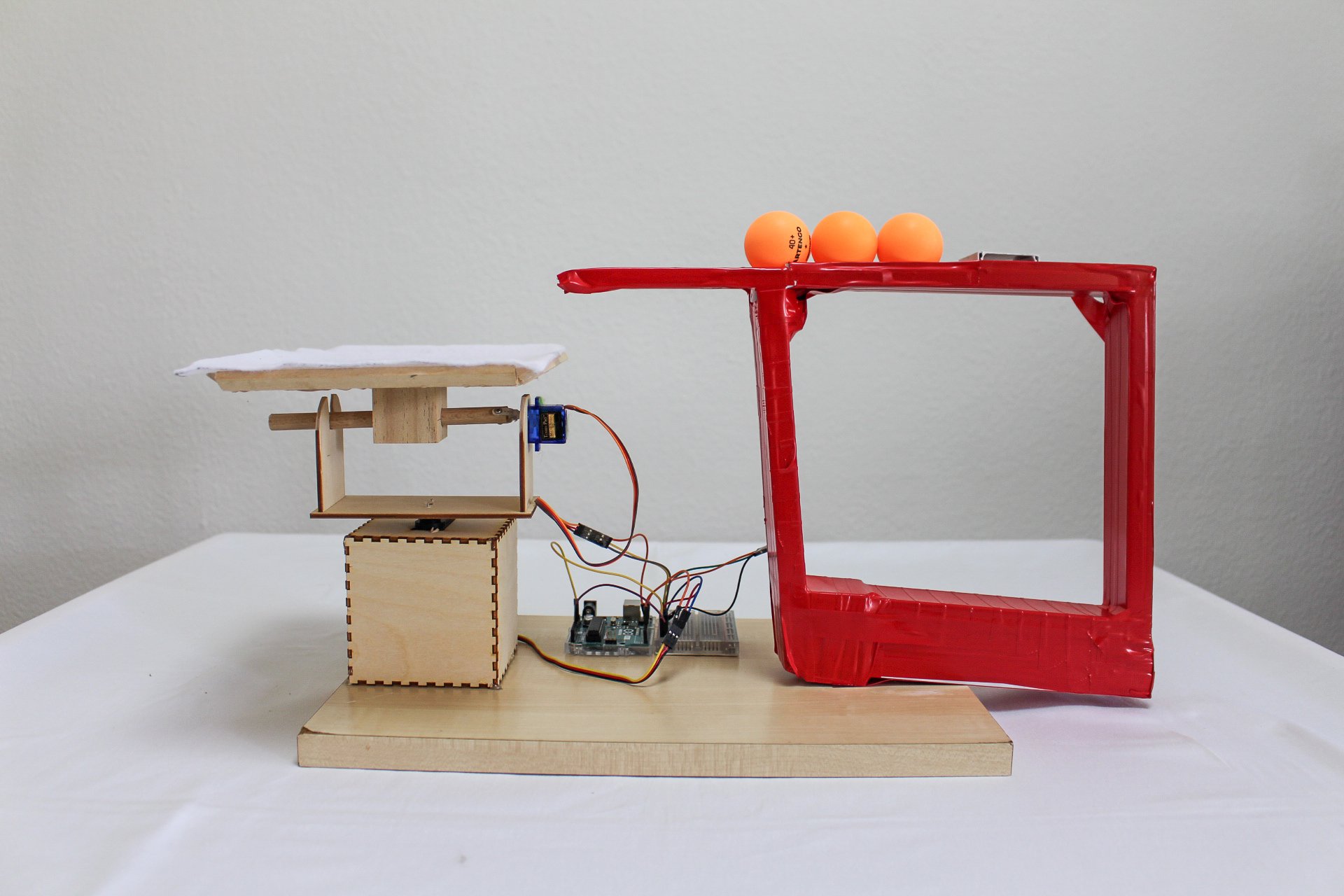 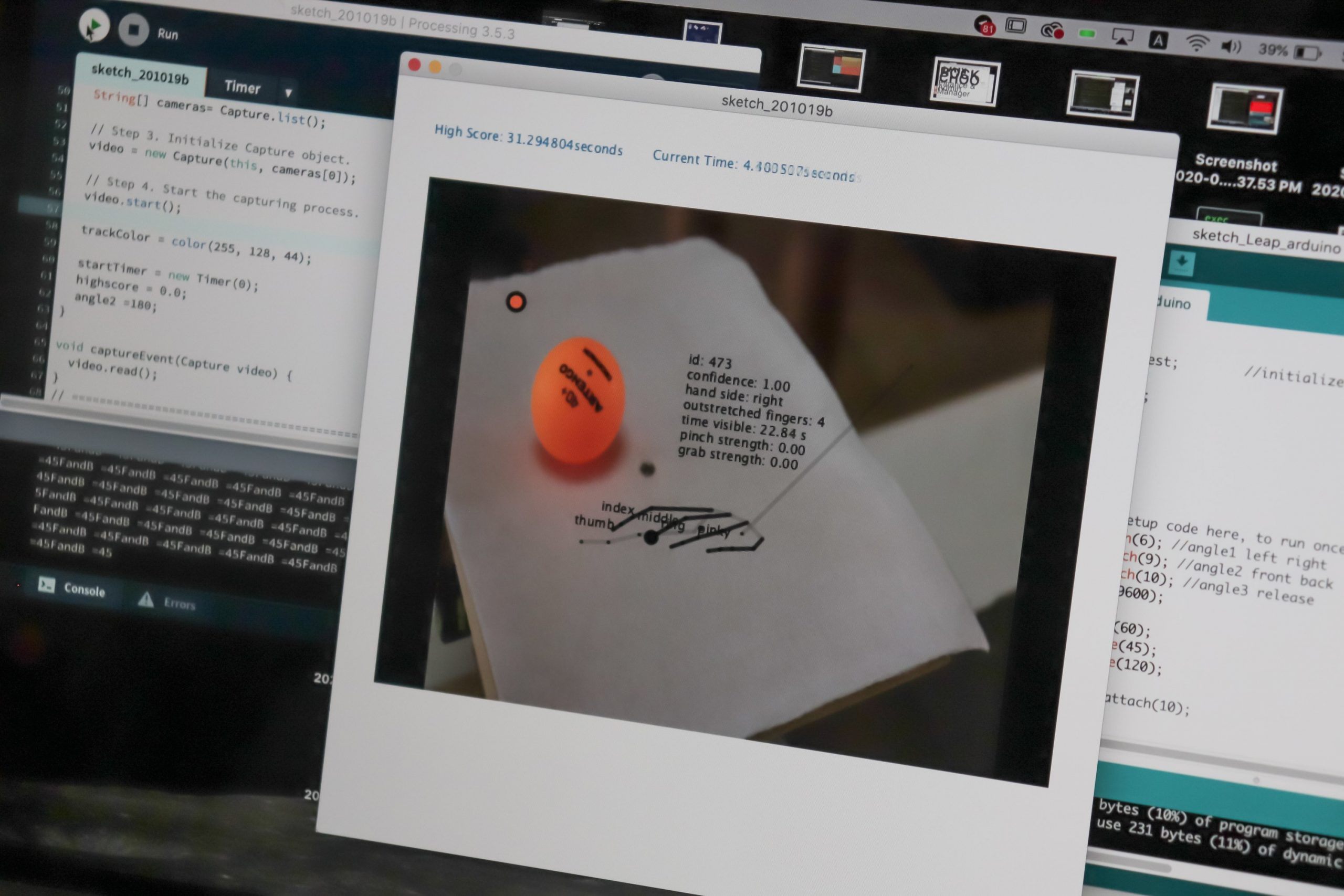 The goal of BALLance is to balance a ball for as long as possible without having to physically touch it. By redefining the idea of physical toys, BALLance is made to exemplify the idea of telepresence. It gives participants a façade of being present at a place other than their true location. Being able to play BALLance remotely, this system renders distance meaningless. 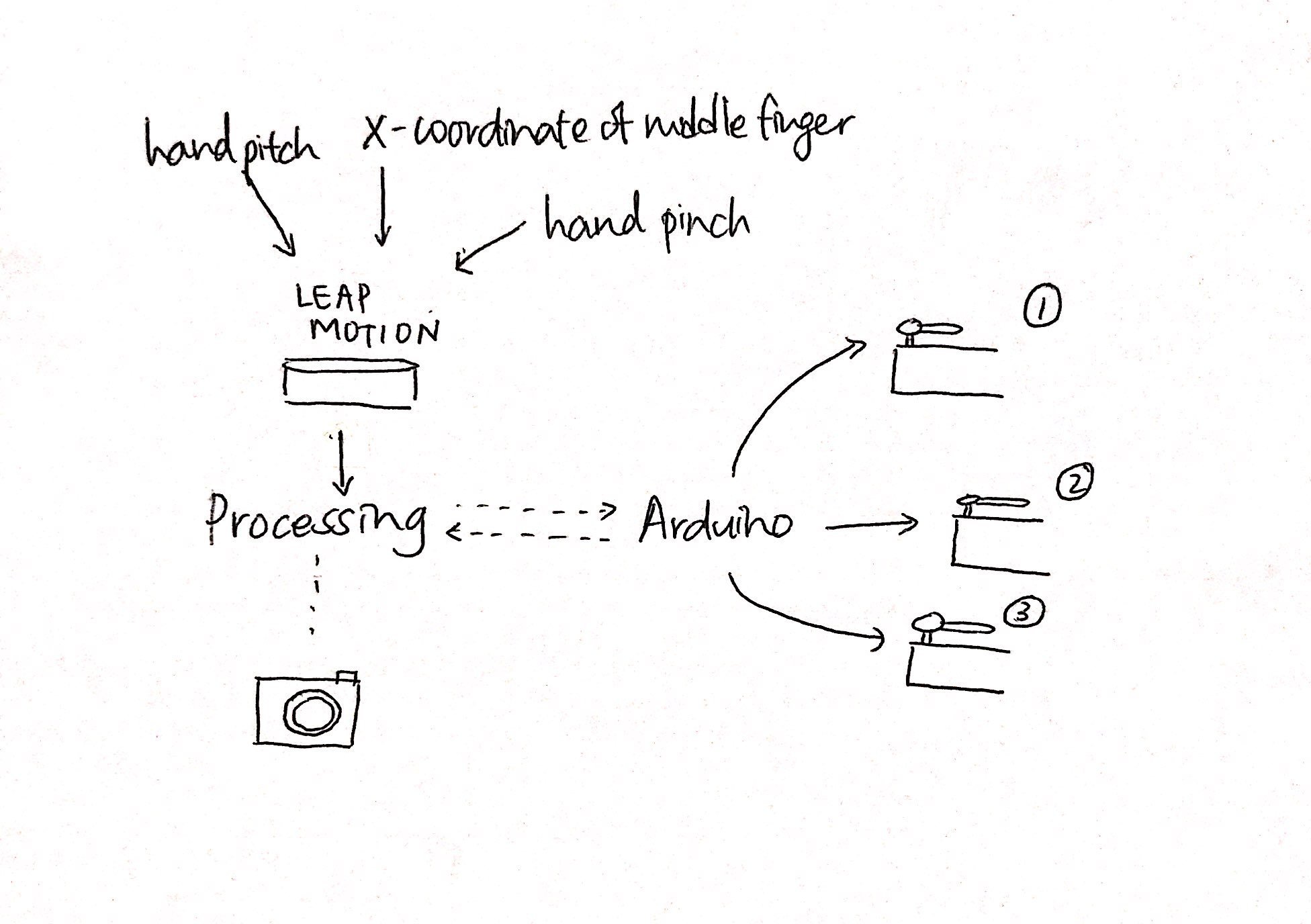 In order to release a ball:
– When a pinch is detected, Servo motor 3 is activated.

From where I left off, the low fidelity prototype, here are the updates to the structure: 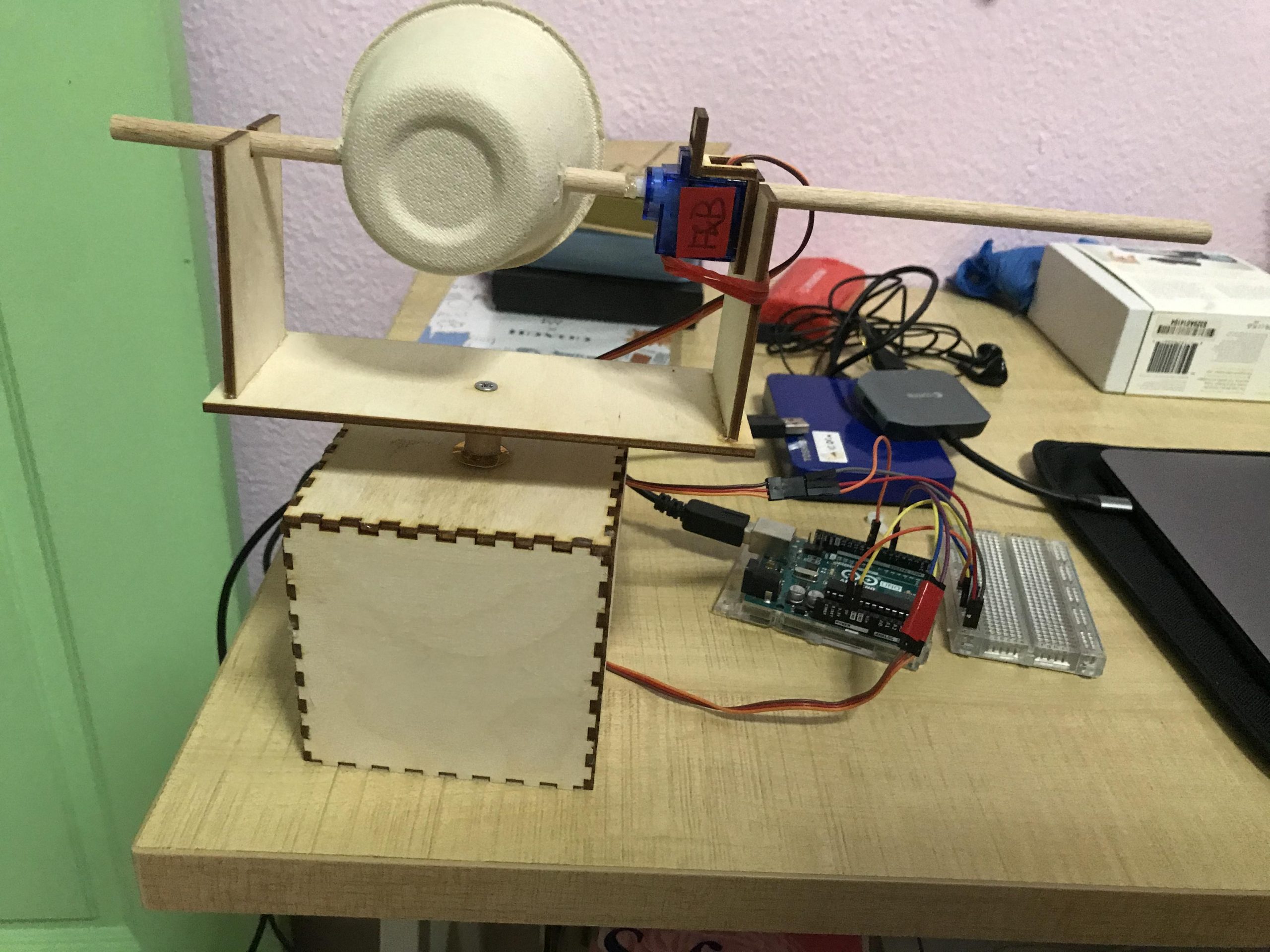 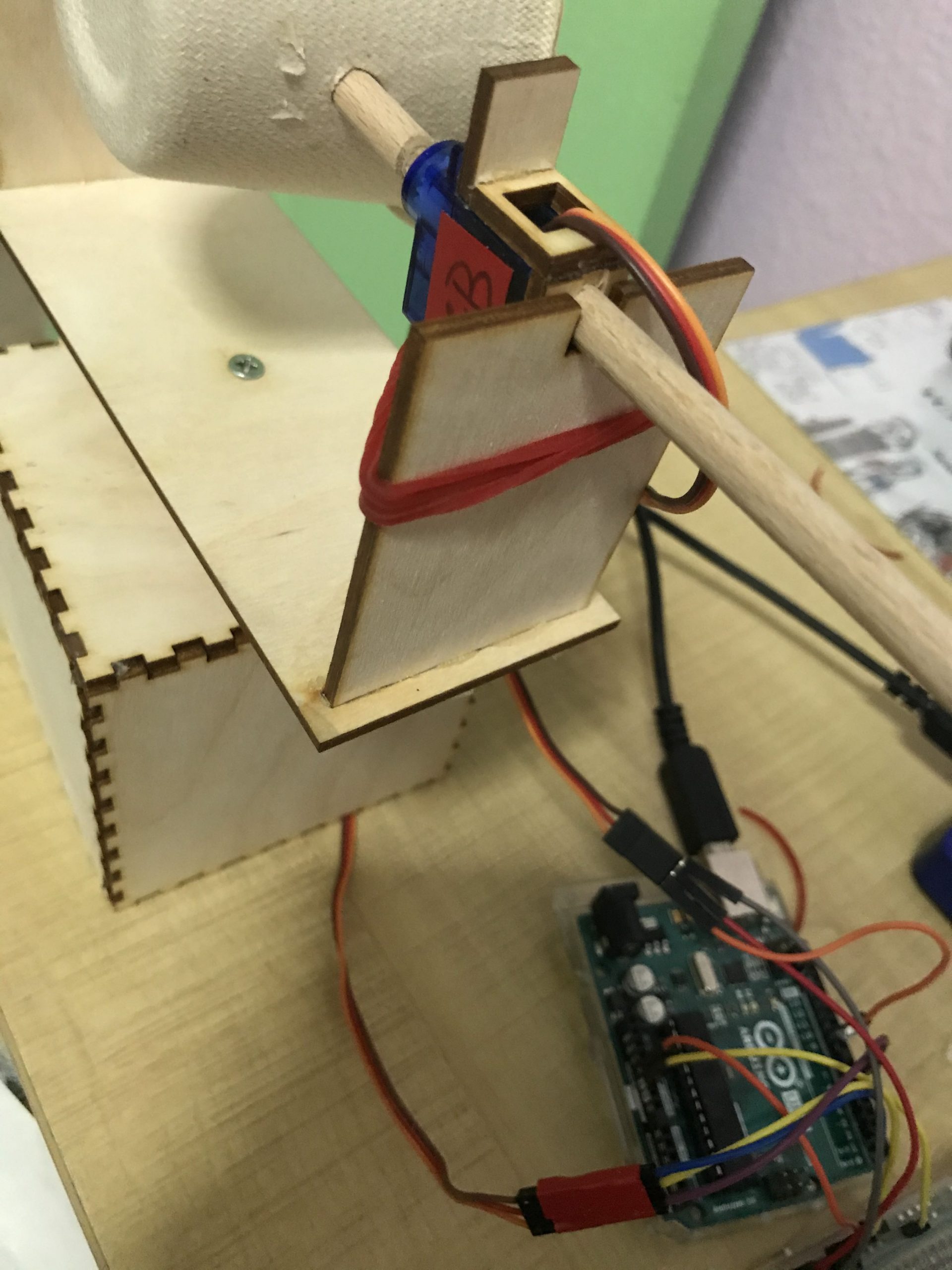 The main issue with this structure is that I totally forgot the body of the motor needs to be mounted on the structure so that only the rod turns. Thats why in the photo it is held on by rubber bands. After dealing with the mounting, the corners were in the way and needed to be shaved.

Also the snout of the motor was SO tiny the rod barely held on so I needed to find another way to attach it. 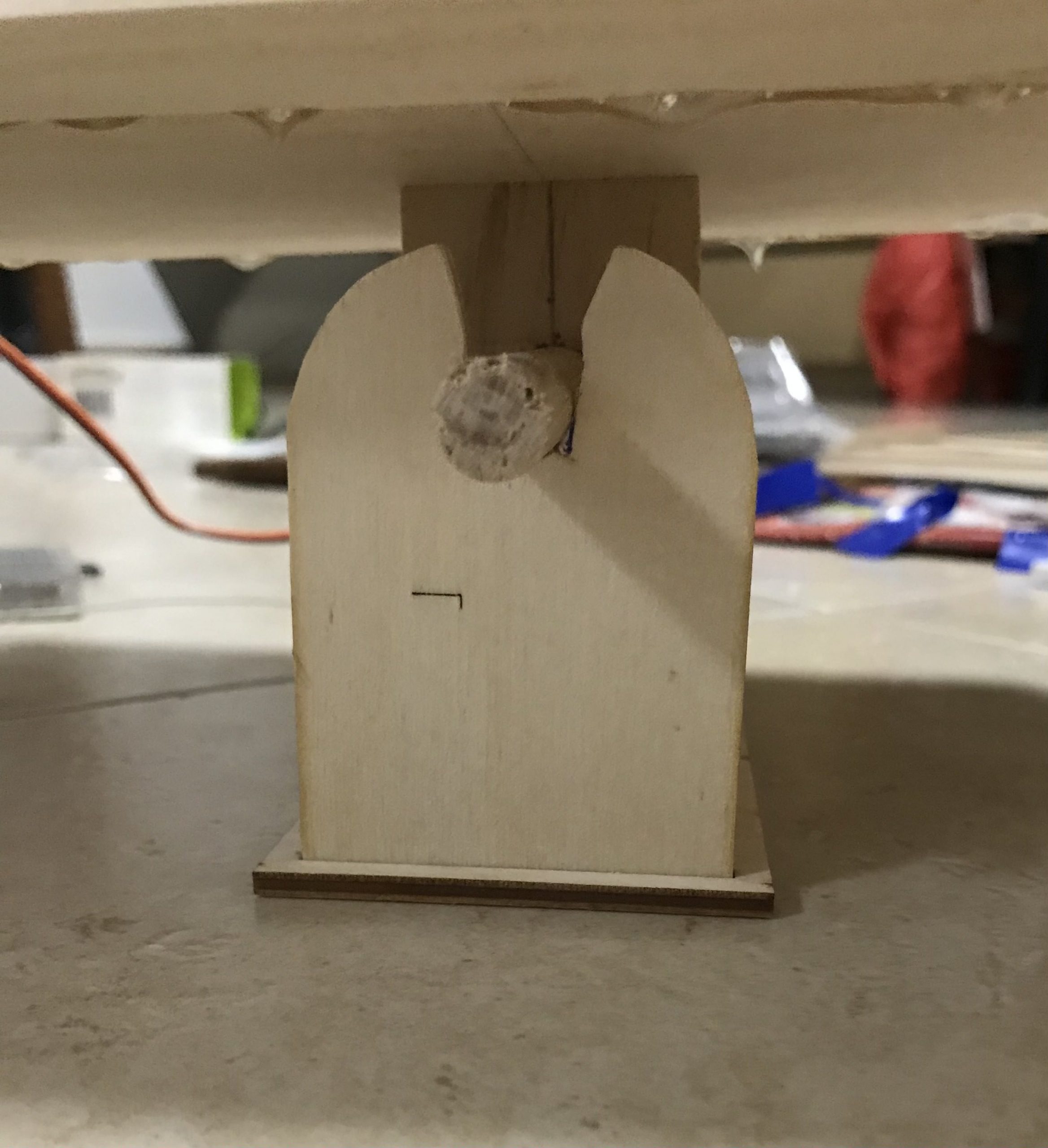 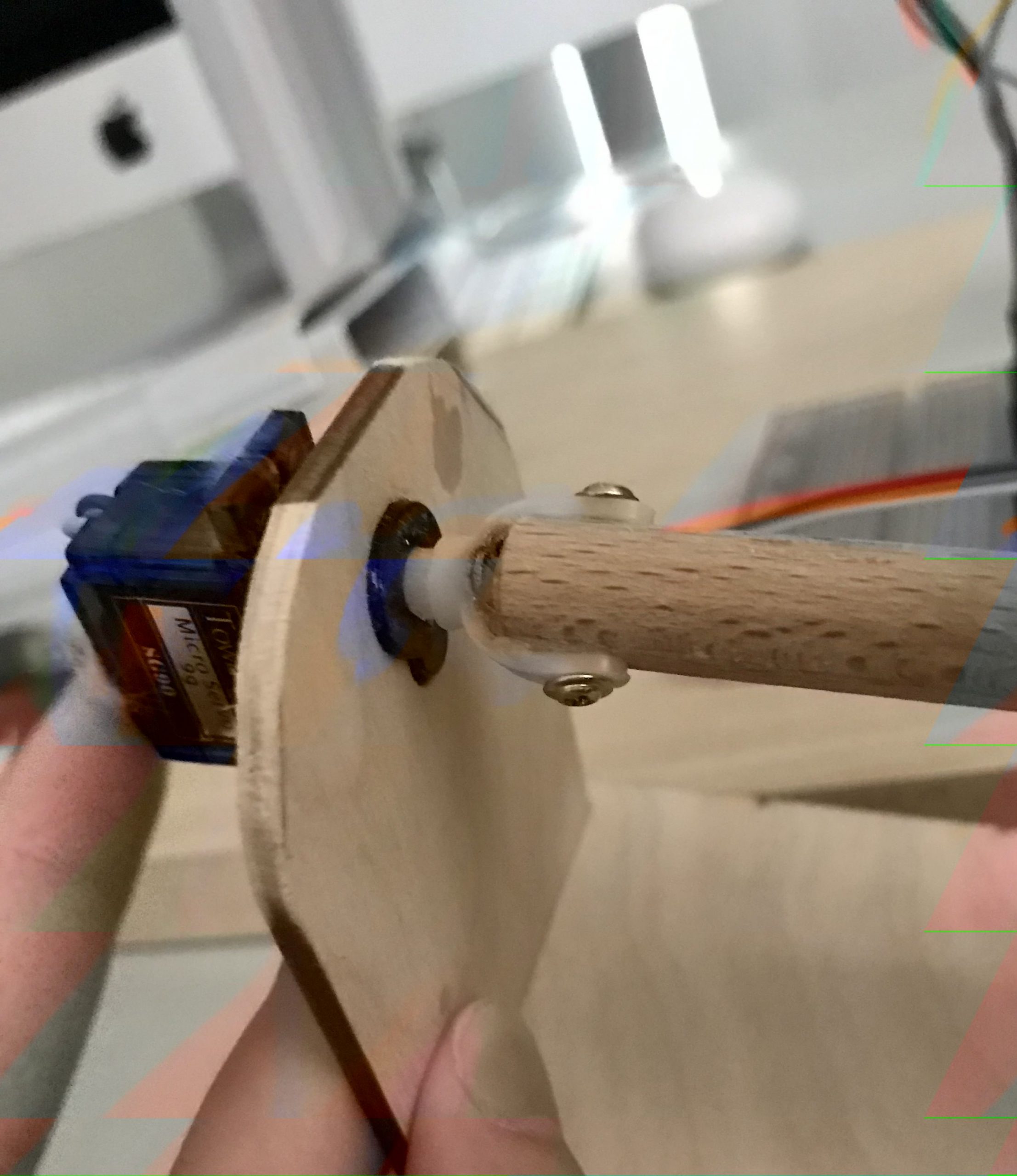 The other motor for front and back.

From the video above, the next alteration from advice of LP is to add a cloth and thats what I eventually settled with. Works great! 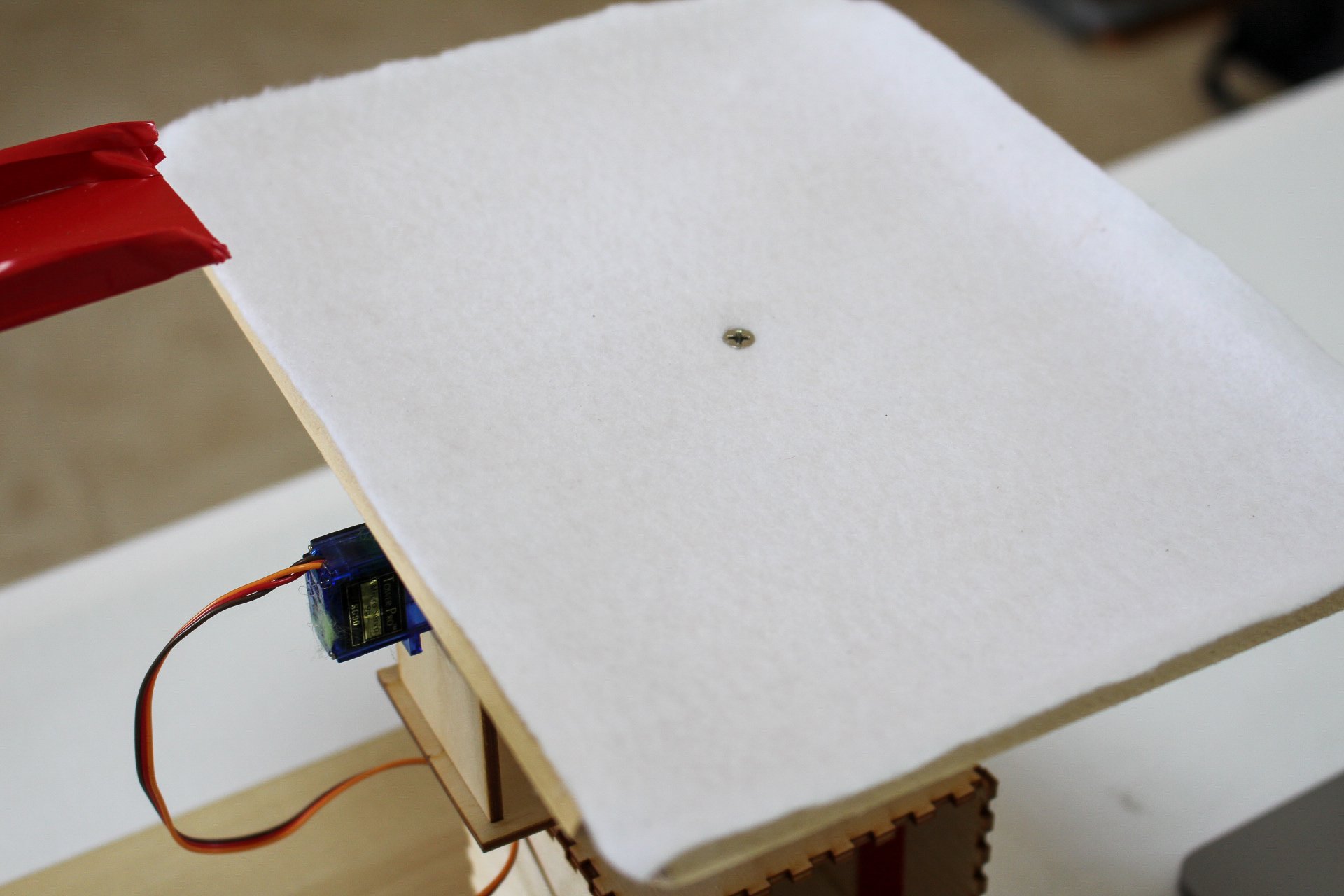 Basically works on: looking for a pixel closest/is orange and starts timer when that pixel is found aka ball rolls in. Timer starts. Timer stops when pixel is gone aka when ball rolls away. Compare this time to previous high score time. If it is longer, becomes new high score. 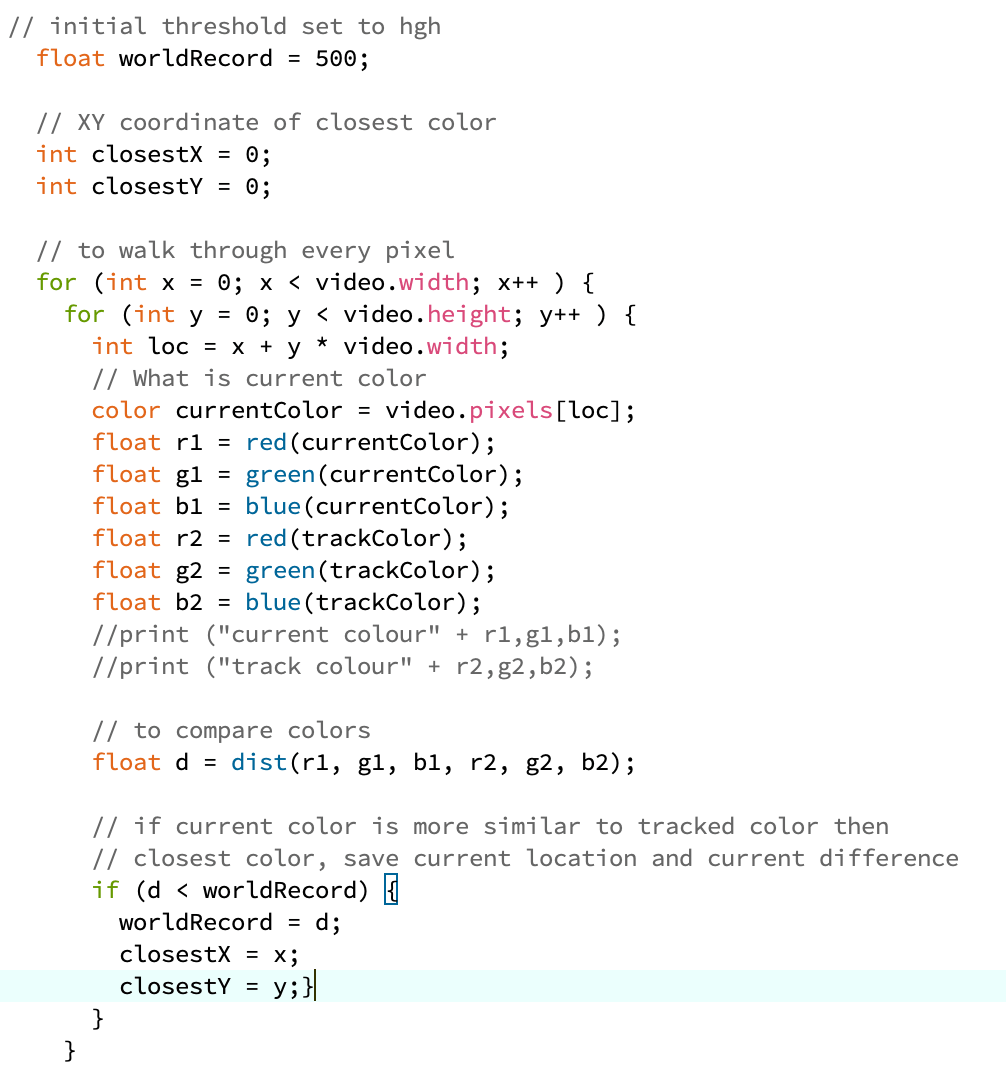 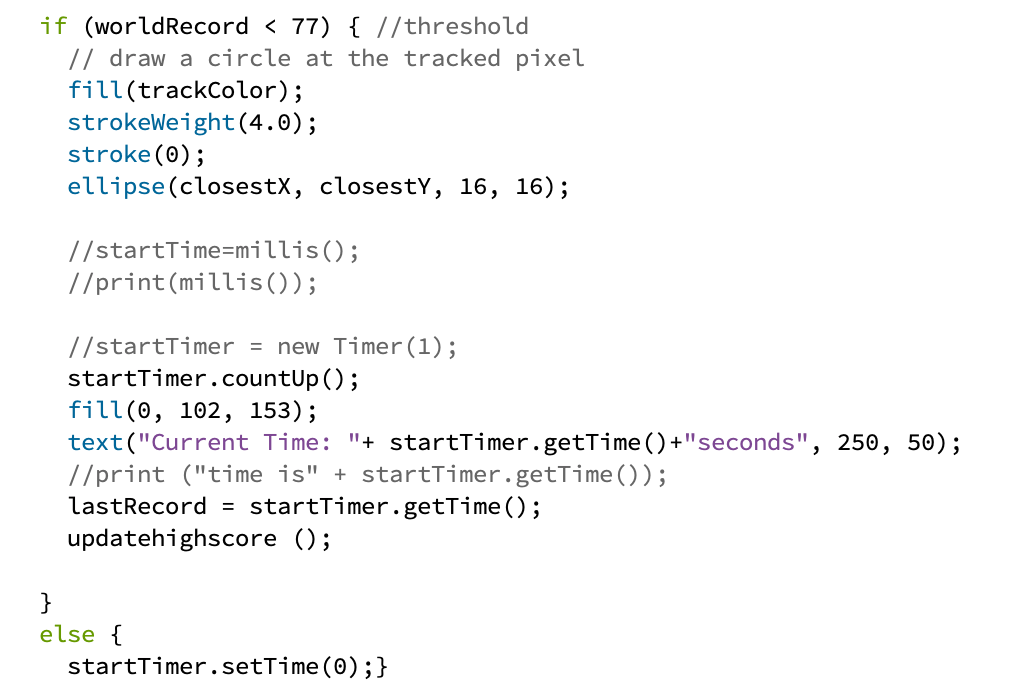 Initially had some problems with setting up a camera, but problem solved using Processing 4. Also, managed to set up DSLR with Camera Live and Camtwist through Syphon to set up a virtual webcam. 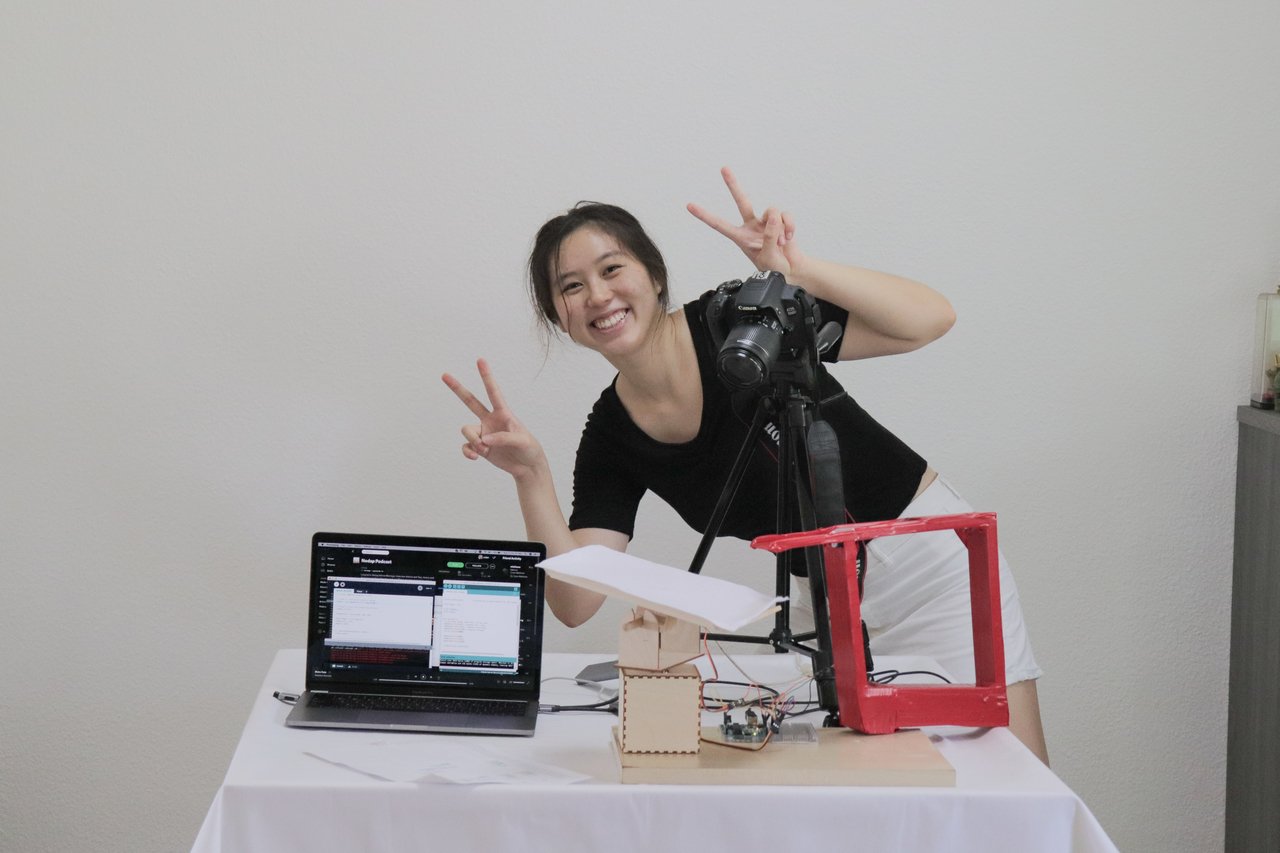 Final thoughts:
This project was so SO much trial and error. Because there was not one fixed result I was looking for, sometimes I was not too sure if the ball is rolling off because the ramp is at the wrong angle? Or was it the board is small? Or simply because I was lousy at the game and lack hand eye coordination. I had to try many various calibrations, keep picking up balls to try my best in finding a good in between. I also had to brainstorm a way to get the ball onto the device without having to physically touch it, since I felt that could vary the gameplay depending on how the ball was placed onto the device.

Overall, if given more time, having the feedback from user testing, I believe if I could some how calibrate the board toward the Z-axis, this game could be a-lot more convincing. So if you dont already know, data is a trendy and essential thing. But where does all these data go? Sure you have heard of this saying, “lets save it to a cloud drive, we dont literally mean a CLOUD drive.”. In fact, there are actually stored in data centers on many servers, sometimes also known as server farms.

With this in mind, I would like yo bring your attention to this quote from Straits Time.

Scientists have predicted that, at this rate, the world will run out of data storage capacity in 181 years’ time – even if every atom on earth were used to store data.

OH NO we’ re in troubleeee.

I will be expounding on Descriptive Camera from Matt Richardson to address this issue. What the Descriptive Camera does now is that it describes what is seen in the photo. But in my ~genuine~ opinion, with internet feeding us images and information all the time, I honestly do not see why I need a camera to tell me what an item is unless the item is hella INTERESTING.

So this is brings me to my (crazy) idea: A camera that you got to log into with ur social media accounts and whenever you take a picture with this camera, it will tap into the algorithm thingy that social media uses to keep you addicted to your phone by suggesting what you might like based on what you’ve seen. But this works in reserve, instead it filters everything in that photo you have seen too many times and is no longer interesting. This will leave you with just the interesting portion of the captures.

In my head, this means if a particular genre of photo has been taking too many times by the whole world, to the point that you can search online for it and find something similar, the photo will practically not be taken because its a black photo. Eventually deleted, in turning SAVING SPACE.

Sure it will also be a vicious cycle to the rest of the internet that revolves around images. Now even IG can reduce its space storage.

Overall, this is my primary thought. I think this camera can also speak for many other issues. I could see that if this camera gets employ, it could create a rat race to see who can upload whatever first- looking negatively, this could be talking about society’s obsession with trends; positively, we could say this is pushing for innovation. Who really knows?