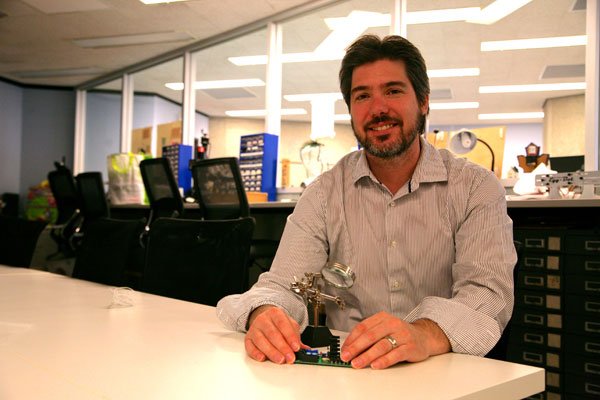 First coined in 2008 by Matt Ratto (seen on the featured image), the term ‘Critical Making’ was used to describe the process behind combining ‘Critical Thinking’ and ‘Hands-on Making’. This meant using physical material and technology to analyses and show a deeper understanding for social issues. In Critical Making, there is no longer a divide between critical theory and artistic practice, but the practice itself is critical and philosophical.

Standards methods of technological design has placed too much emphasis on efficiency and productivity. This has been so overpowering that it has led to the lack of emotions, cultural richness and human-oriented values in our daily interactions with objects and daily activities. The phrase “man conforms” is technology-centered, rather than people-centered. We have unknowingly allowed technology and its products to take first place and lost focus of our intrinsic human traits such as curiosity. Hence, this propelled the establishment of Critical Making which addresses what technological designs lacks- or lost.

Critical Making is noted to have similarities with Critical Designing because both of these practices are out to provoke emotions, thoughts and feelings within our fast-paced, efficiency-driven environment. However, unlike Critical Designing which is centers around an end-product, Critical Making has placed its emphasis on the process. With that, I have a video to visually aid this concept.

This video shows a professor trying to put forth a proposition that students should put away their expectations that weighs them down and goes on to smash his laptop. This provocative act clearly demonstrates the very fact that students have too much pent up notion of how a typical class was suppose to be, maybe possibly built up by other professors as mentioned in the video, leading to the mention of expectations. Amidst this, students has lost themselves and this was reflected when he unknowingly took his laptop and smashed it. It is more than just the sudden peak in volume why students got shocked and I believe it points back to the pre-conceived assumptions students already have in-build within themselves.

This entire act did not end the professor with an object but instead his message was driven through the “final prototypes existing only as a remnant of the process”-the shattered laptop due to the smashing.

By re-inventing approaches and creations, it can open up new possibilities that was once rejected or unthought of. Critical making help both the the public and the designers focus on the lived experience of making and the role this plays in deepening our understanding of the socio-technical environment. In conclusion, I would also like to suggest that Critical Making has an invitational element to it. It invites people to connect to the world. Being a maker basically gets the public to acknowledge that someone somewhere made something and it didn’t just fall from heaven. Hence, the choices made by the designers, which may often be open sourced, implemented into the object will impact the public and in case of Critical Making, intervenes in societal issues.