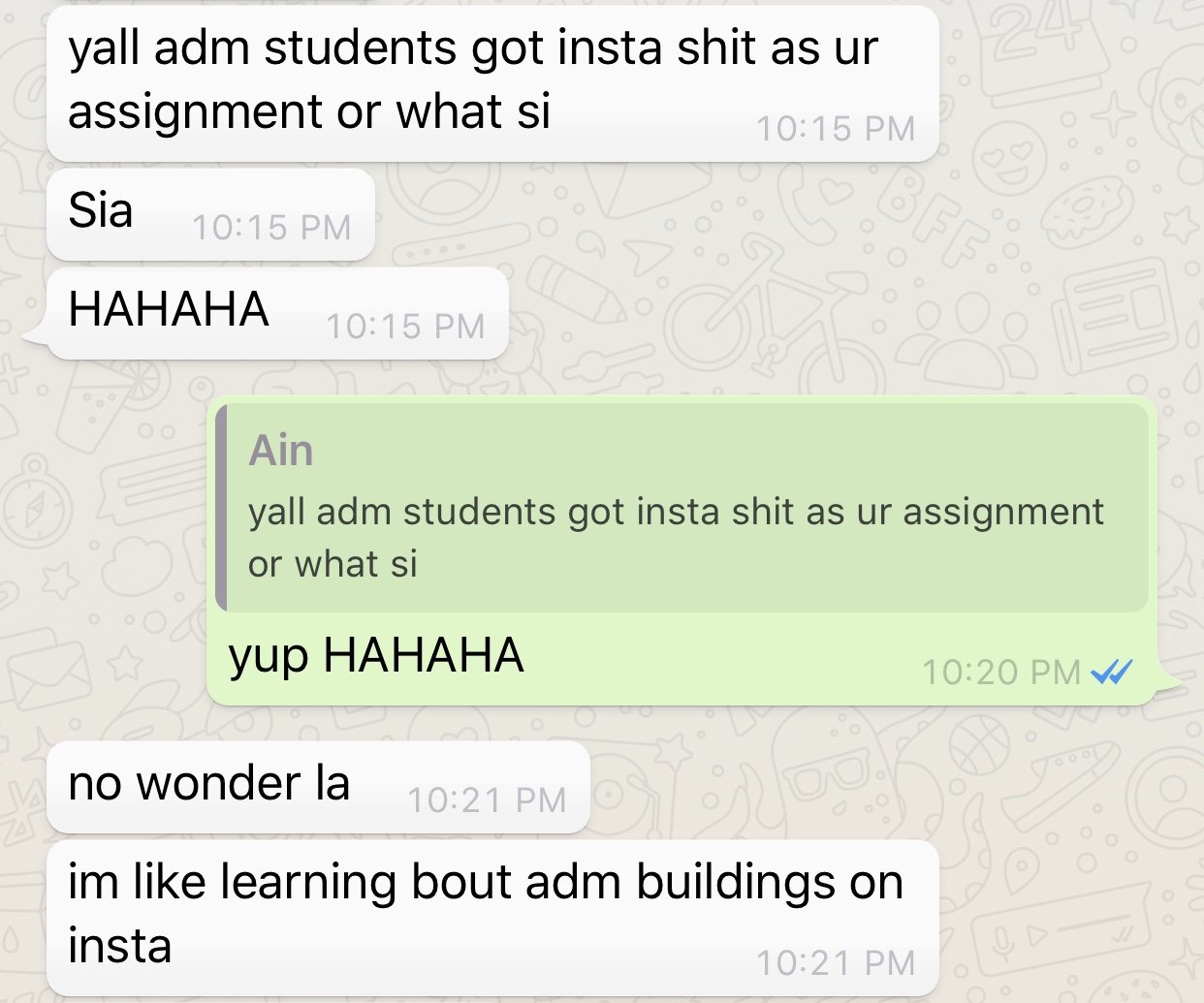 I would like to title our piece (done up by Alicia, Brian, Shaojie and myself) “family house”. It depicts how despite objects are being passed around the family members in different rooms, it still stay within the same one house- almost presenting a paradox just like the project title “Together Split”. With this concept, we translated it to our video, the multiple screen being the rooms in the house, the entire video representing the house itself, the dish/bowl/pot/water being the objects and lastly us as the family members.
It was a scene in the house of the process of a dish being made, cooked, eaten and washed.

This was shot at multiple locations. The various locations were outside ADM, Alicia’s dormitory, the pantry and the toilet. This stretch was due to logistic issues. 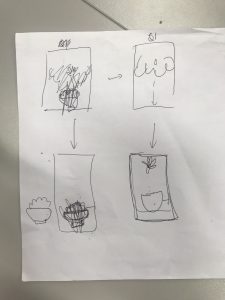 With these 4 lines,
(Q1) “wow this vegetables looks so fresh”
(Q2) “ah boy cook finish already come and eat”
(Q3) “mm delicious”
(Q4) “ok time to do the dishes”
we tried to establish the garden, the kitchen, the dining room and the kitchen again respectively.

In order to execute this, we took visual cues directly from the screen. Perhaps the only few instructions given beforehand was everything was to be in the middle so the grass was dropped in the middle, the plate to be shot in the middle as well.

But of course, not everything turn out according to the plan (40min plan to be exact), we actually realised that the final cycle was actually slightly laggy and at the same we also still found it so short– fickle minded us!

Personal reflection:
Yes it might not necessarily but the best production level or entertaining however at least to me the dishes/eating family home scene is relatively clear. Found the exercise actually pretty fun- maybe it’s because we took this so seriously and even went to the extend of taking the pot that made me want to join in the spontaneous-ness of my group or the tedious process of swopping phones just to get the screen order right that gave me a sense of satisfaction when we finish it ON TIME.

Out of all the Micro-Projects,