This post is on behalf of Amanda as well.

Our slides can be found here: https://docs.google.com/presentation/d/1e5uYuny3iQMTBn0vnnRxMaPln7Q5ZNOllpJ3mc1SVSA/edit?usp=sharing

Our scripts are both placed here: https://docs.google.com/document/d/1dOhSwPklAzzNol6l6en8i8IkIzTXS1L5lGYYy8GiQfU/edit?usp=sharing

I went into the reading with the presumption that the only aspect that sets Movies and Games apart was the role the viewer plays, the former being one that simply watches submissively and the latter one that plays assertively. After reading this essay by Marsha Kinder, I have came to realised that while that is seemingly true, it is not the only limit in the terms how the viewer can participate in both cases and the stance the player chooses the narrative changes accordingly. All of which can be subtly manipulated by the author.

Kinder claims that “any simple distinction between active game players and passive movie spectators would be naive”. It seems if any game players were too fixated on following the rules and attaining the goals, which seems to be typical impression of a gamer, the player would be missing out on the narrative set out by the author. Whereas if any film watcher was to just simply observe the visual at hand, without having to formed their own associations, the viewer would have totally missed out on the narrative the author has set out to convey. What I interpret from this is that there ought to be a balance between the stances of the participants to be able to respond accordingly to this ‘algorithm’ that the authors have put in place that guides controls the users’ reception/ though process. Participants need to be both an active game player and passive movie spectator at the same time.

However, personally, with this theory set in place, I can’t help but think that gamers tend to loose out for the appreciation of narratives in games. I understand that Kinder has quoted Manovich that its the “well-defined task” put in place that “makes the player experience the game as a narrative”. Yet, to me, even though there is a set of rules and goals being put in place, they are limited to how much they can control a a participant. Kinder claims that there is a desire to transfer feelings of control over to the real world. With that said, I truly believe the drive induced behind wanting to win a game and hence ignoring anything in context to be utilised to form the narrative is highly likely, especially because there is a stake at hand which is implicated in the real world, whether physical or emotional.

Comparing this to movie watchers, it is innately predisposed for humans to make meaning of visual materials so, it is difficult for humans to be simply observing a film without interactive spectatorship- even without an explicit ‘rule’.

I am not saying that games are not visual materials, but what I am saying is that the algorithm, the set of rules has induced a drive to win that is much stronger the drive to bringing in their own associations to form a tale.

Perhaps this is why Kinder mentions that film adaptions of games are not doing as well as game adaptions to film because in the case of the former, films remove the push to gain whereas in the latter, with the enhance from films, the propel for victory is only made stronger. 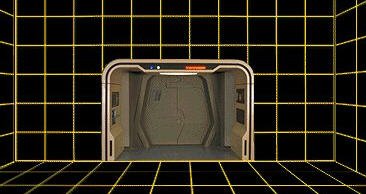 One revelation that sparked in my head when I was reading this piece was the fact that the four essential properties of creating a digital environment (namely, procedural, participatory, spatial and encyclopaedic) was not all establish at one go, instead this concept is only pieced together over time.

We start off by observing that digital environments are procedural through the example of Eliza. How rules that were created within Eliza’s responses that allows for behaviour and the embodiment of a therapist character. Though in my opinion, relatively rigid, this guides participants towards creating a narrative within the system.

Next, we see how Zork has evolved to include a participant into the system through its gameplay. It now focuses not only the rules but shifts towards what the participants was experiencing. Being able to more vividly engage the participants through challenges, Zork was able to evoke a sense of consequence- which is why I feel like there was a sense of participation as compared to Eliza.

To add on, Zork also gave a perception of space through its response content. By implying that the surroundings of the game could potentially affect the result of the game, this heightens the sensorial experience for the participants and have now suggest that there is an environment to navigate around. Analysing Victory Garden, the environment in and of itself already dramatises the message behind the piece. In both pieces, the environment plays a vital part to enhancing the narrative.

Lastly, looking at the many works that embodies the property of “encyclopaedic” , it seems to me that humans have evolved to really enjoy snooping around. For sure, there are still limitations in terms of what can be found and read but yet the idea of being able to take it in within your own time and sequence seems to grant this sense of assumed freedom which in present time seems to be a necessary trait for something to be immersive/ “living-in-the-moment”.

All in all, to me, I actually enjoy the fact that the idea of interactive narrative is constantly developing. There is still so much more ways and beauty to be discovered. For sure though not every way is going to be receptive but the fact that humans grow with these developments feels like theres a sense of challenge. Challenging humans to think and be comfortable with the way certain stories are being told but also to challenge storytellers to go beyond the unimaginable. The challenge seems awkwardly assuring and I take heart in it.

I was shocked to see that this book was published in 1967. It almost seems to be a little too accurate of a prediction, on how we live our lives now. Capitalism has definitely engineered humans’ behaviour, from post-world war. It has redefined what ‘basic survival’ meant. It seems like Debord was trying to suggest that we constantly need (not want) more into to ‘survive’ in this augmented reality even though we have met the true essentials. But what struck a chord with me was the idea that we don’t just ‘need’ from a place of genuinely having something improve our lives but instead we ‘need’ because it would make us look more attractive to others. We are obsessed and bombarded with images and appearances and it completely overweights the truth and experiences. While the idea of the Spectacle has infiltrated the collective imagery, it has most frequently done so through the popularisation of its most glaring surface, heading us towards aesthetic capitalism. A personal example for me to illustrate this point would be when I first got a Macbook, 16 years old me definitely did not know what brilliant retina display meant but she knew that owning a Macbook meant- cool and hip. Another example would be when I post IGstories of myself at the gym. By posting a photo of myself there, often its not about what I have done there, what I have gone through but instead, its the portrayal, of how I want others to see me- fit and healthy. Yet, knowing this and realising it now, it is slightly uncomfortable to know that we have been sustaining such a mindset, it is almost impossible to reverse it anymore.

“Jurong My Love” was written in a very palatable manner. Using examples like “kind that causes your glasses to fog up the moment you disembark” or “When I awoke, I was in the clutches of the Far West.”, makes his experiences relatable even though I might have never step foot into Jurong (except for the fact that I have to go to school in Jurong). Through his use of the Bus99 ride, I can sense the extent of his attachment to Jurong not only because he put it such that it took him from one place to another around Jurong but also because as the bus journey went on, it also illustrated how his thoughts, his behaviour transformed as he grew older. One instance was when he mentioned that in the past when he was younger, he would pretend that he wanted a slice of watermelon from the perplexed fruit stall Auntie so he could break my $2 note and get a 10cents change in return so that he could call my mother while now that he is older, he takes the same bus to deliver dinner as part of a meals-on-wheels programme catering to the low-income and/or people with disabilities. It leaves me with this impression that he use to benefit from comfort of the people in Jurong when he was younger and now that he is older, he is in Jurong to give back to society.

Drawing parallel, even though NHB Trial Booklet is mainly fact-based, I came to realised that there are a significant amount of developments in Jurong that stem from wanting to benefit the community. Whether it be preserving the forest reserves, Goh’s folly/glory or housing construction, everything stems from the fact that is an actual living community in Jurong and what is done in Jurong alway aimed to implicate them directly and positively.