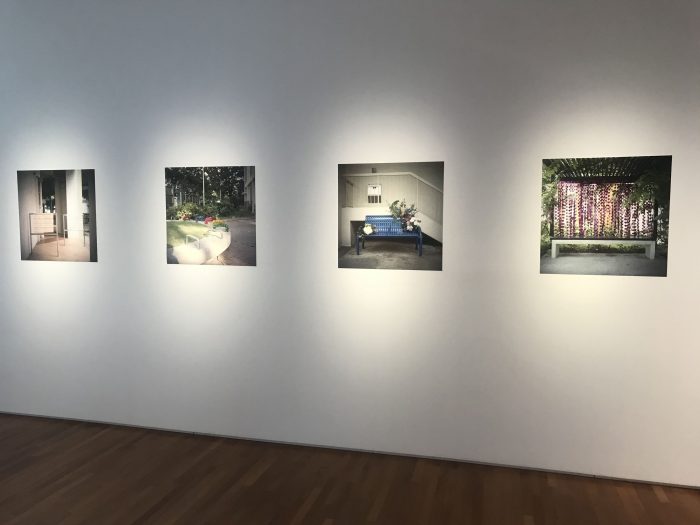 One of the takeaways I had from the session on Thursday was that each art-piece within the exhibitions were not just independent works but instead, they are all co-related. Well that may already seem very obvious however, i felt that the relation was not just bounded by the title of the exhibition alone but even in the way they interacted with one another.

Aki Hassan’s ‘Weighed down by an Uplift’ explores the idea of support systems right in front of Kin Chui’s station 13010 which takes the form of an alter. Upon stepping on the pedal of Tini Aliman’s ‘Pokoknya: Organic Cancellation’, its sound, as well as those coming from the various exhibit, all gets amplified. Stephanie Jane Burt’s ‘Dressing a Window’ stand right in front of the descriptive wall of ‘Time Passes’, which both draws inspiration from the novel ‘To the lighthouse’.

To me, this almost seems to be reflective of the bigger picture during the Covid period. While we were all “trapped” in our physical homes, there were many social issues now brought up and re-evaluated, but these overlapping conversations all essentially boils down to asking ‘How should we be?’. This crux presents the idea that there is power in connection. Connection referring to the hope that all the artists were holding onto, that even though might have different starting ideas, when placed together in the same room influences each other to be integral in shaping this place to become a better home. 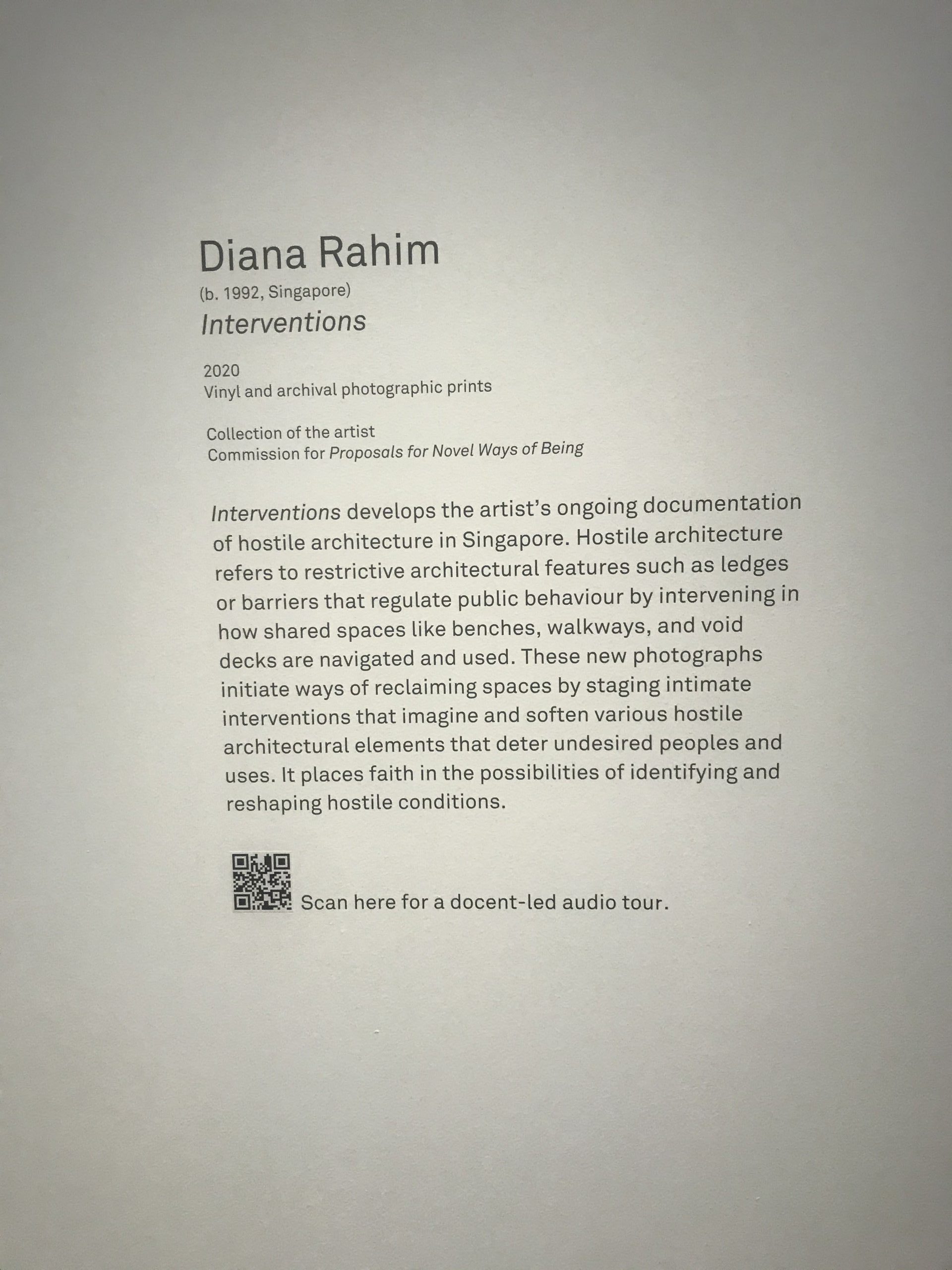 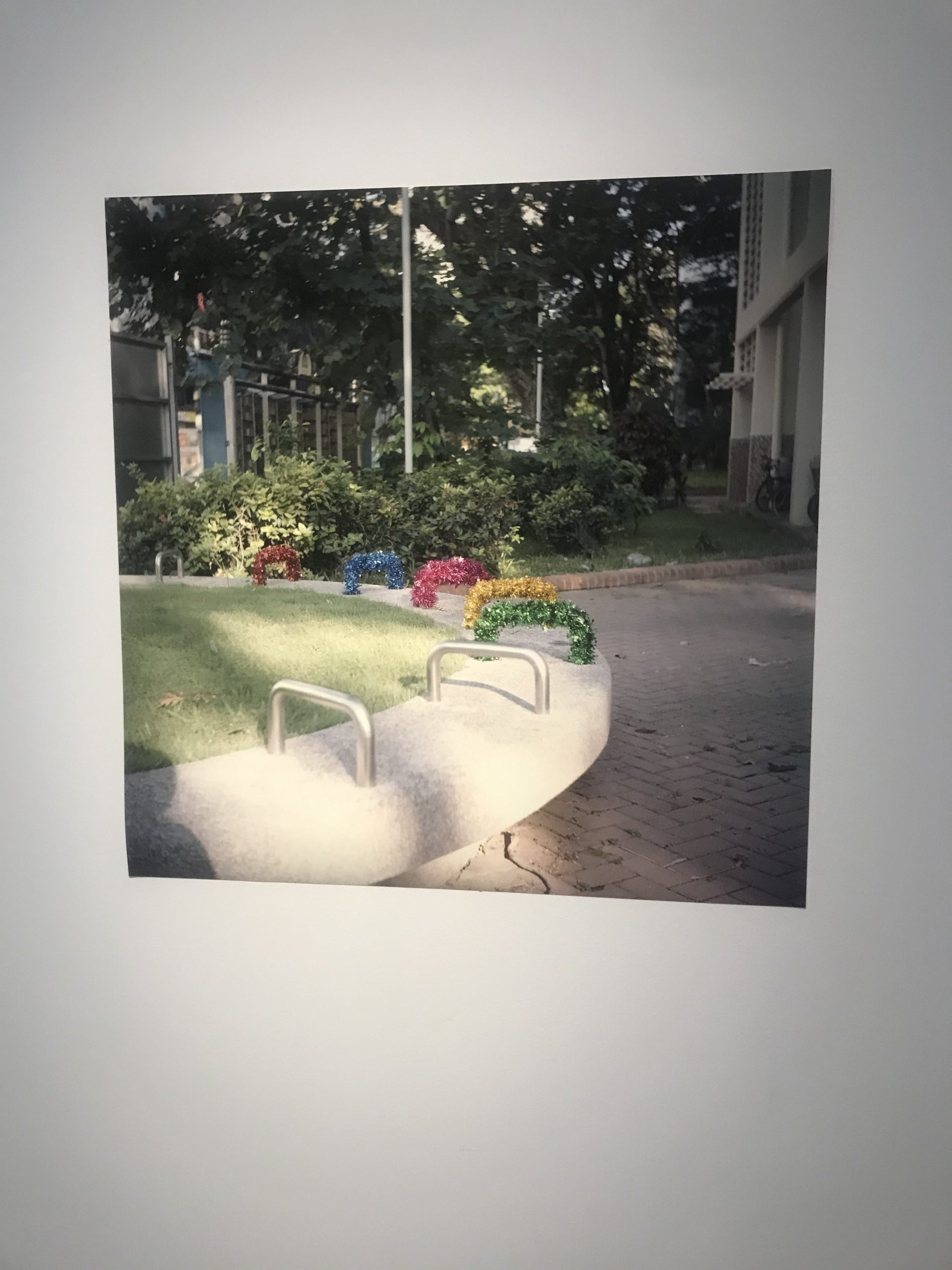 Diana Rahim’s Intervention is the piece I am choosing to explore further today. This piece caught my attention because I came to realise how desensitised I was to the structure of the public spaces around me. I have always just took it as it is, without knowing that my physical body could be subtly controlled this way. When Samantha brought up the part on her experience with Diana to put up the tassels and the flowers, I had so many thoughts running through my mind. I guess we have truly been so passive with our relationship to our public space that visual images are just not enough. It is to an extent that we need something literally skinny and sparkly to have kids coming up to play in such spaces or to even realise of its existence. Maybe the concept of spatial justice just isn’t apparent for us and we cannot see the effect such barriers have because we are so privileged? After all, we are not the ones having to look for a bench to sleep on at night. Taking it to another level, it was also the artist’s way of intervening with the space. She is literally stimulating modifications to existing systems, just instead of merely raising awareness. Almost as if she is saying “This is how it could potentially be. How do you like it?”.

Diana Rahim is a writer and photographer who often calls into question whether a capitalist city-state Singapore has moulded the way we have access to basic human needs and daily life. She started the journalling under the hashtag of #sghostilearchitecture. In the midst, she noted some interesting points, one of which being,

Does it work? To be honest was its effectiveness ever the priority in its installment? Or was it just some money spent to signal that “something was done” by authorities, to show that they responded to (some) citizens’ needs and that they care about public safety? Sometimes a barrier is a barrier, sometimes it’s a signal, a proof.

While this quote is referencing the barriers protecting citizens from e-scooters, truly makes me wonder, who are the government really orchestrating this barriers for? Because right now, to me, as someone who is about to set foot into the working world, it almost feels like a warning saying “You better work hard and earn money if you don’t to be a victim of these subtle weapons”. And if these are “subtle weapons”, why is it we only have a say in the colours of our HDB flats and almost nothing else about our public spaces?

She also sees a recurring theme, not just in the aspect of hostile architecture but the detachment we have from feeling the full weight of things have already been integral to our lifestyles. From culture, class, or religion, even to the way we pick out our food. What I hope for myself is to have a desire strong enough to first be critical and notice the patterns because it is subtle until it isn’t.

Naddy and My presentation on Inner like the OutAR

Our sound clip is inspired by Pacman but it spots the following differences:
1. Pacman becomes the character you avoid.
2. You only have 1 life.

This was our initial storyboard: 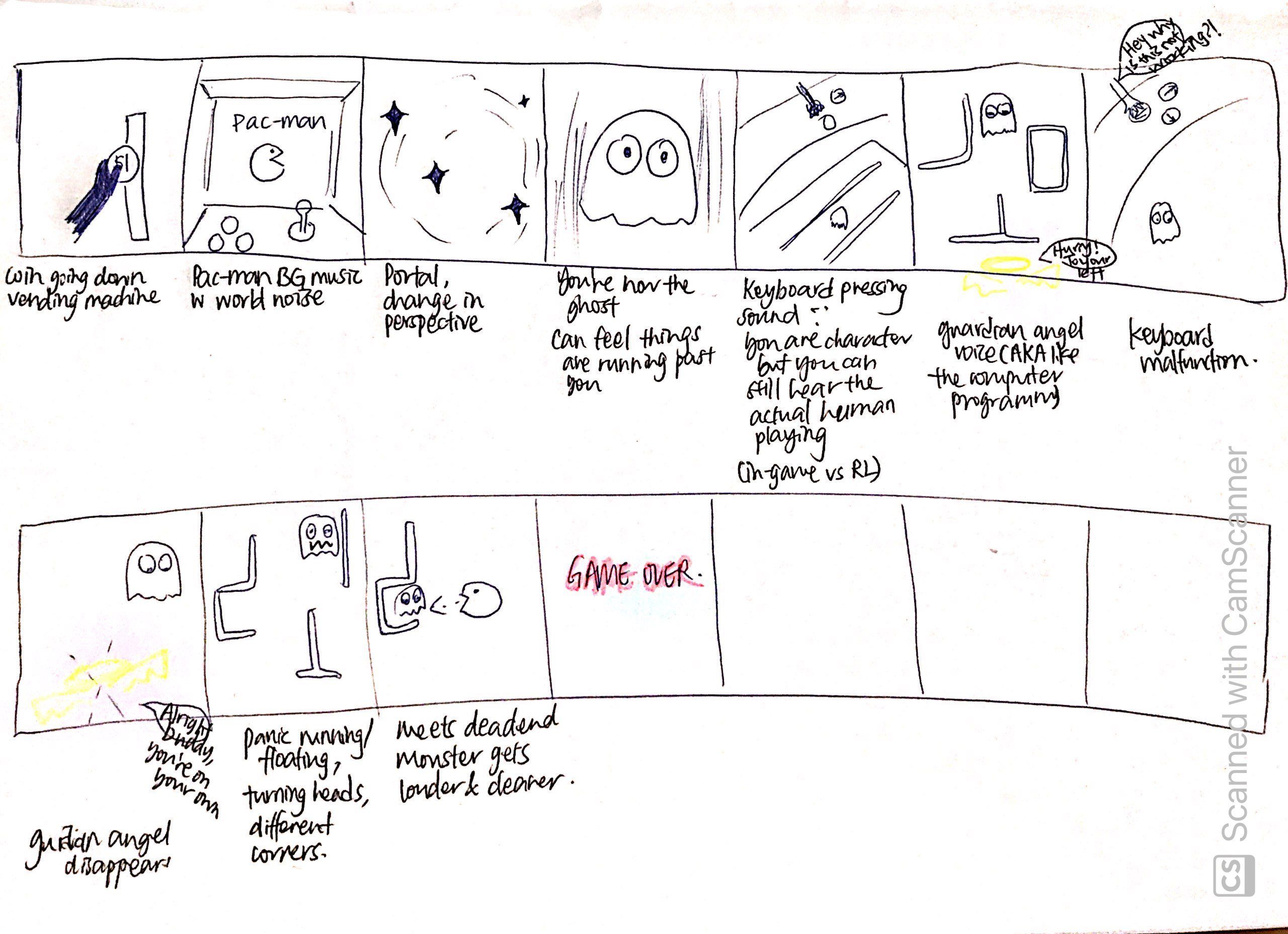 However, after recording and editing, we have narrowed down to remove both the in-game and real life character, focusing mainly on the experience of the in-game character. Having too many layers made the sound clip too noisy and, also we had to take note of time limitation.