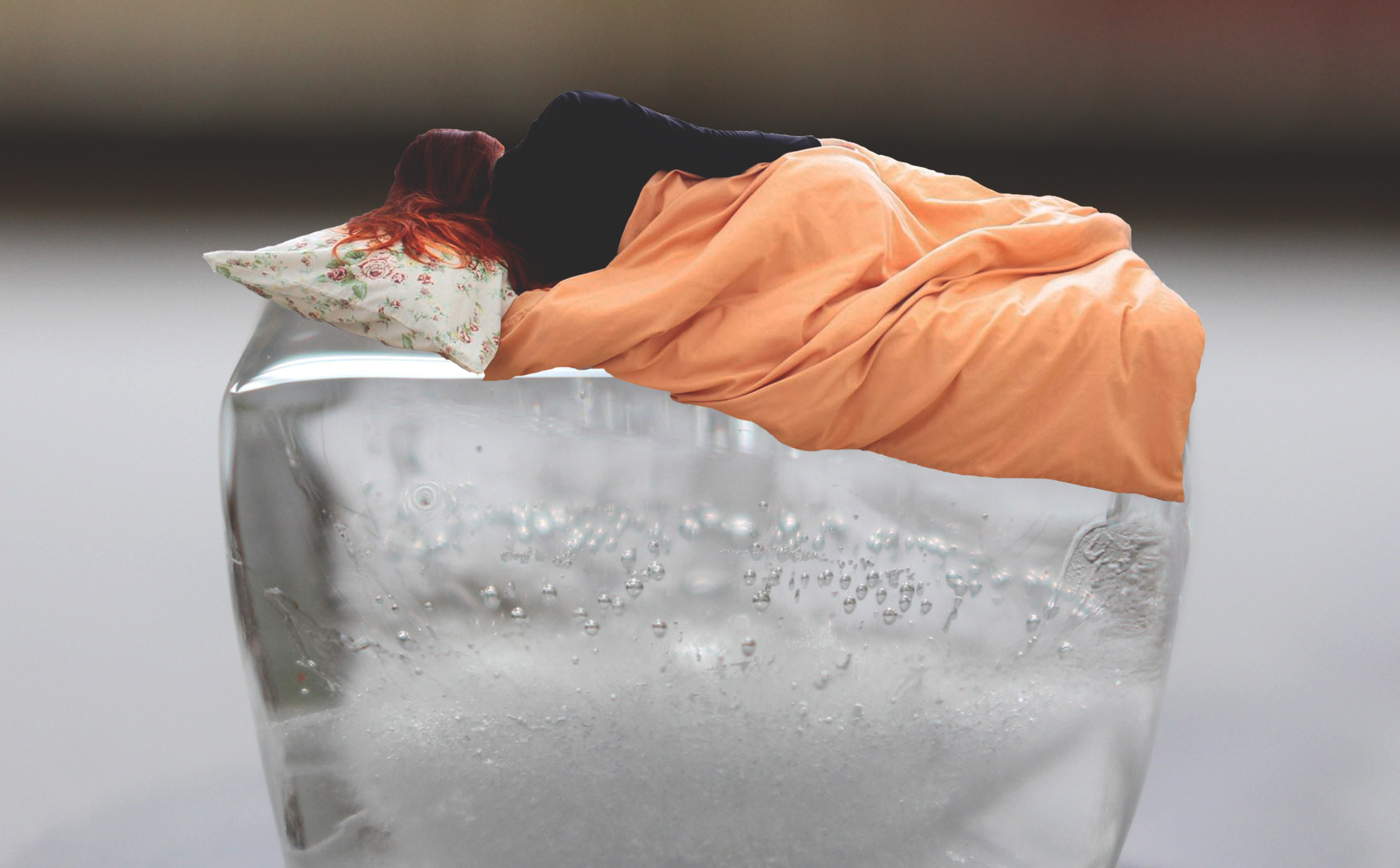 The object that I picked out was an ice cube.

As for Component 1, I wanted to bring out what I felt was unique about ice.

For the first photo, I thought that something really interesting about ice is that even as a solid it is able to float in water which is a liquid. 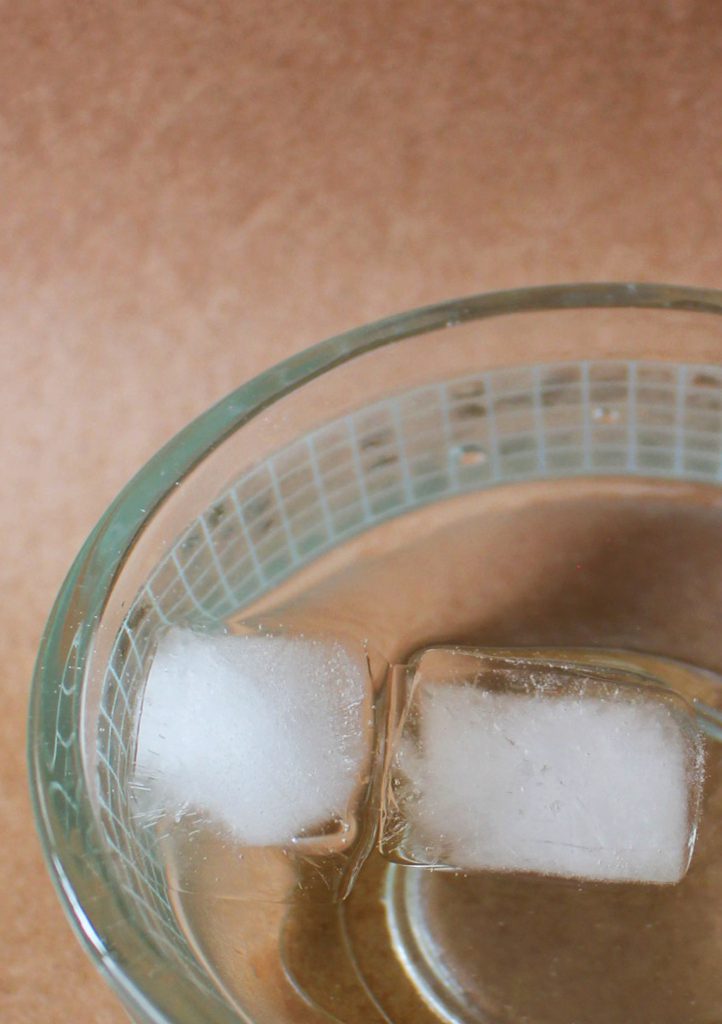 For the second photo, I wanted to captured how ice interacted with fabric. Upon long contact with fabric, ice melts and freezes the fabric with it causing the fabric to stick to the ice. 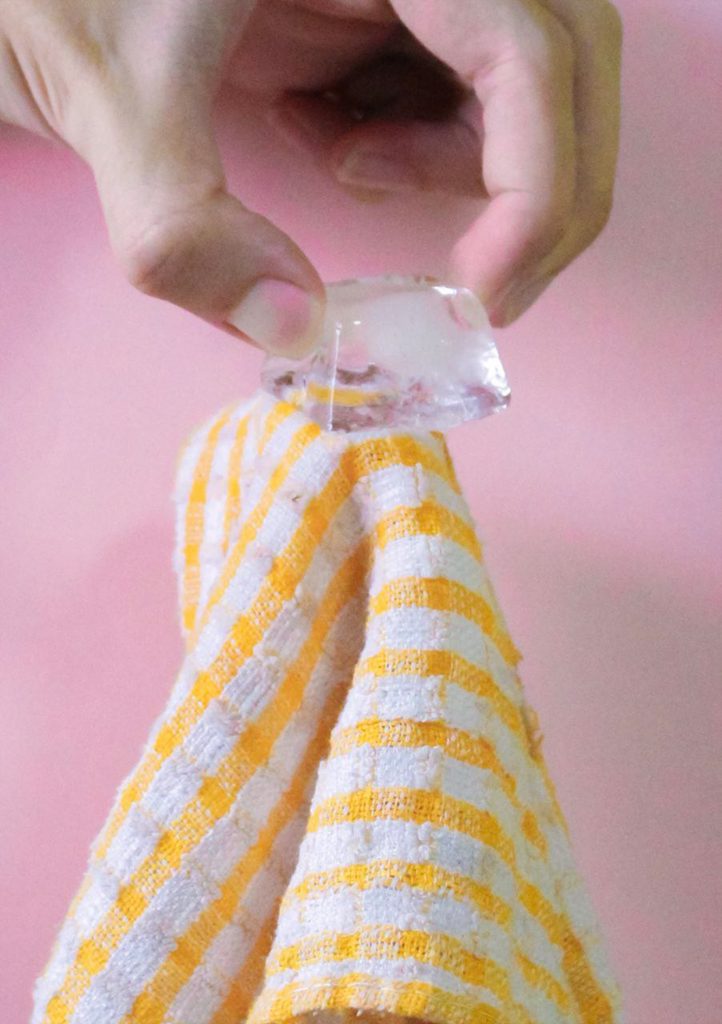 Hence, you see here that even though lifted, the fabric doesn’t drop.

The last photo is taken to depict how brittle ice is. Upon dropping it, it will break apart. 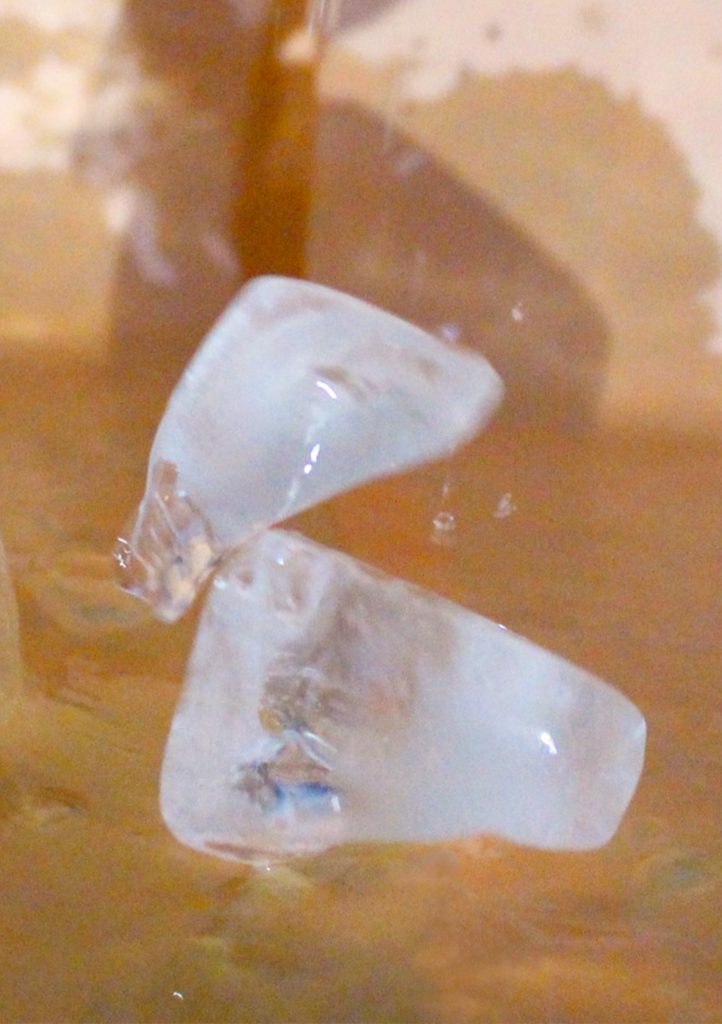 Hence, you see the literal broken pieces of the ice.

Moving onto Component 2, as I was researching I came across a surrealist photographer Ben Zank and I was very inspired by him. 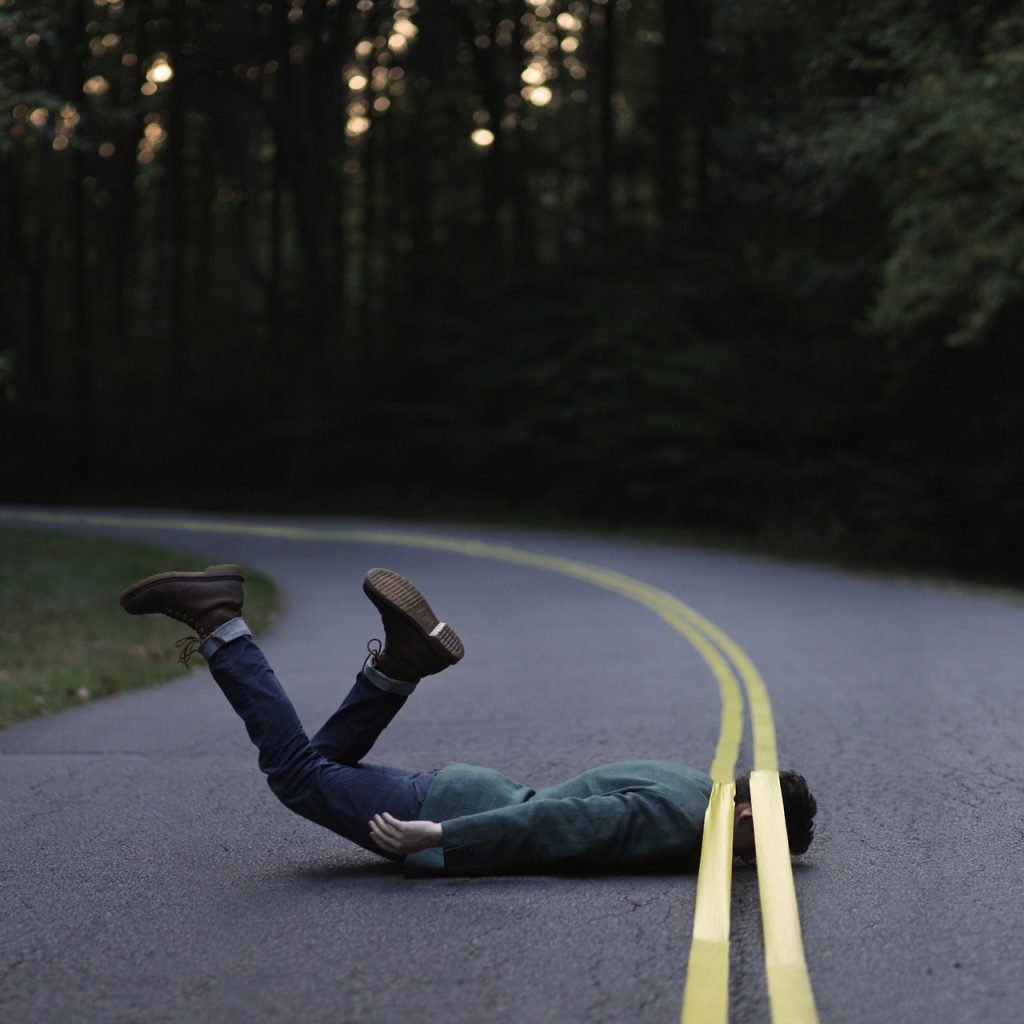 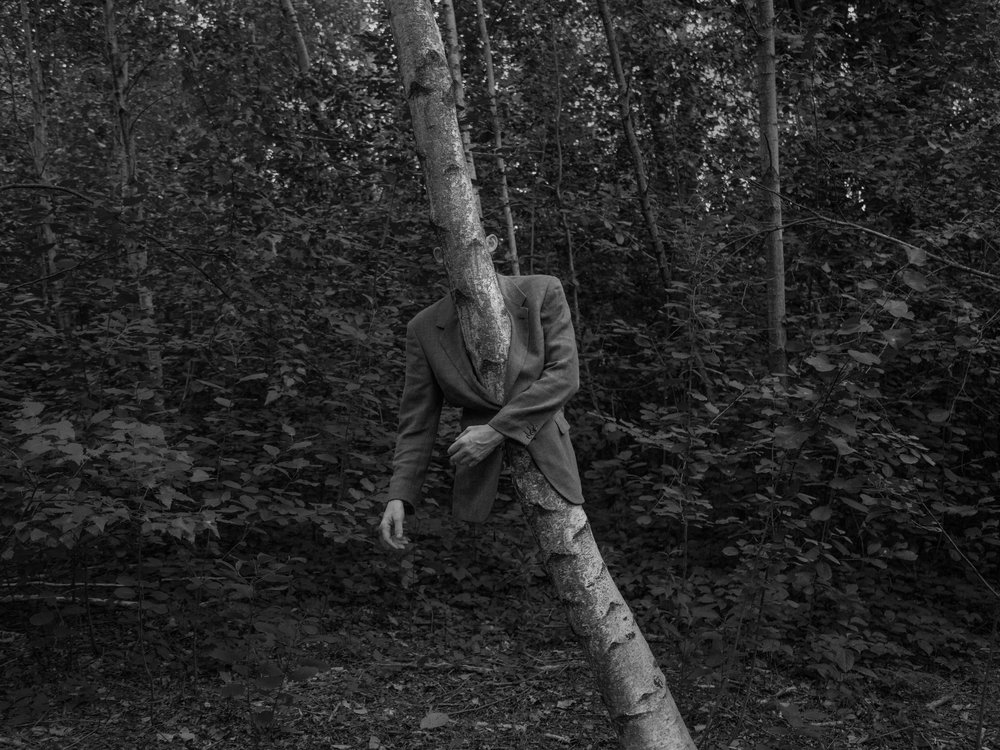 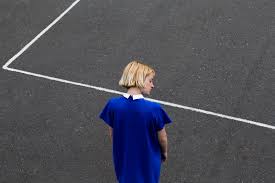 His works often only features 1 person who never has his face full-fledged shown and 1 subverted object. It’s a very minimalist vibe, very clean.

Hence, I tried to adopt that style and if there’s anything at the back, its solely to help with the composition, to help to draw the viewer’s attention to the subverted object.

So as I was thinking only how to subvert the object, I remember a question that Serena asked during our brainstorming session, which part of the body does the object come into touch with? Typically, ice comes to contact with us on the lips when we are having a drink.

Hence, this factor of what the ice comes into contact with was what I decided to change in component 2. 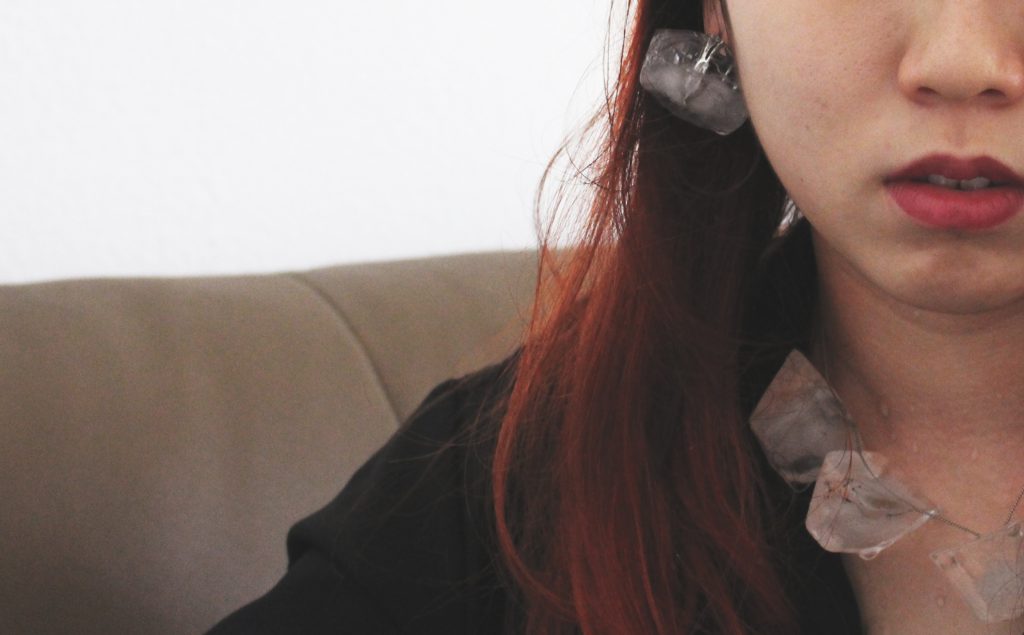 In this first photo, I have made the ice into the beads of jewellery and this is because I wanted to emphasise how the ice cube has now come into contact with the neck. 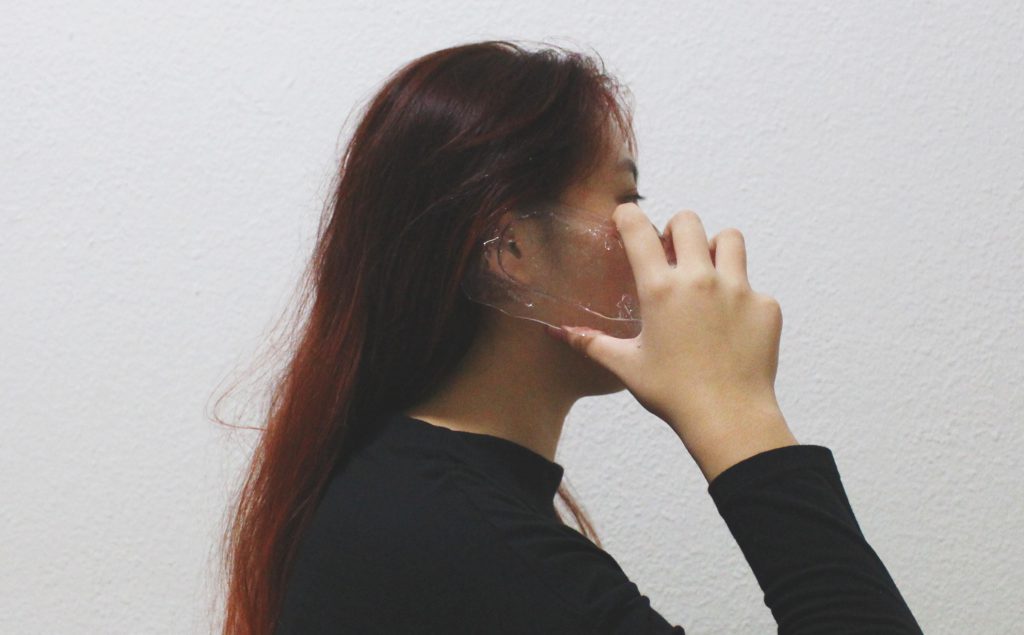 In this next photo, the ice has been modified into a phone. As for phones it’s often in contact with our ears and hands, which here brings out how the ice is now in contact with these 2 parts of the body. 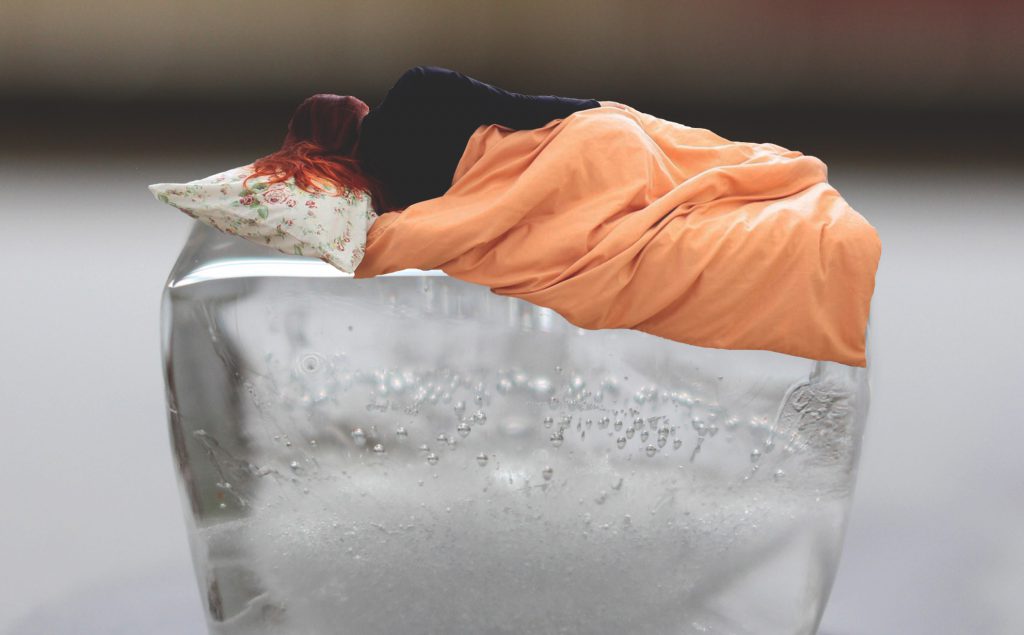 As for the last subversion, I wanted to go extreme and play with the scale which is why I decided to have the ice in contact with the entire body and have turned it into a bed.

This leads me to Component 3.

I have added 2 sentences (linguistic messages) to the last photo of Component 2 and turned it into an advertisement for King Koil, which is a mattress company, and is targeted at new customers. 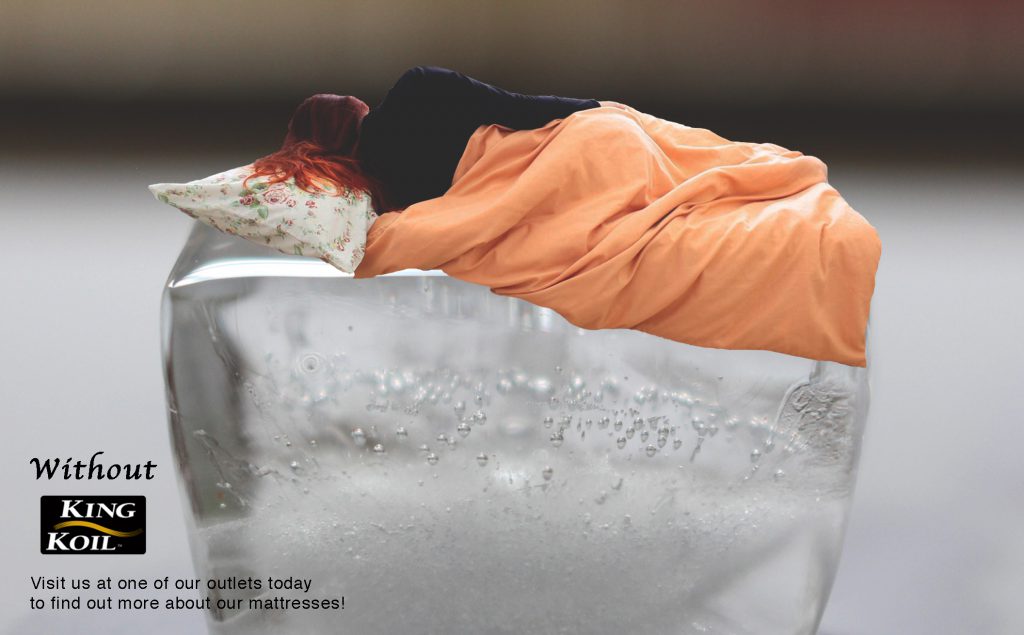 I have added 2 sentences.

The first line “Without King Koil” acts as a relay as it expands on the idea that your current mattress is just like how ice is hard and cold because your previous mattress was not from King Koil.

The second line “Visit us at one of our outlets today to find out more about our mattresses!” acts as an anchorage because it’s a call-to-action, an emphasis on King Koil better mattress.

In conclusion, this linguistic messages would help shape the context of the photo.

Thank you for taking the time to read! 🙂