For Project 2 // Multimodal Project 2, I decided to change my idea away from my LED Calf Compression to a Heating Pad Motivator. This name of my project still remains as <Curing the Couch Potato Syndrome>, and still serves the same purpose but with a haptic output instead of a haptic input this time around! 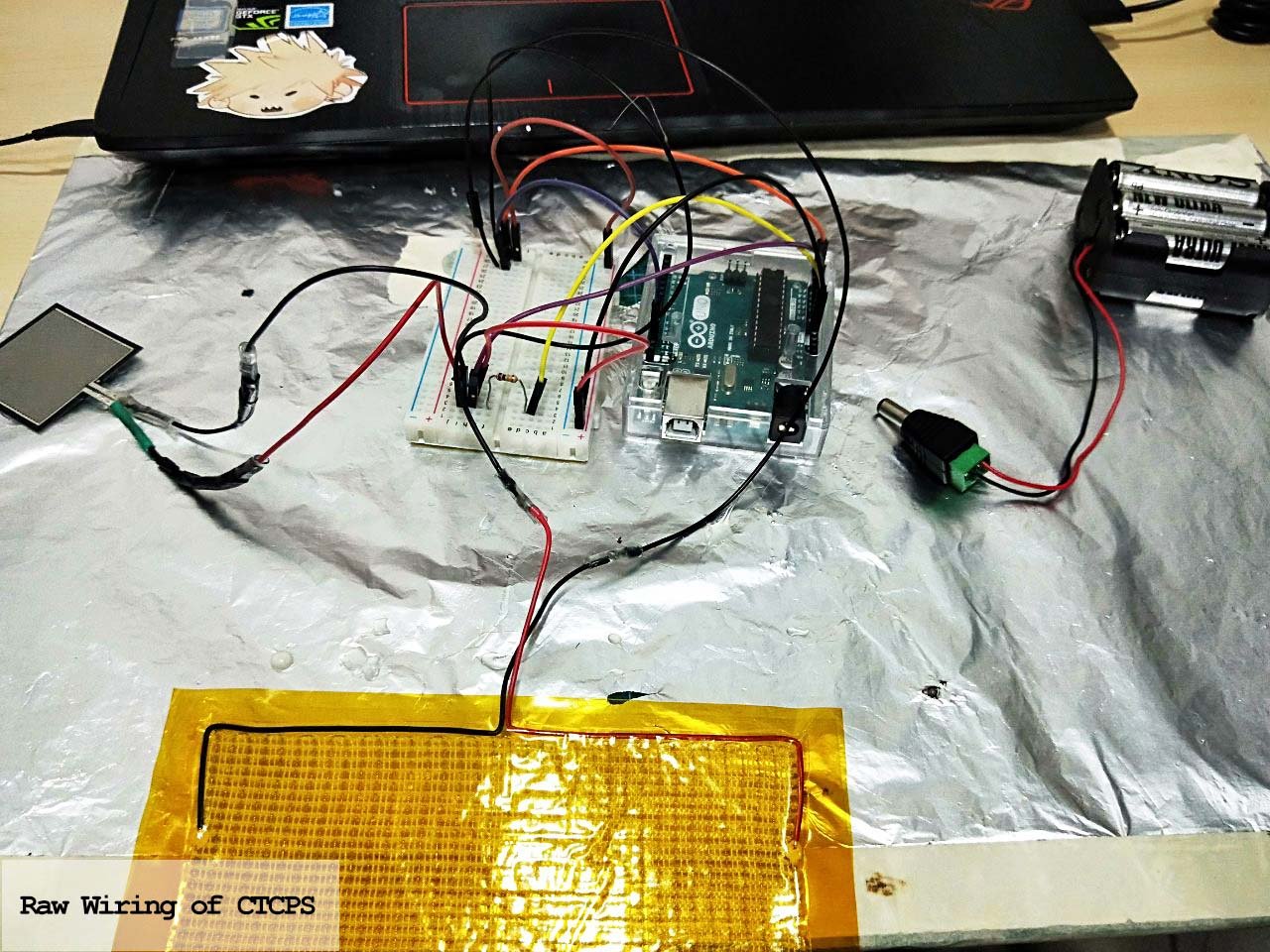 For this project, I have a white calf compression (which I substituted with a flexible fabric for the low fidelity prototype) which is painted with thermochromatic ink of various colours (supposed to look really pretty and fashionable in a non prototype version). A heating pad is slotted along a calf pocket, and it will be attached to a Force Sensitive Resistor (FSR) which will be strapped beneath the foot. 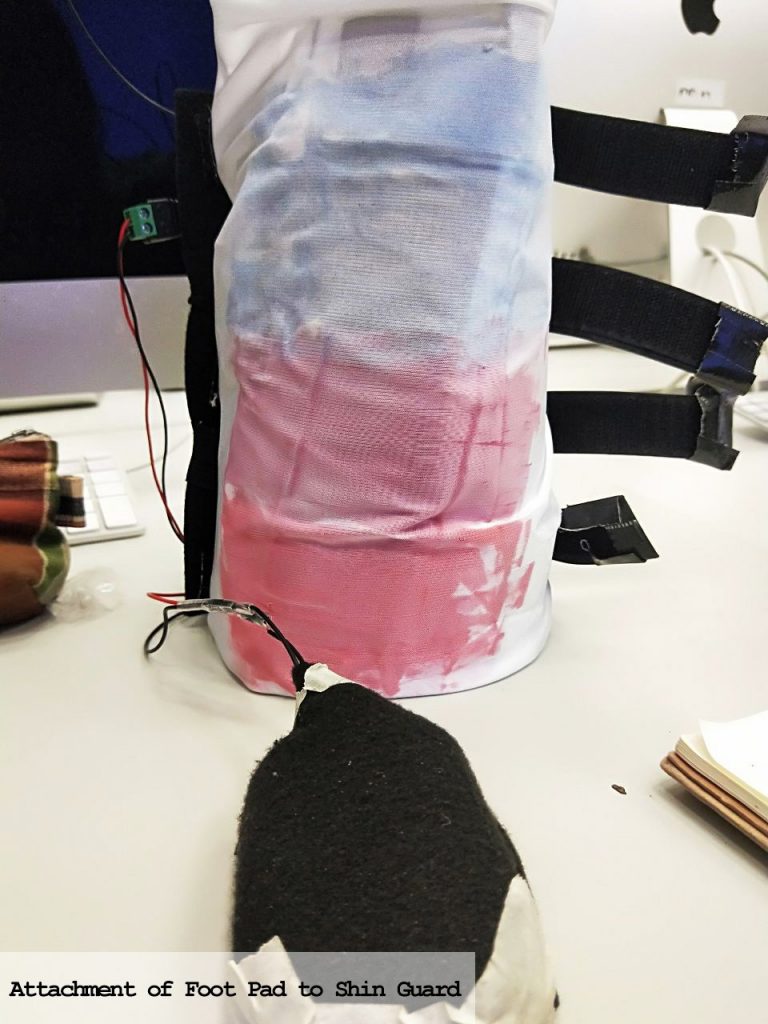 A lazy person puts this device on with velcro. 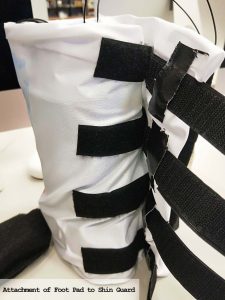 Whenever the person is off from their feet, and the FSR (also a pressure sensor) does not detect a force exerted on it, it means that the person is slacking. This will cause the heating pad at the calf to heat up increasingly, and the reversible thermochromatic ink (loaned to me by Professor Galina :D) will start to disappear, turning the calf back to a plain ugly white. 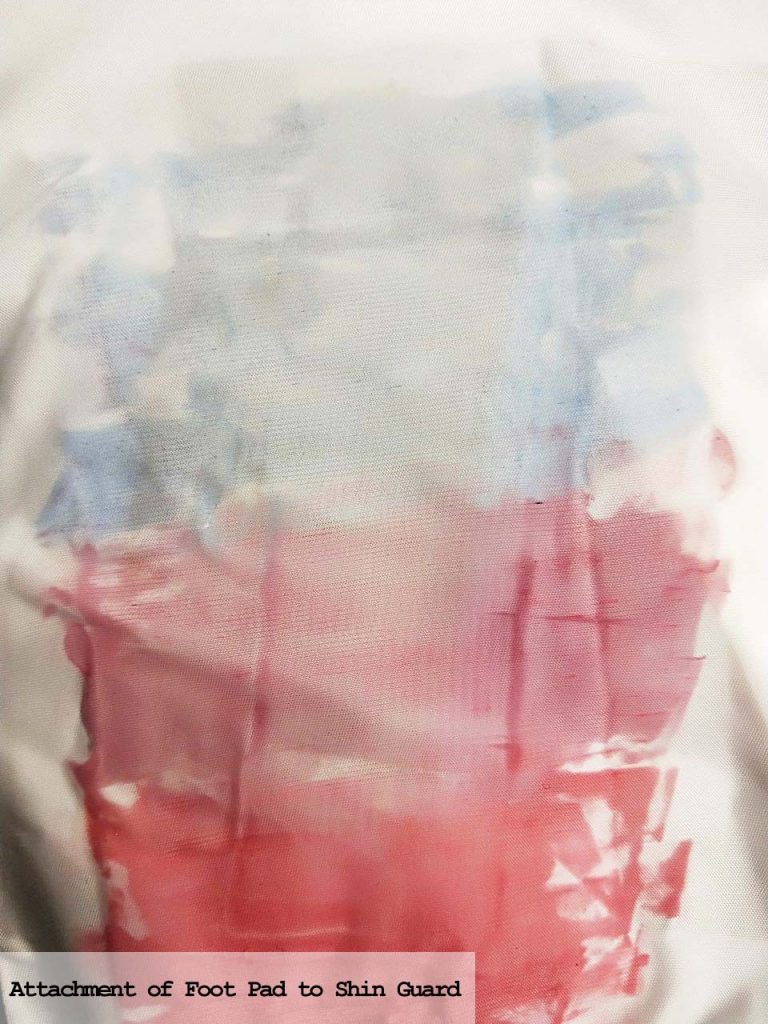 The discomfort of the heat and the lack of desire to wear a plain white calf band around, it should motivate the person to get off their feet to exercise. Once they are on their feet, the FSR will detect the force exerted and will turn off the heating pad. This will result in the heat disappearing (and hence discomfort disappearing) and the colours from the ink will start to return. The heating pad and the pressure pad are slotted in pockets that will make them invisible to direct vision. A pocket is fitted on the outside for the Arduino, battery and the breadboard. On an actual device, it should be strapped to a covered pocket with smaller and more compact power such as a Lilypad and a smaller battery component that has a on off function. (Unfortunately this time round my components were either malfunctioning or I was just not able to procure them within a week 🙁 ) 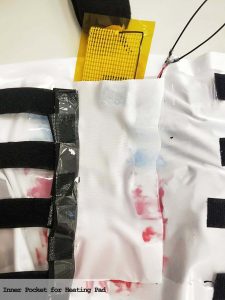 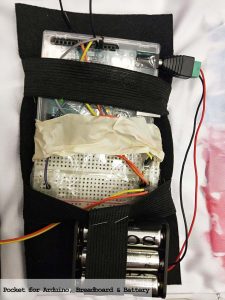 Below is the Arduino Code for the controls of the Device:

int pressureAnalogPin = 0; //pin where our pressure pad is located.
int pressureReading; //variable for storing our reading 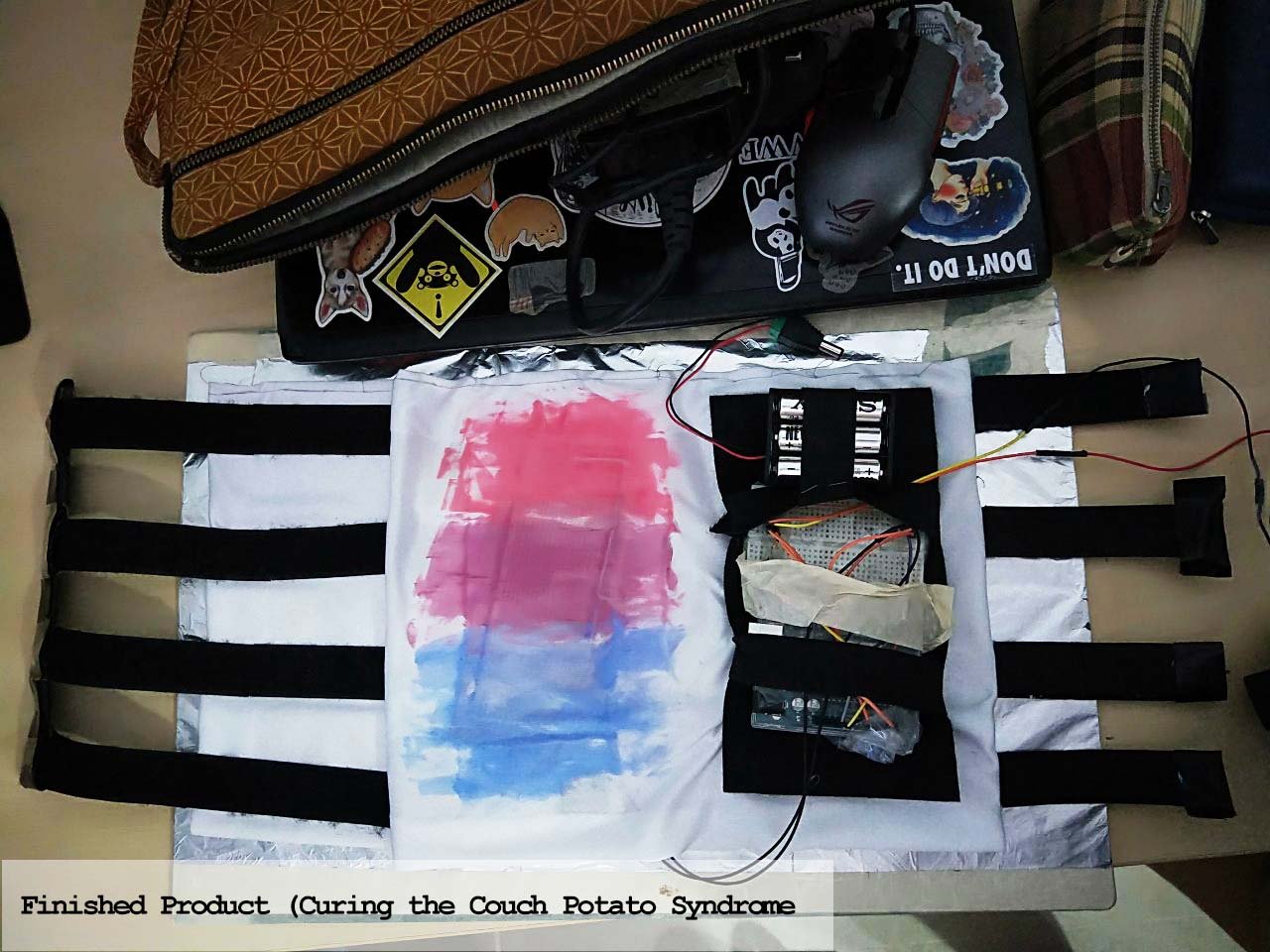 Overall the product was not really finished well with unexpected complications. The design of the prototype could have been better done and the paint could have been more structurally planned instead of my experimental slathers. Also, I did not expect the supply of the power to be an issue again alike the previous project… While the code really worked, I put the wires wrongly when I was transferring the wires and switching them around which caused the wire to short-circuit. This resulted in my heating pad heating up which made me assume that the product did work but when I tested it in class, it started to fail. In the end, after rectifying that issue, my heating pad ended up not really heating up well because the digital pin could only supply 20ms worth of power which was barely enough for the heating pad. The total power of the arduino was 100ms which was 5 times the power of what the digital pin could supply, which was why the heating pad could heat up well when it short circuited and ended up bluffing me into thinking the device was working properly. Smh. In the end, my presentation wasn’t the best I could have done but overall I think it was a good chance to experiment with many different mediums because thermochromic ink, relays, pressure sensors and heating pads were components I never interacted with before. Oof.