Ikebana means flower kept alive. The flower arrangement in Ikebana can be a lot more complex than the Western way of arranging flowers. Ikebana dates back to 7th century when floral offerings were made at altars to the spirits of the dead. Later they were placed in the tokonoma alcove of a home. By the middle of the 15th century, Ikebana achieved the status of an art form independent of its religious origin.

Ikebana is a process of creating a flower arrangement in silence, allowing the designer to meditate on the beauty of nature and gain inner peace. Space is also an integral part of Ikebana, where space is not meant to be filled, but created and preserved through the arrangements. This ties into other principles of Ikebana including minimalism, shape and line, form, humanity, aesthetics, and balance.

Below are examples of 2 types of Moribana styles, upright and slanting.

I just have to say, the minimalism is just on point. Personally, I prefer the slanting style because it is completely different from any other flower arrangement styles you see. As much as I love flowers, I feel that some Western flower arrangements are just overloaded with flowers. Ikebana has a perfect balance between the flower pot, branches and flowers. It just exudes it’s own gracefulness and minimalism in each arrangement.

I decided to explore some Japanese food since my overall concept that I was going for was Japanese.

When it comes to Japanese cuisine, some of the food that comes into mind are: sushi, curry, ramen, tempura, takoyaki, mochi, sashimi, seafood, soba, etc.

Warning: Photos below might make you hungry. You have been warned.

In a lot of this Japanese food, you often see the use of soy sauce which adds a salty flavour to each dish. For example, dipping sushi into soy sauce or seasoning for ramen. Soy sauce is an important part of the Japanese cuisine.

Also, Japan is known for its green tea. They have created countless renditions of green tea such as, matcha ice cream, matcha coffee, matcha mochi and many more. Green tea is also usually served before or after a meal in Japanese culture.

Some food that Japanese eat during winter are oden, yosenabe, ramen and sweet potato. Because of the cold season, the Japanese tend to prefer hot, soupy dishes and avoid cold dishes. I believe this is probably to warm them up. During winter, some seasonal fruits that also becomes popular are apples and citrus fruits (yuzu, oranges).

The dominant in this udon would have to be the noodles. The sub-dominant being the brown sauce and subordinate is the green onion sprinkled on top. 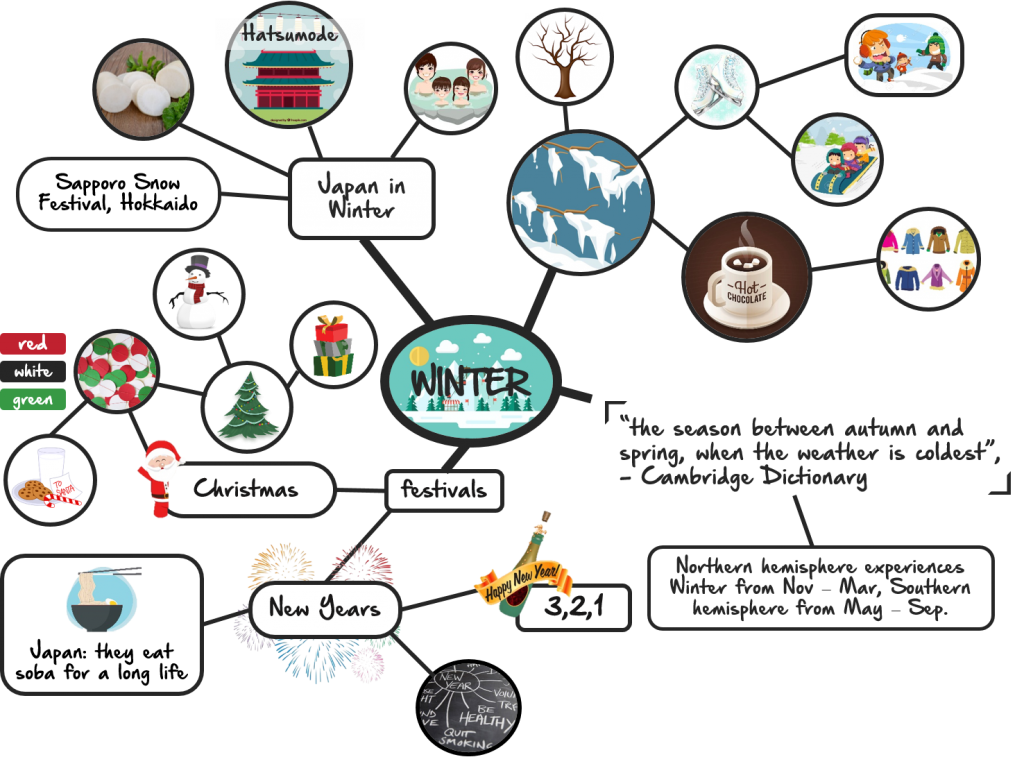