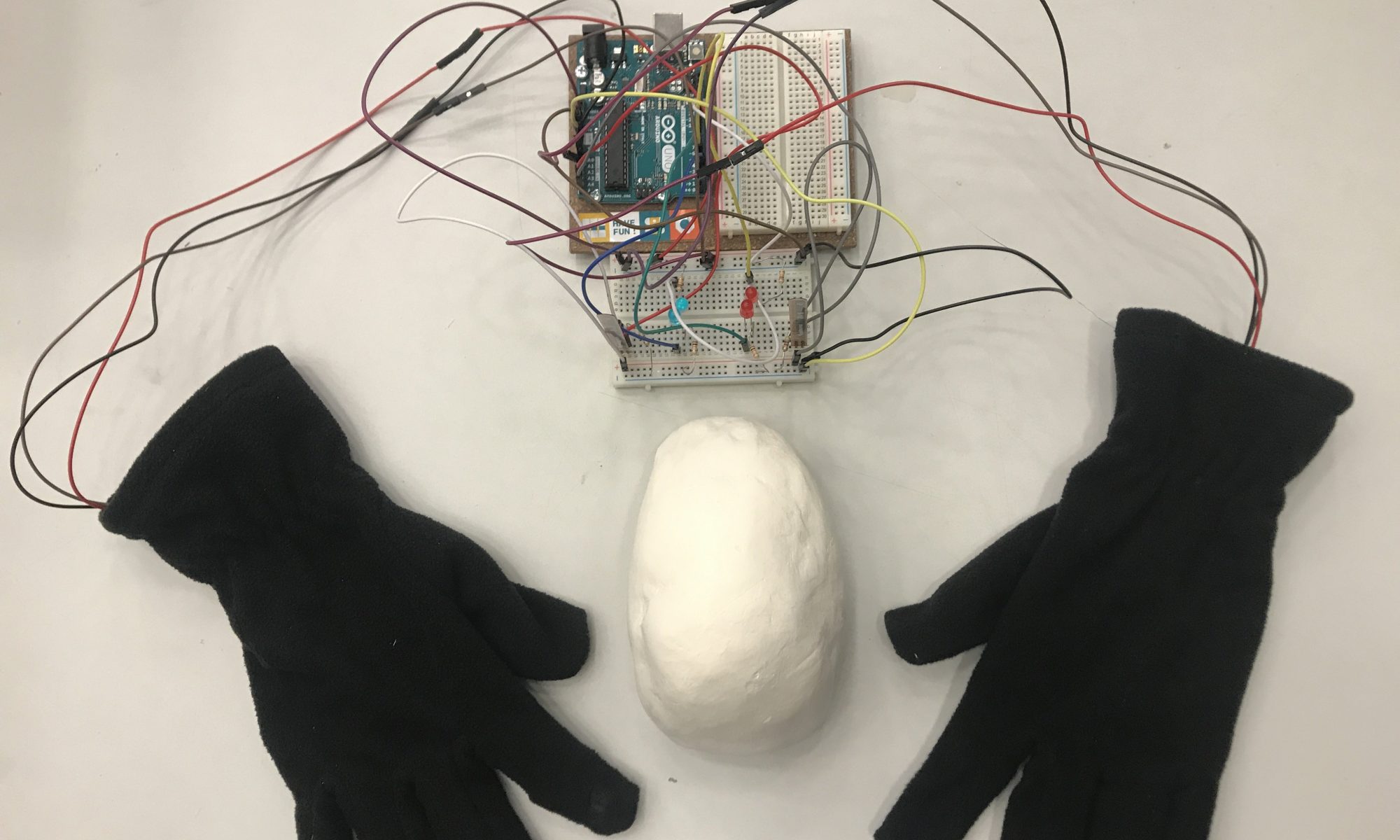 Our project on Interstices was initially about the physical interstice between the human body, both between parts of a human body and between two human being. We wanted the participants to be aware of the hidden areas around their body, as well as the kind of spaces one can find in another person’s body. This leads to the idea of intimacy, which branched off into another idea of letting people become aware of the interstice between human relationships. The non-physical space between two humans is invisible, but can be felt by the emotions and body’s natural reactions like heartbeat or sweat. We wanted to look at such interstices and perhaps use our work to not just show them, but also allow the participants to learn about themselves, and maybe start a new relationship with another human being. We wanted this work to not just talk about interstices, but also let the participants learn something meaningful about themselves and others. This is why we approached the project with the idea of having two people interacting with one another. In terms of interactivity, we would say our work is somewhere in between reactive and interactive, as the work reacts to the inputs of the participants, but the participants are free to interact with one another, through this work.

We also wanted it to be a multi-sensory installation, so we are thinking of not just touch, but also sound and lights. 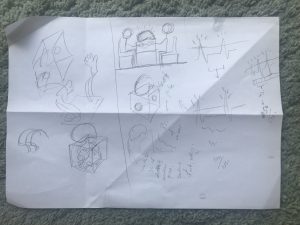 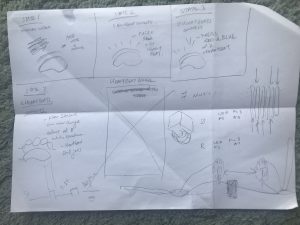 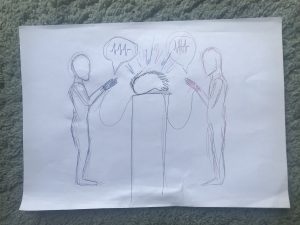 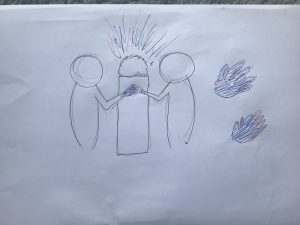 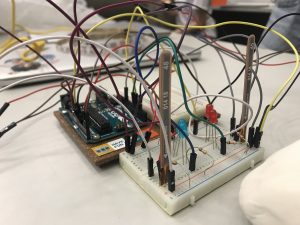 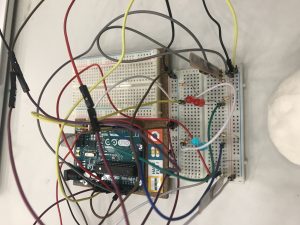 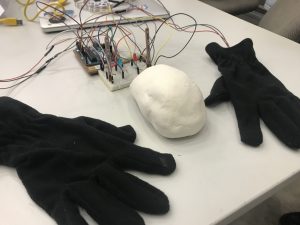 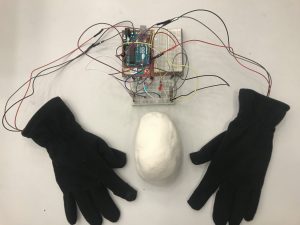 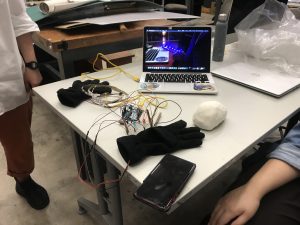 [if needed we will upload!]

During the mid term review, we only managed to create the circuit as we were still trying to figure out the code to allow for the function we desire. As a result, our testing were not optimal, though, we gave the participants some heads up so they are able to interact with it better.

Experience
– Participants try to increase and decrease heart rate to see feedback (tried to hold breath, jump around)
– Intrigued by a green led on the finger and also pulsing of blue and red LEDs
– People started moving fingers to generate feedback

Participants feedback
– What they think it means: Heartbeat, the relationship between 2 users, pressure, vulnerability because making something invisible visible, something very private
– Keeyong’s experience tainted because can see wires n techs, felt a bit like medical checkup
– Lei thinks that context is very important, difficult to communicate idea
– Lei intrigued by idea of touching hands and aggregated heartbeat/ interstices between 2 people
– Audience reacts better with wows to led strip beating to pulse
– Interstices between two people and two heartbeats: Lei “combine 2 interstices instead of highlighting” “collective light and sound sculpture that is contributed by interstices and heartbeat between 2 people”
– Celine and Alvin did not know intention at first and wriggled fingers because she didn’t know it was pulse influenced
– Different ppl have diff size, could affect contact point for each person: design problem
– How do people know how to use it? People have to take the first step, and to take that leap to participate in it (bc for the longest time we have been staring at paintings), how else could you facilitate the intuitiveness
– Couples therapy hahaha
– Different parts that combine into one whole system instead of one whole glove to fix fitting problem
– The more the two parties interact with each other the more the sculpture will blossom
– “Clap my handsssss very harddddd” lma0
– Maybe hi 5s? Different kind of interaction? As opposed to strangers and friends with different relations.
– Progressive interaction? Start w high 5 then progress into touching palms
– How to guide participants? Maybe retractable string & 2 same hands, maybe place them on stands
– How do u even motivate people to do the hi 5? How to encourage strangers to do it
– Put them in a box, outsiders dk what is happening inside it, and they r already in the box so they have to touch it, and it creates a reaction and a sound 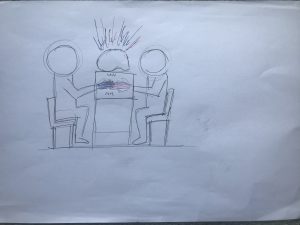 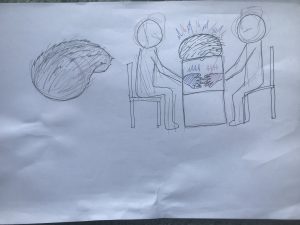 We like this idea a lot as it solves our problem, which is how much freedom should we give to the participants. It also adds some depth to the installation in the way the participants interact with each other, as they are now able to focus their attention in interaction using just their hands. In a way, adding control helped us make the installation more interesting.

With this new idea, we decided that we will remove the flex sensor as the wrist movement wasn’t moved as much when in a box. We wanted to have the flex sensors on the fingers instead but flex sensors were too expensive, so we decided to replace them with photocell sensors instead, where the hand interaction will cover the sensors, creating different inputs.