This idea came about from the concept of footprints in the sand. During the winter holidays, I went to a beach in Bintan. It wasn’t a very popular beach, so there weren’t many people in that area when I visited, however, footprints of someone who came before me were still there.

This inspired me to come up with an idea of an installation where a participant’s footprints are left behind.

The footprints of each participant who enters the space will be recorded. The footprints, however, would not be displayed immediately like how they are left on the beach. This footprint data is remembered by the system, and after a certain amount of time passes by, it will then be displayed replacing the previous footprints.

In The Law of the Garbage Truck, David J. Pollay shows us that by refusing to let others dump their “garbage” (negativity, anger, resentment) on us and letting it “pass by” instead, we become happier and more successful, both personally and professionally. And when we stop dumping garbage on others, we improve our relationships, strengthen our businesses and bring our communities together.

Inspired by the “Law of the Garbage Truck”, this idea is a more sentimental representation of body and movement.

Once in a while, we experience a bad day; waking up late for class, the queue for our morning coffee is way too long, forgetting your assignments back in hall, etc. This naturally builds up a lot of negativity in oneself, which we might impart on others, or others might impart on us.

This installation essentially encourages participants to leave their “garbage” or negativity behind.

Participants are to bring along an item such as a jar, bottle, can, basically anything that can contain a letter.

As more and more participants leave behind their garbage, I imagine a garbage pile forming of many different objects with letters in them. 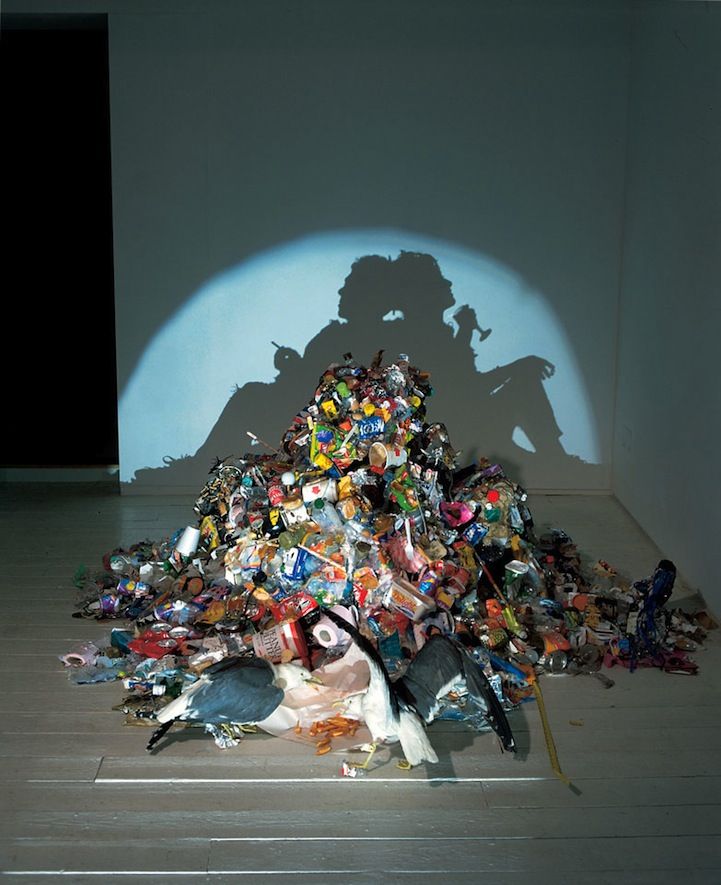 At the end of the day, this pile of garbage is disposed of (or recycled), along with all the negativity from the participants.