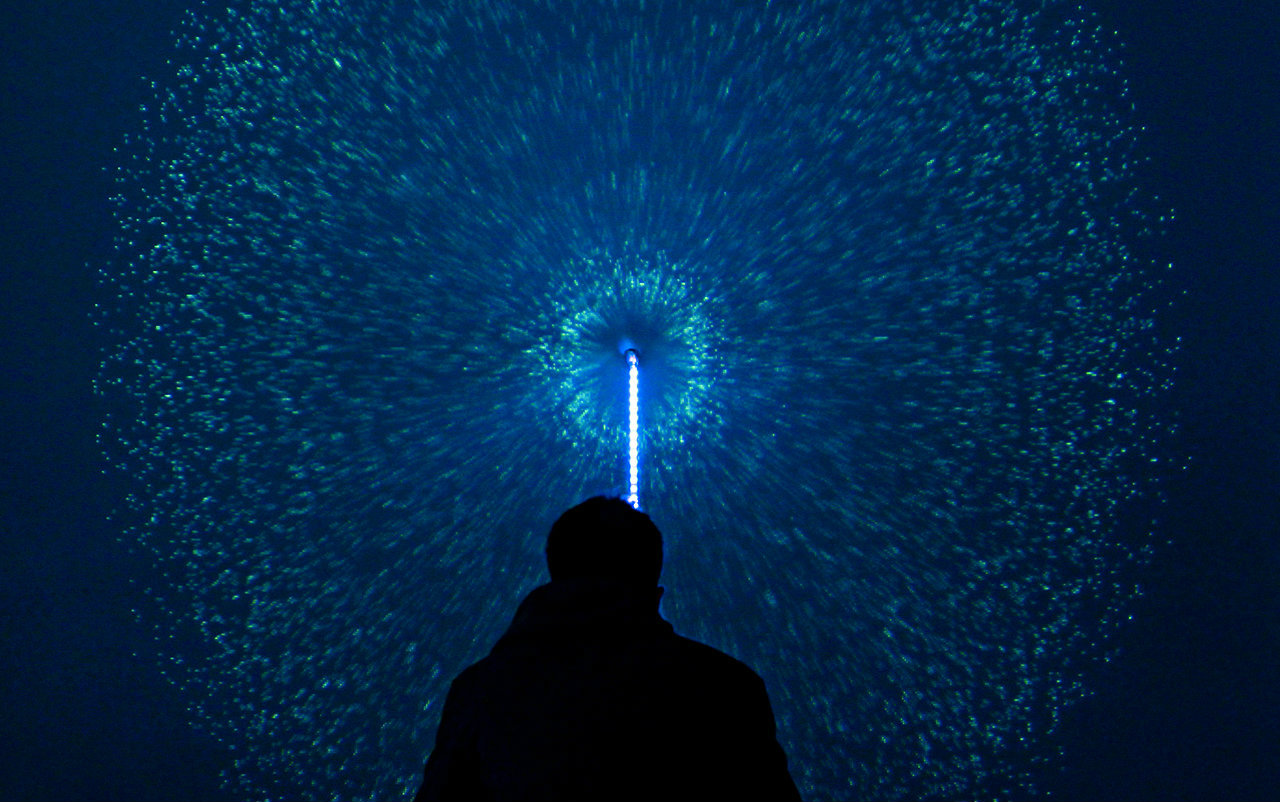 < Before this, I selected Bill Viola as the artist to review in my hyperessay but then I realised that it was hard to place his work in any category of Cybernetics/Behavioural Art, Hypermedia or Immersion. Although yes, it can sort of be placed under ‘Immersion’, however, the question of whether it still encompasses the concept of behavioural art makes it a bit tricky to be reviewed. And here’s why:

< I needed to rethink and ask myself why is this particular artist related to the idea of interactivity.

Which he is not. In order for there to be interactivity, there needs to be a relationship between the artist, the artefact and the audience. After reading the Behaviourist Art article by Roy Ashcott, we know that an artwork has to have the ‘feedback loop’ – the audience’s participation (they are to be involved in the decision-making of how the work will turn out), where the artist is no longer the dominant source of the artwork and the artwork is in perpetual state of transition because of both the artist and audience.

< Hence, I decided to pick a different artist and artwork. The ‘Murmur whispers’ (2015) is an installation + live performance artwork created by visual design studio named Chevalvert and studio 2Roqs for music group ALB. It was “developed with OpenFrameworks / LED Strip / Javascript” which shows that programming is needed to produce light from sound waves emitted from people and their surroundings. It is a project of ‘Murmur’ artwork (that was also produced by Chevalvert) that has recently been adapted to a live performance within the renowned French music event. Seen below is a screencap of the ‘Murmur whispers’ performance work.

A little background knowledge on the ‘Murmur’ project to know exactly what this whole artwork is about:

Murmur is an architectural prosthesis that enables communication between passers-by and the wall on which it is connected. “The installation simulates the movement of sound waves, building a luminous bridge between the physical and the virtual worlds.” There is a magical effect, a mystery in the way that sound waves move. Murmur focuses on this movement, thus creating an unconventional dialogue between the public and the wall. Visual design, object design, sound design and a magical touch of programming is involved to create this. 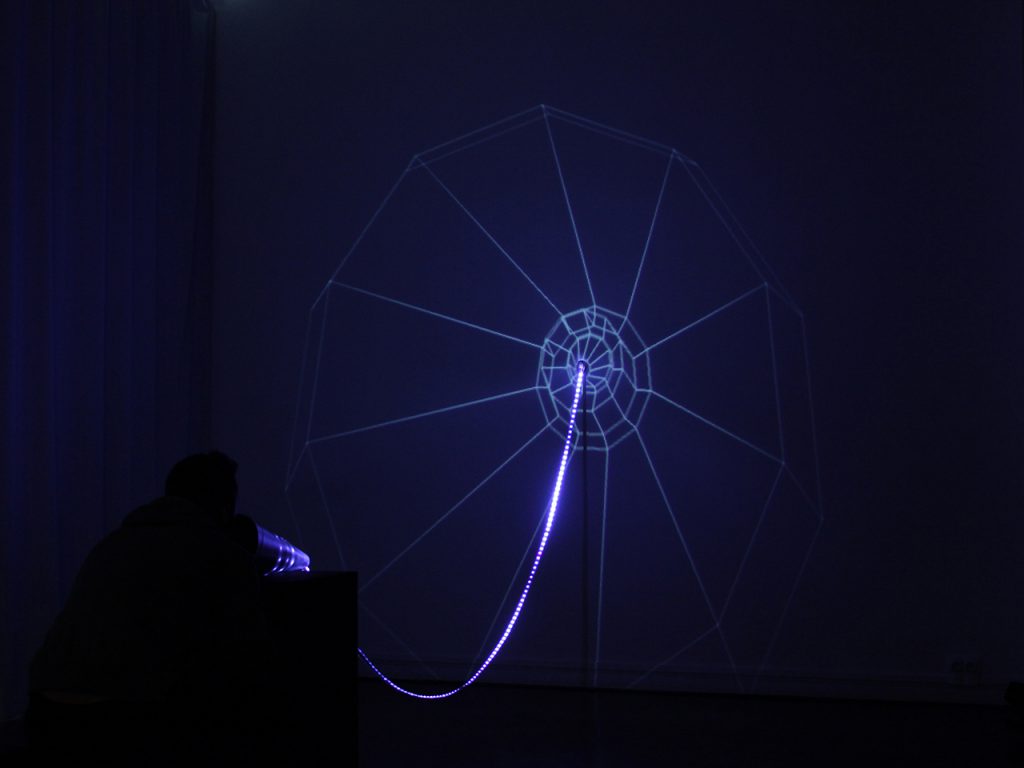 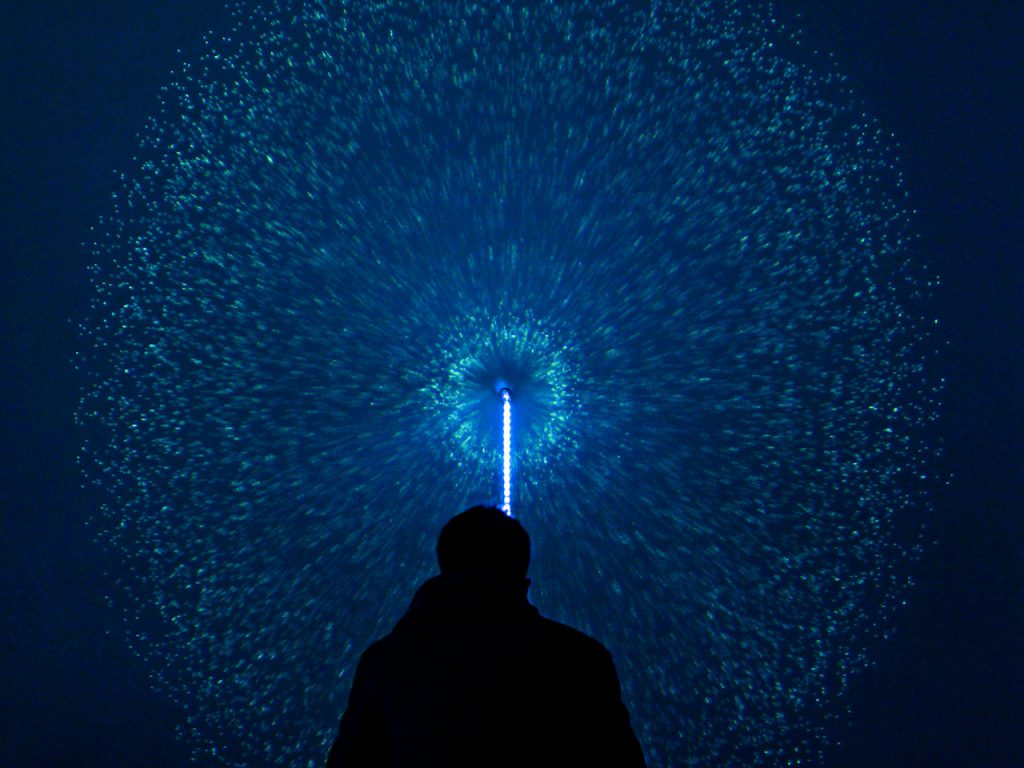 So the artist, studio Chevalvert, made use of this and did a music improvisation as well (as seen below).

The music improvisations above can be seen in the ‘Murmur whispers’ live performance where they used instruments and their voices to make sounds/music. Chevalvert did collaborations to come up with ‘Murmur whispers’. The artistic approach of the project, it’s production, and the development is a collaboration with the studio 2Roqs that helps with the programming aspect.

Whereas the staging for the ‘Murmur whispers’ live performance is the product of a close collaboration between the music group ALB (deezer.com/artist/467584) and Chevalvert themselves. Chevalvert and 2Roqs, in this case, are the artists behind the work and we can say that the artefact behind their work is the ALB music group – how without them interacting with the “Echo Chamber” (the cone-looking object that collects the murmurs of the public and turns sound waves into light waves), the live performance wouldn’t be interactive.