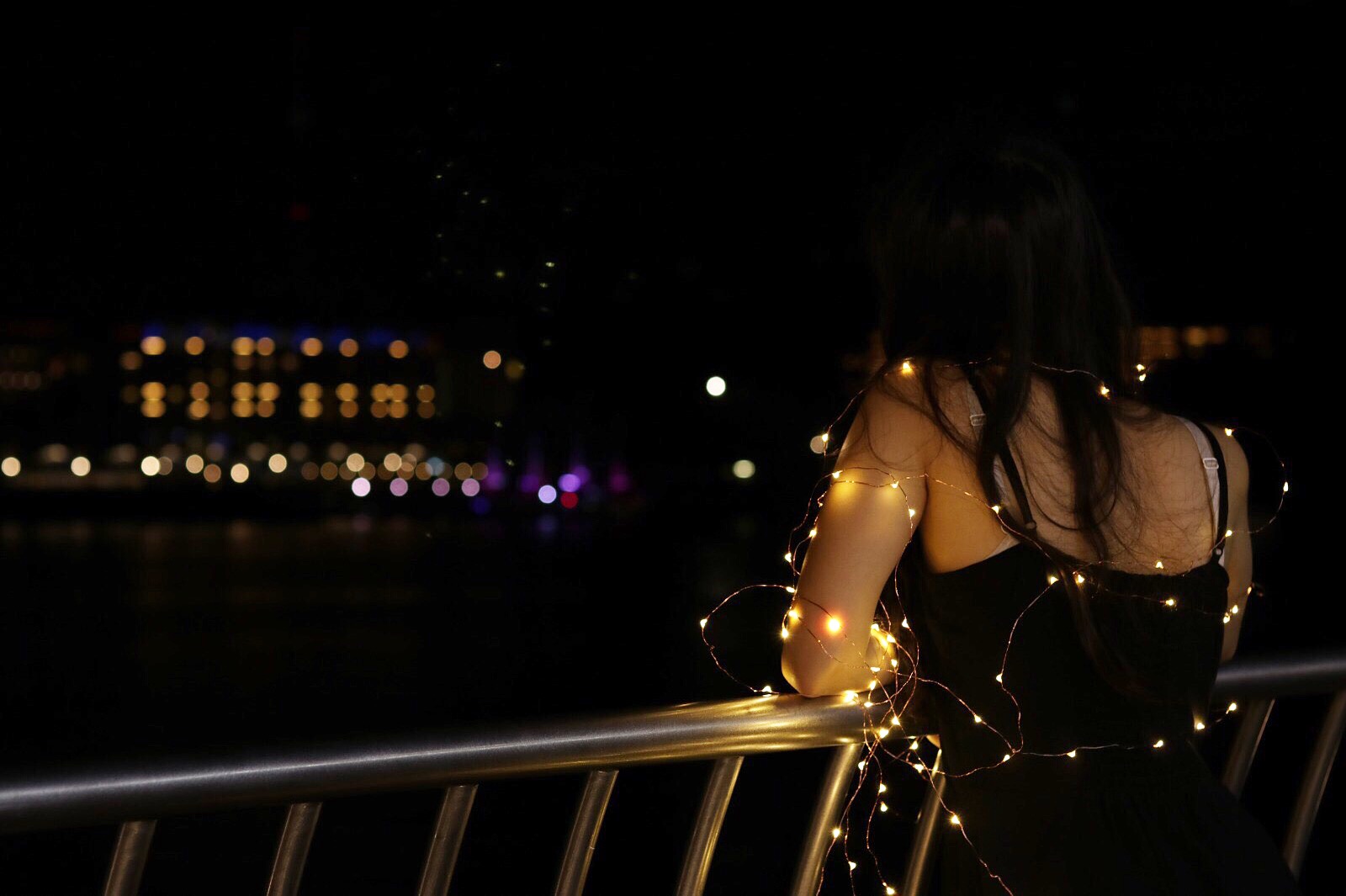 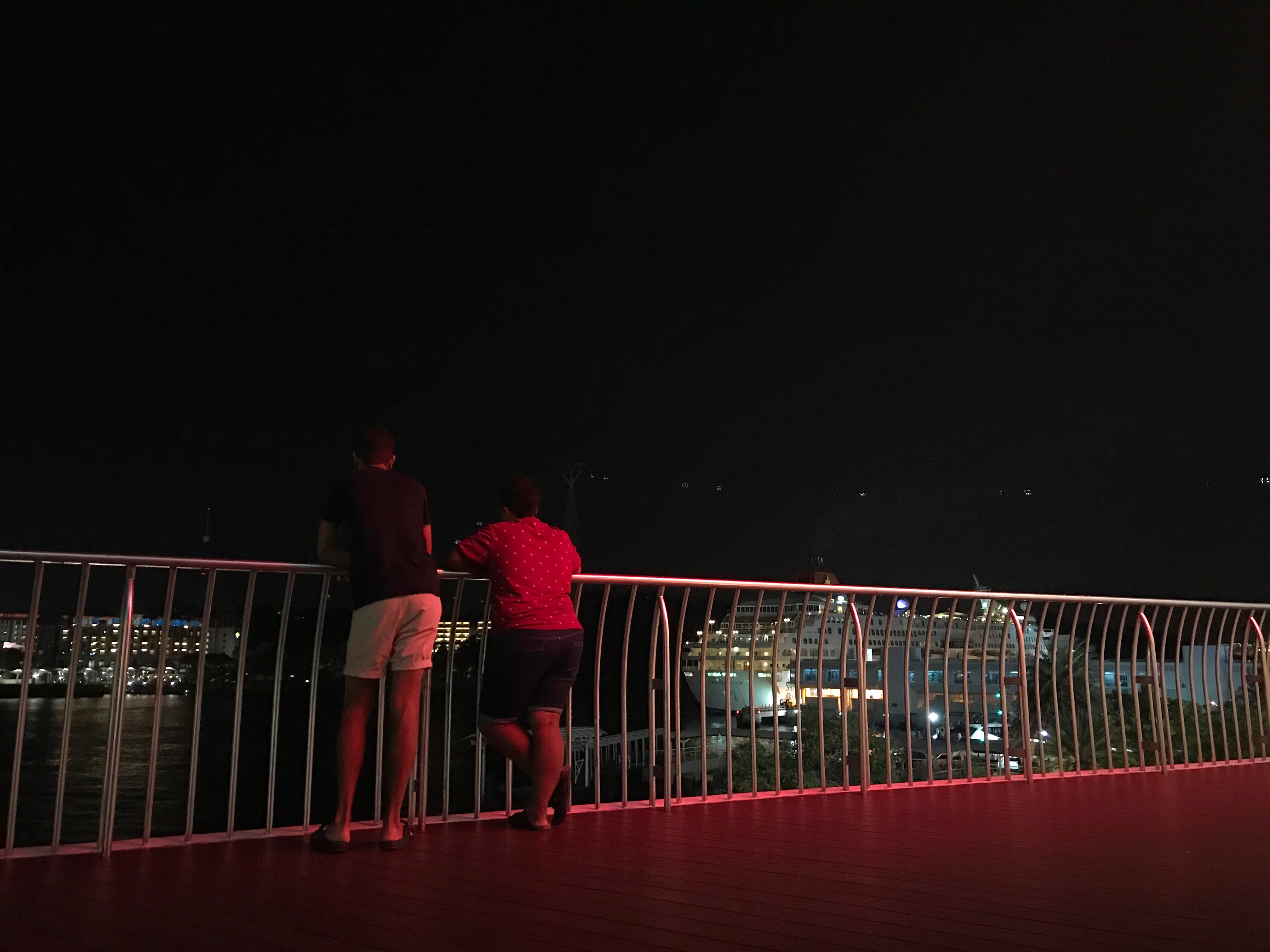 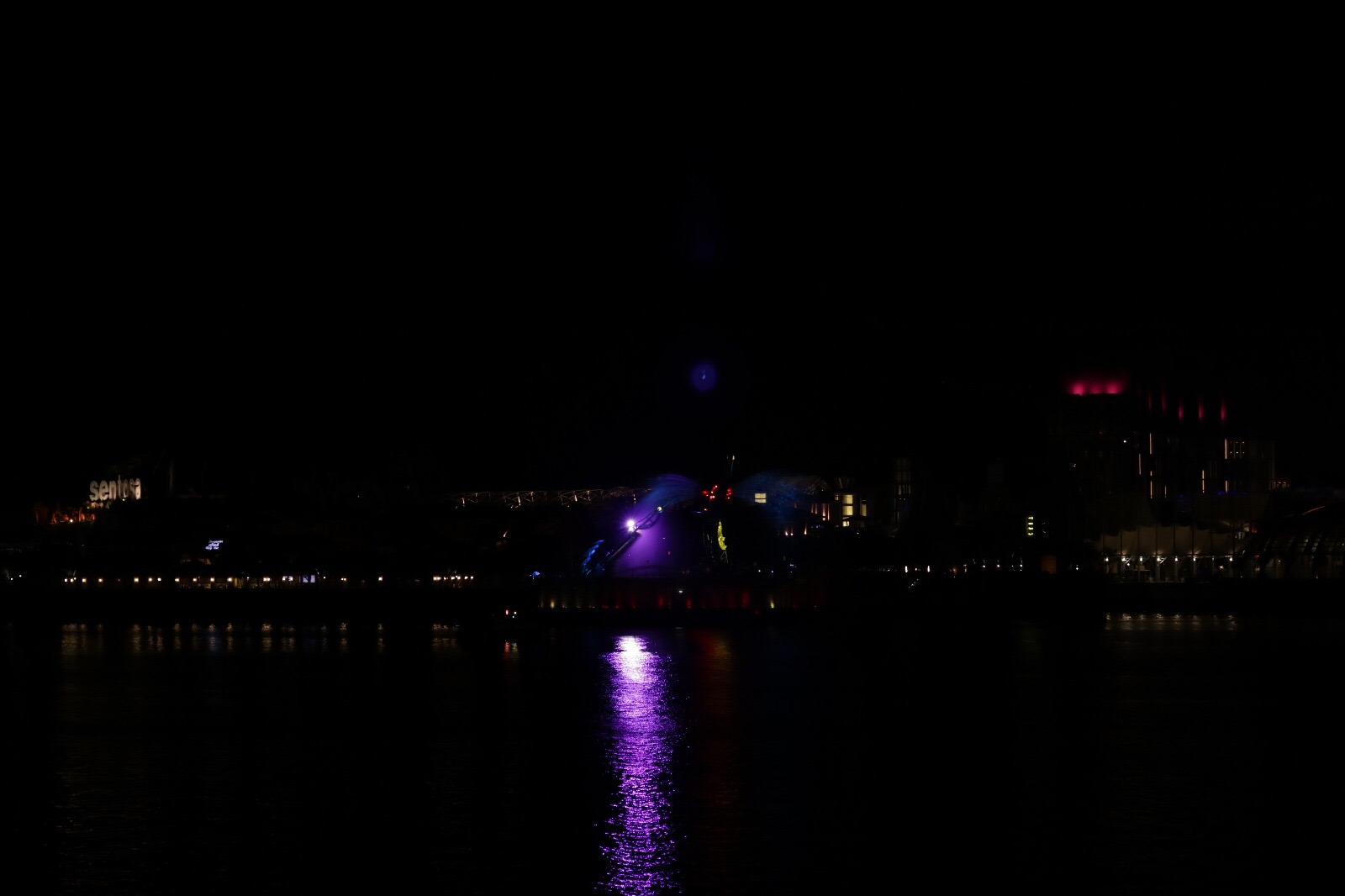 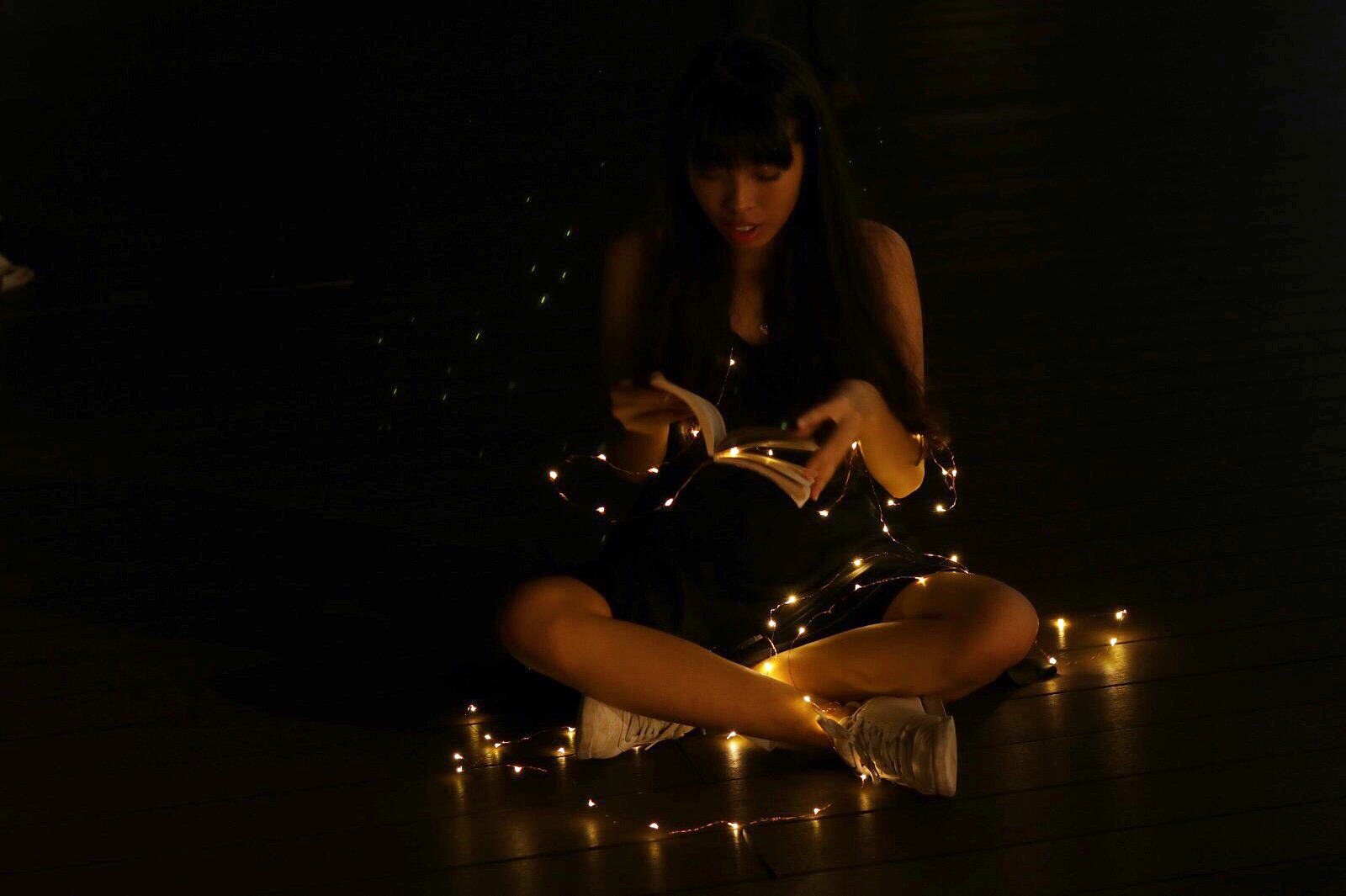 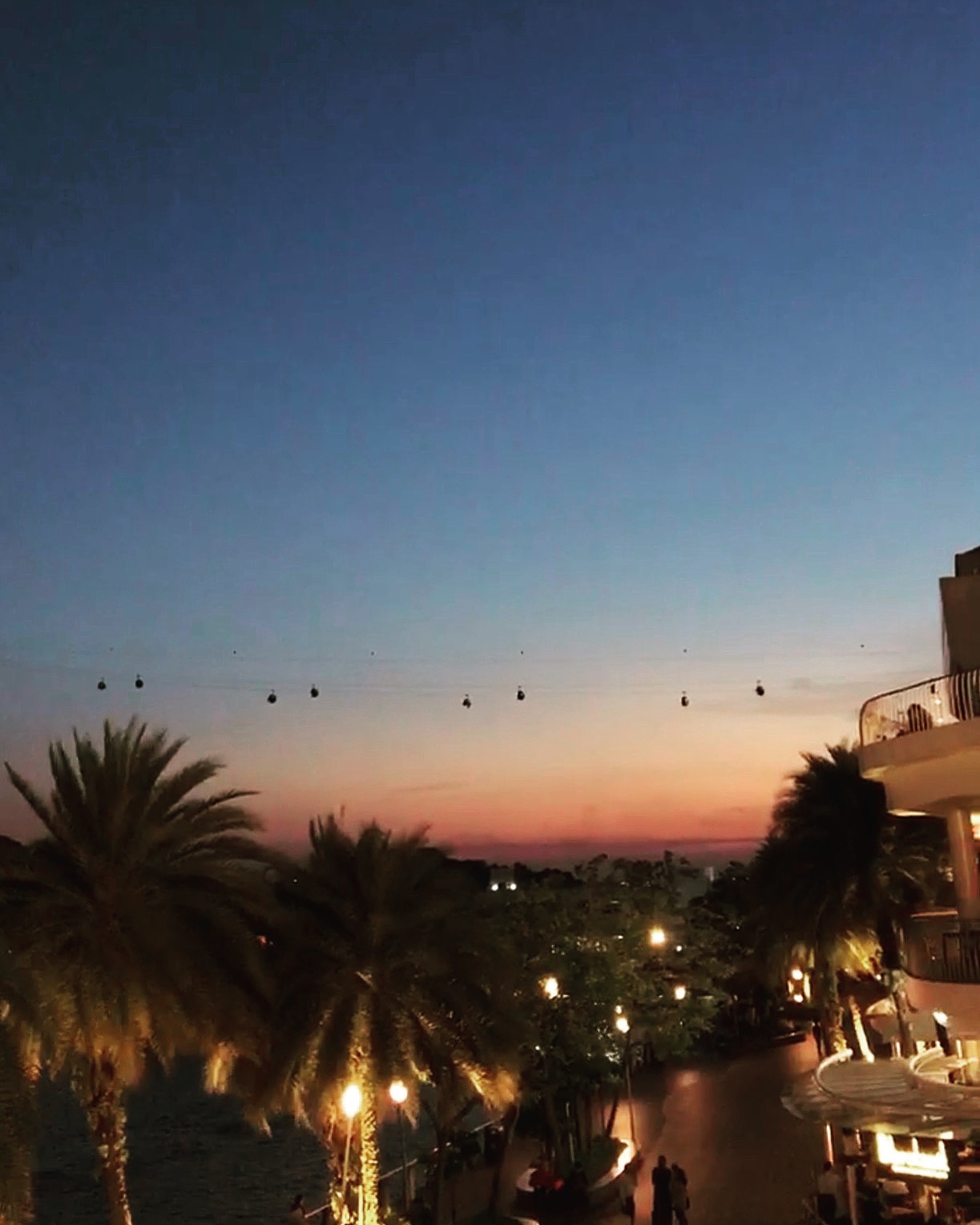 Here in this place that fascinates me, the rooftop park in Vivo City – that’s where it is. Maybe it’s common to most, but when the sun sets, dusk arrives and night time lingers, that’s my favourite place at my favourite timing. Everyone just starts to leave, the young couples will stay, one or two close friends will sit and stare at the sea feeling the cozy breeze and talk about life. You sit there alone but somehow you don’t feel lonely. You are filled with these deep conversations around you, shared feelings, away from the buzz life, stars right above you and some nights the moon appears as clear as the night sky. These little moments makes a part of who I am. I like it here.

Under this task, I added a prop to further explore the ways I could convey the world that is significant to me. I used fairy lights to further portray the feel in the photos. I guess when I’m present there in Vivo City’s rooftop, I feel a sense of lightness – like  as if the weight of the world on my shoulders has been lifted, and so the prop is significant in symbolising the light that I am in the midst of the darkness.

I like it when the sun sets because sometimes you really see a different gradient in colour in the sky and it’s just so beautiful. And when night time comes the lights surrounding you are of different colours, it reminds me of little pixie fairies with coloured flashlight tails that you can only see from afar.

There’s a vast space here and nature (the sea, the swaying palm trees) plays a part in making it seem more peaceful even though sometimes the ships comes sailing in.

The idea of me holding the book is to show how books are a symbolism of imagination and you get yourself lost in stories. In  here, I get myself immersed in the surroundings, looking like I am comfortable with it and I can be here alone in my own world. It’s a lovely feeling. Away from all the busy life. 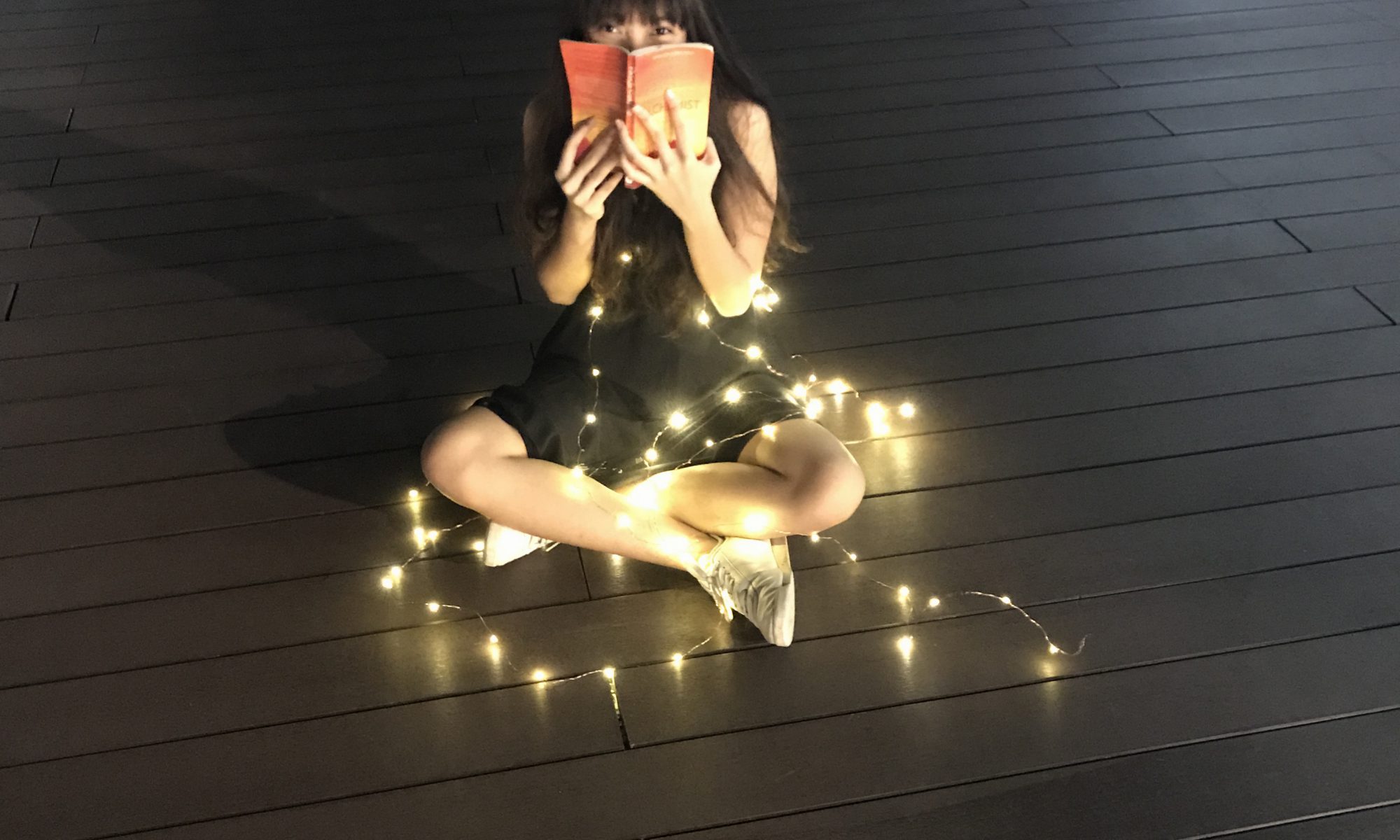 In Task 1, I previously posted few sketches on my ideas for the different settings/timing/places I want to have my pictures taken to better portray the significance in my object (the butterfly necklace).  Likewise for Task 2, I did a rough sketch on my ideal place i would want to show as my fascinating world, with props included and body movement needed to further portray it as my idea of “fascination”.

My ideal place, somewhere that is significant to me would be the famous Vivocity Rooftop. 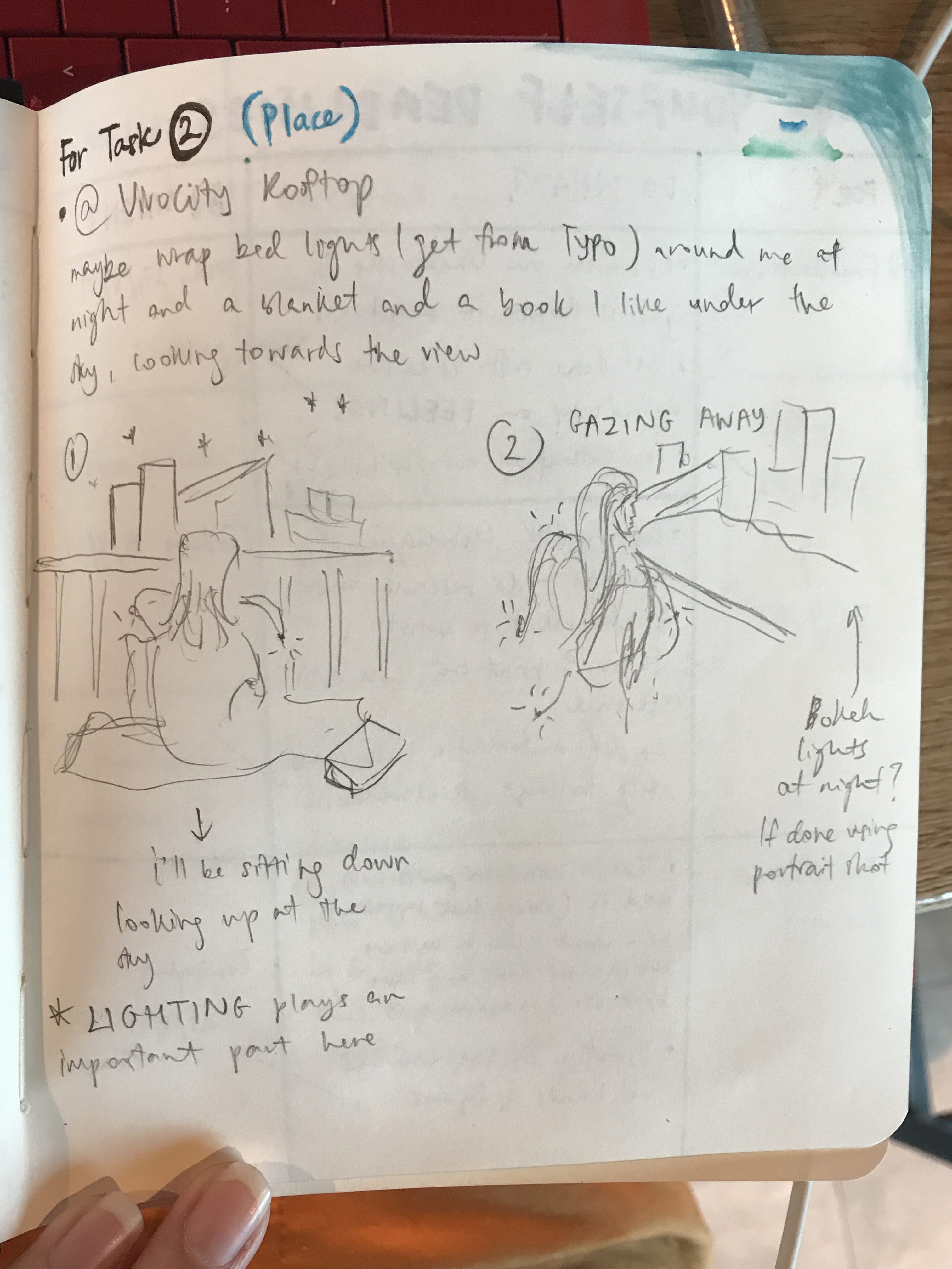 My idea was to capture it at a night setting, or when the dusk sets in. And that was hard to achieve due to the fact that there is barely any light around the area so i decided to also include a prop in – the fairy lights. The reason being, it could also further give meaning to the story behind it – the magical place i feel like it is once the night comes. I brought a book along in it to show how i spend my time there when dusk falls and night lingers. Books to me is a symbolism of peace and imagination – you get lost in it. And when i’m at the rooftop, that’s where i feel at peace. That’s where i feel like the night wasn’t so bad to get yourself lost in. 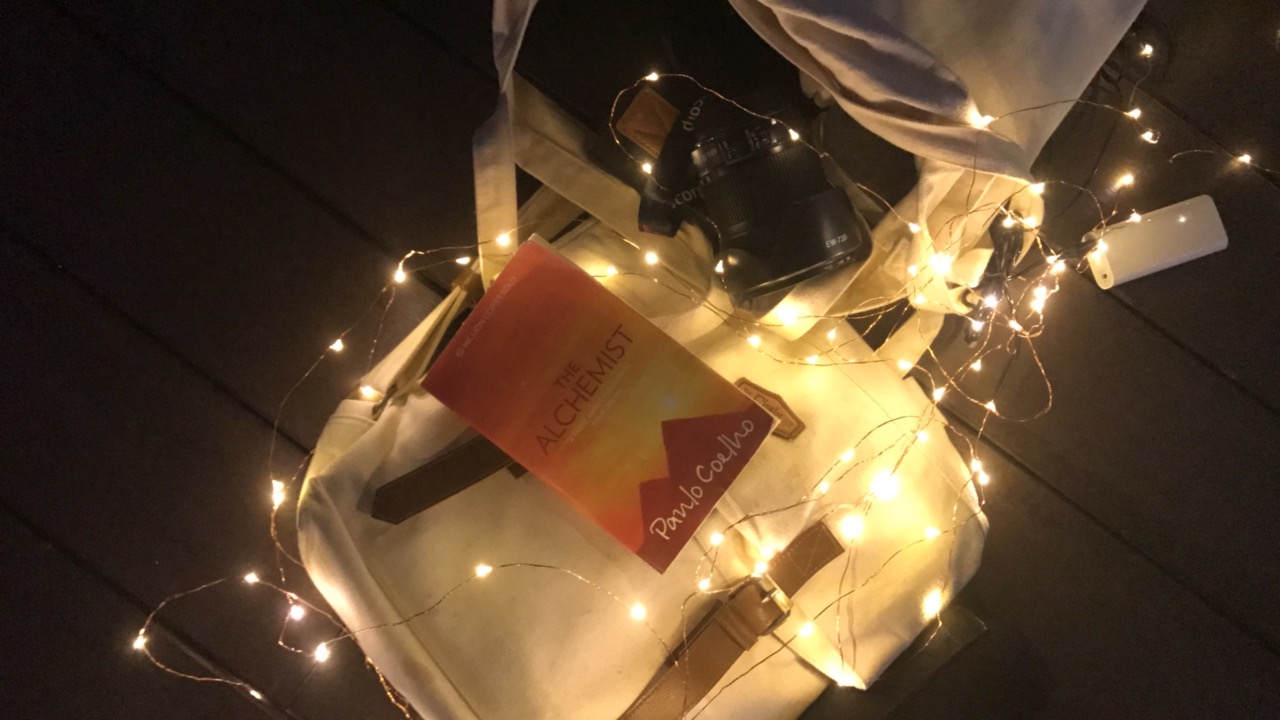 I borrowed a canon 80d dslr from a friend for this, she helped to take the pictures after i directed her on the lighting and changing the focus and shutter speed. At first i wanted an attempt of bokeh shots because it was the lights from across the sea that drew me there at night in the first place – the view. 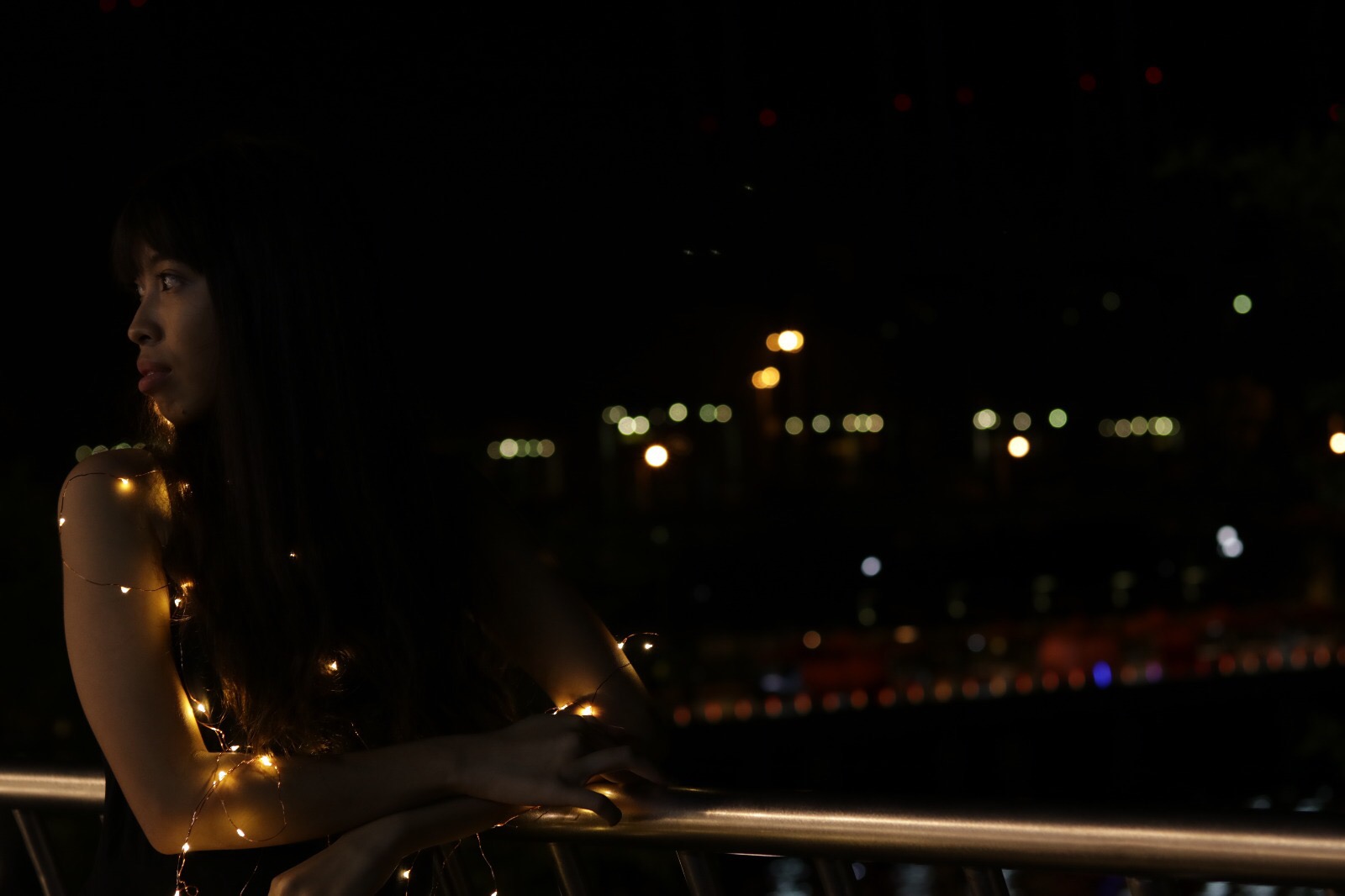 I actually loved it even though we couldn’t capture much lights there. The bokeh was showing and that’s one of the qualities i wanted to produce in order to show how fascinating this whole place is. And that was just an aspect of it.

I had to keep adjusting and readjusting, with the help of my friend too we found a somewhat right shutter speed of around 100-400 for my pictures to turn out the way it would. But I also had to keep changing the ISO more to improve the focus on the subject matter in some pictures, which is me.

I hope the pictures will bring out to life how and why the place actually fascinates me and why it is so significant to me.