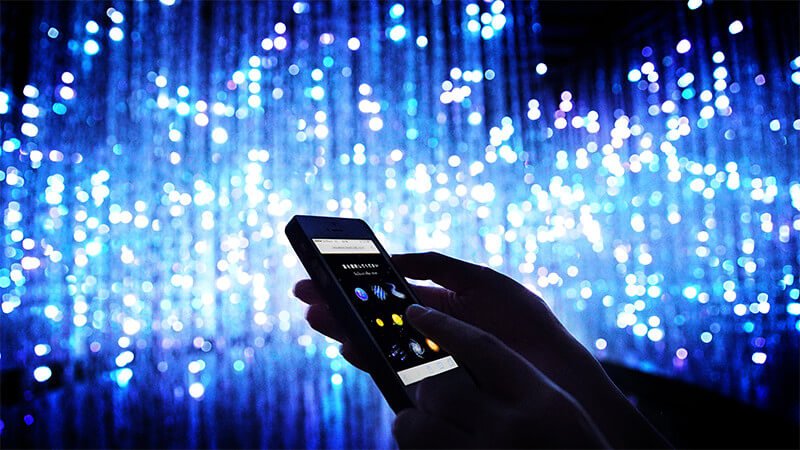 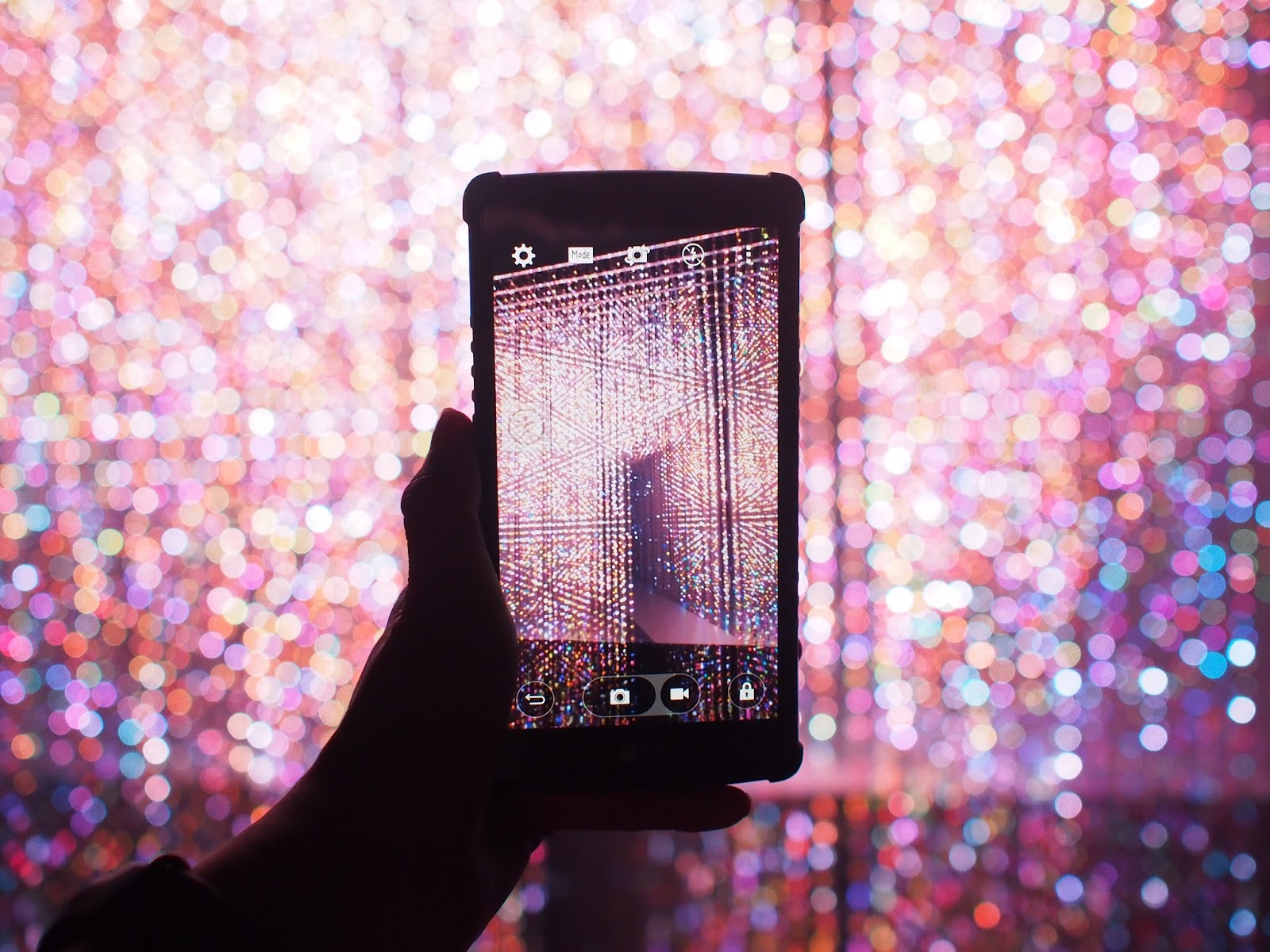 The first art work that I chose for this critique is ‘Crystal Universe’ by teamLab. What I find intriguing about this work is the way entering the space is like entering a different realm. It is an aesthetic work, if you want to classify it, but what makes it so effective is that because it is so ‘instagram worthy’ it draws crowds of people easily. The work is described as a ‘galaxy of hanging leds’ by vice.com. True enough the LEDs light up like a galaxy of stars in the dark room, and one is allowed to travel through the path created, experiencing the LEDs from different perspectives.  The interactive element comes in two forms, the first being immersing ones self in the atmosphere created by the twinkling LEDs and the subsequent one being actually changing the LEDs programming through your smartphone. By doing so the viewers control the way the LEDs shine, creating a reflective space that suit them. As such the viewer becomes both the audience as well as the artist who shapes their experience of the space.

However, on a more realistic note, the experience of creating your own experience is not always a pleasant one, considering that the number of people that visited the space, and the lack of limitation of the people walking through the work at all times which hinders the viewers experience of the work.

The second piece i chose was Chris Milk’s “The Treachery of Sanctuary”. The piece consists of three monolithic screens that are shone with light. When a person moves in front of the screens their ‘shadow’ is shone over it, triggereing the art to react. What I found interesting about this piece is how it took the image of the person and warped/disinitegrated it. The wor

The work is a representation of its own creative process, which I find hilarious.

The first panel represents “the genesis of the idea, when you finally have a breakthrough.”

The participants then notice a flock of birds above them– as they reach out, their body begins to break down and birds begin to emerge.

this represents the viewers becoming the idea behind the work, and later in the secon panel, the flock continues to rain down on their ‘shadow’ pecking what is left of the shadow. This the artists says represents the hardships faced during the project. Finally, the last panel is the triumph where you become a bird yourself.

The entire work is coded to act in a certain way, but will not be able to do so without the audience interacting with it. Hence in this situation the audience is still sort of the artist shaping what is viewed on the screen.

For this project the audience still plays a huge role in the artwork by interacting with it and creating the visual imagery. However as always the artist has created the code which limits the reaction of the work, meaning they have set the narrative and setting of the art work, everything else is free to be influenced and changed by the audience.

The Treachery of Sanctuary: