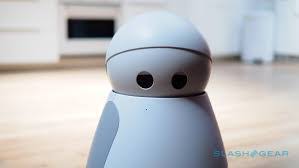 A fitness tracker is a device that you wear on your wrists. It keeps track of multiple things like the number of steps you have taken, your heart rate, your location, etc (depending on the model).

In this case we will be looking at the MI Band 3, which has the ability to track:

The device itself has a long lasting battery, and has a quick charge function, which is very convinent as it is a device that is to be used on a day to day basis. Subsequently it is also affordable, unlike other brands which can cost up to a few hundred in the market.

It also functions as a Smart watch.

However, some reviews say that the product cannot compare to other brands, like Fitbit, in terms of competetive analsis and sharing. Also being a China brand it also not compatible with the iPhone (sorry iPhone users no xiaomi for you). Subsequently, the band has most of its functions like a seperate ‘my exercise’ function in built in the app, but not it the phone. Which makes it a bit more tedious in the sense that you have to bring your phone with you when you exercise (ah, first world problems).

Considering this, if the xiaomi wants to be more competetive in the market, the company should first make their products competible with all products (uh, easier said then done huh). Having more apps already in built in the band would also make things more convinient for the lazy consumer, or maybe have a slightly more specialised tracking system that would allow them to differentiate when the wearer is doing one activity or another.