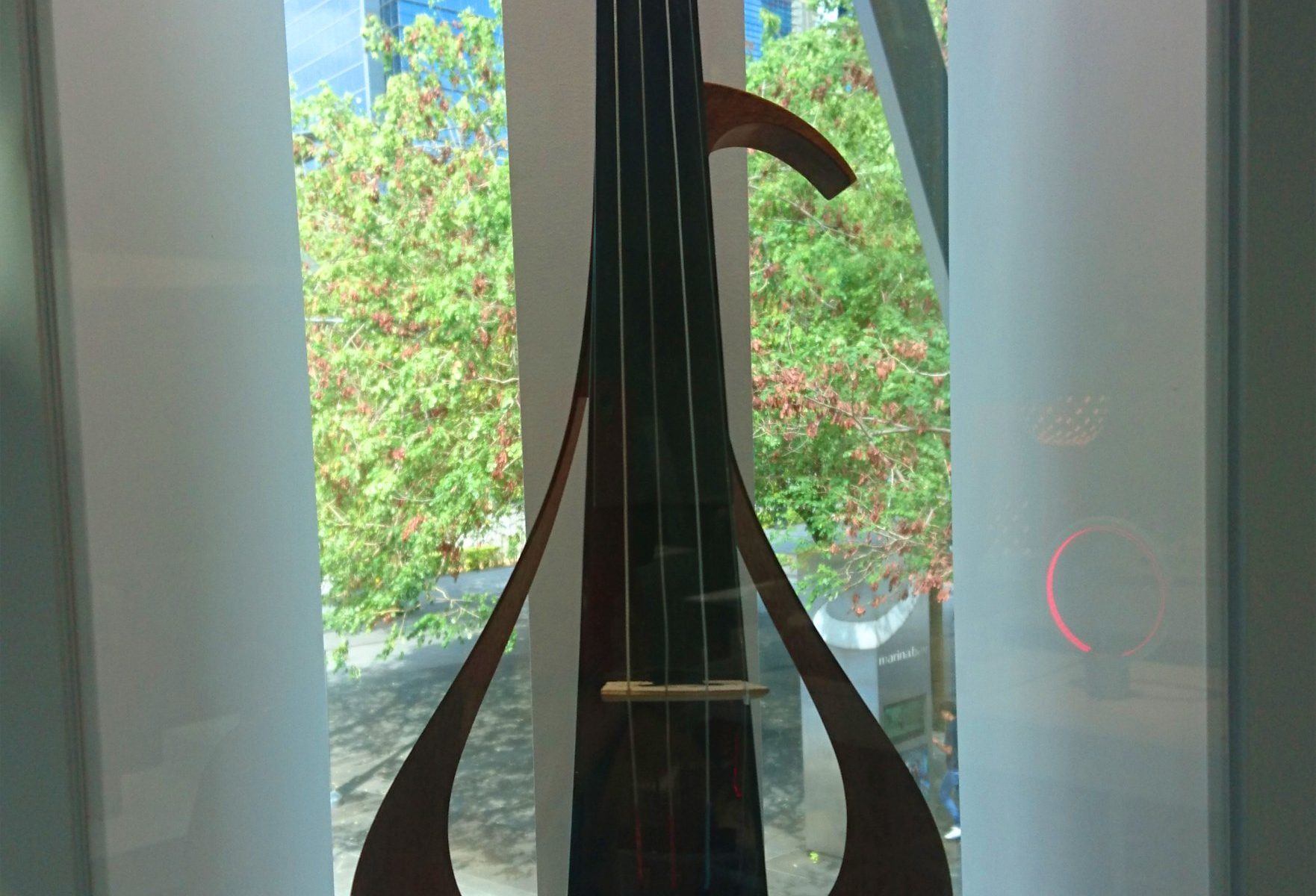 During our trip to the Red Dot Museum, I chanced upon Yamaha’s YEV Electronic violin. 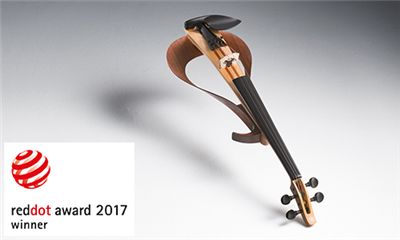 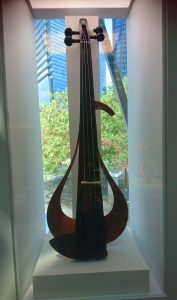 At first I was captivated by the use of wood to hint at a violin silhouette. This is very unlike the other electronic violins that are already market that either copies the silhouette of an acoustic violin, or is completely unrecognizable as a violin all together. The YEV violins are also described to have ‘a design that is beautiful from every angle point’ created by the slanted curvature of the wood and is said that ‘the graceful curves allow players who are accustomed to playing acoustic violins to switch effortlessly to the YEV’. 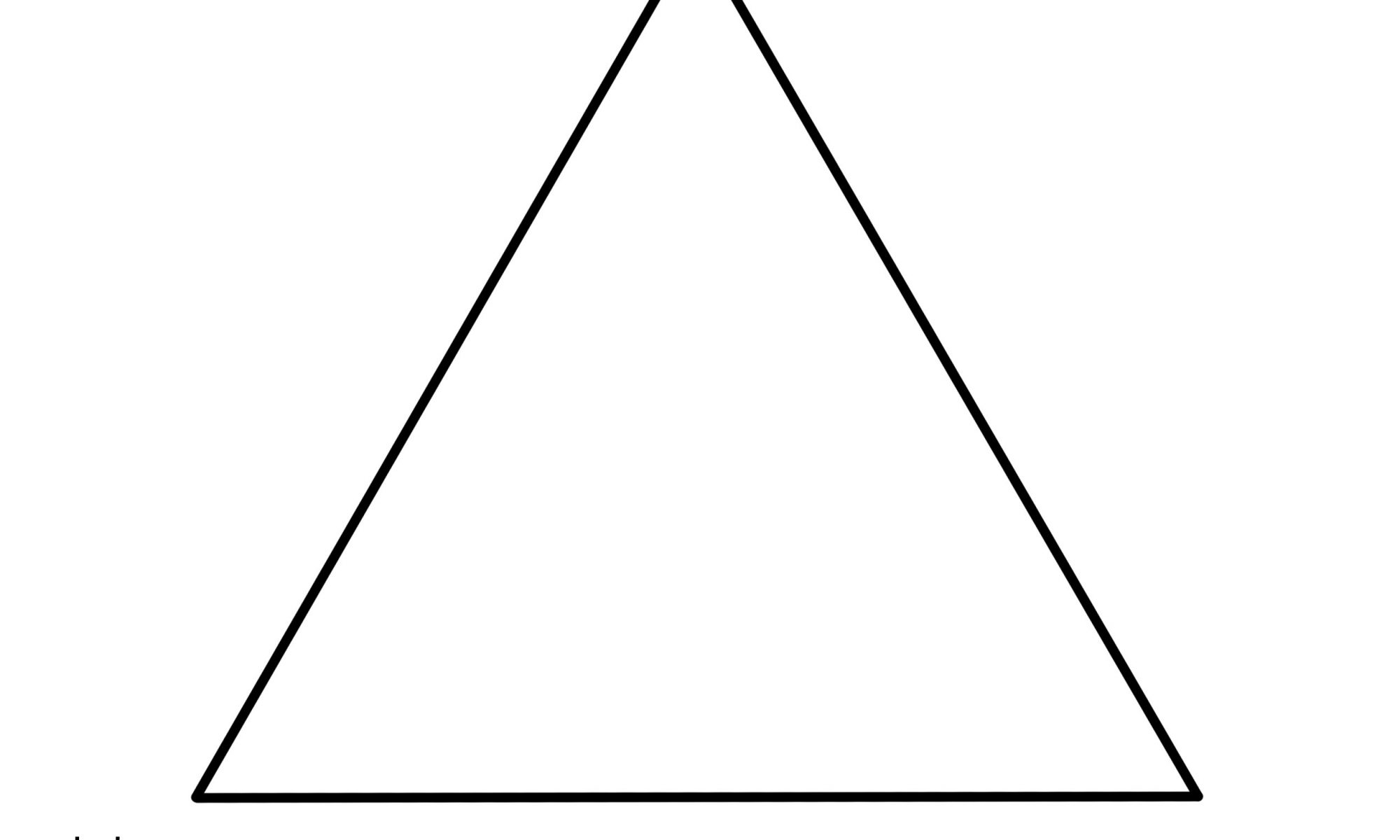 For my Field trip, I chose to visit Courts.

At courts I was looking at the fan section and realized that while the design for fans had evolved over the years, the old retro electronic fan look has made a comeback. Most fans seem to play around with the materials a standing fan is made of, but the GreenFan by Novita, had created a more sleek modern design by having a pad for buttons instead of switches or buttons that jut. Hence creating a smooth flat plane. 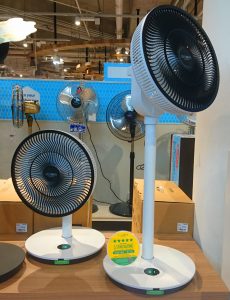 Hence I feel that on the Nodes of Influence chart, this product would score lower in emotional value, as its design is almost minimalist in nature. It should be average on the functional scale, as it does perform its purpose well, and as for the human scale it should be okay too since everyone is familiar with the symbols on the button pad in order to use it. 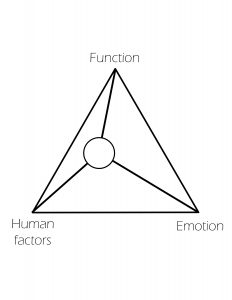 Subsequently whilst walking around Courts I noticed a row for Robot vacuums. I found it interesting large vacuums are now compacted into a small disk, and is now fully automated for consumer convenience. I was looking at the Samsung Robot Vacuum cyclone force as an example of a vacuum robot. I found it interesting that the design of the vacuum robot mostly took on the form of a circular disk (how do you clean corners?) and came with a remote. 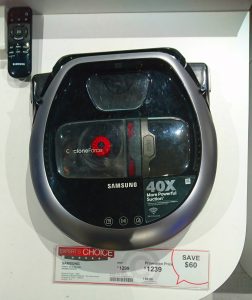 In this case the product is controlled by a remote so the human factor is accounted for. Again, there is not much emotional factor added into its aesthetic as these electronics are created for function over frivolous decorating. 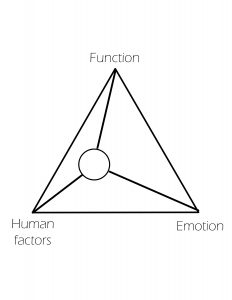