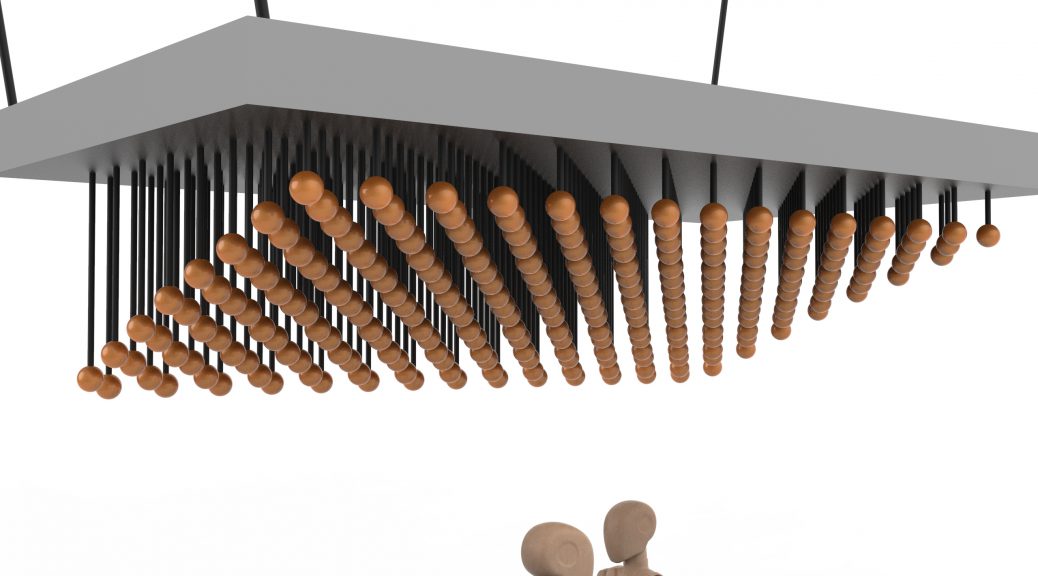 Here is a recap of what how we would like to proceed on our idea: 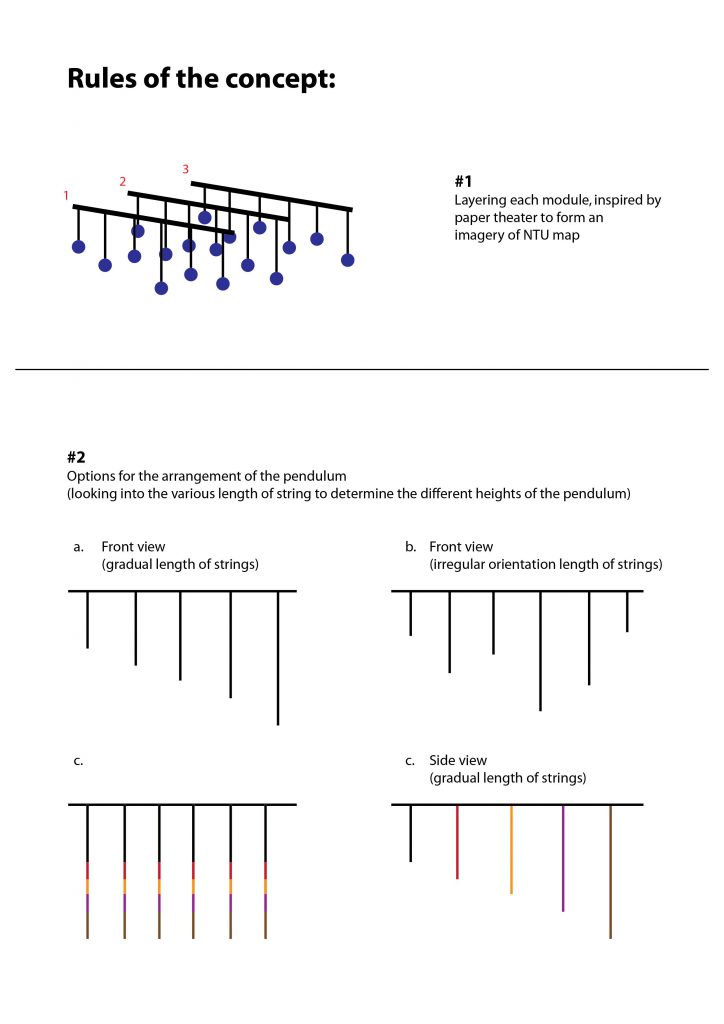 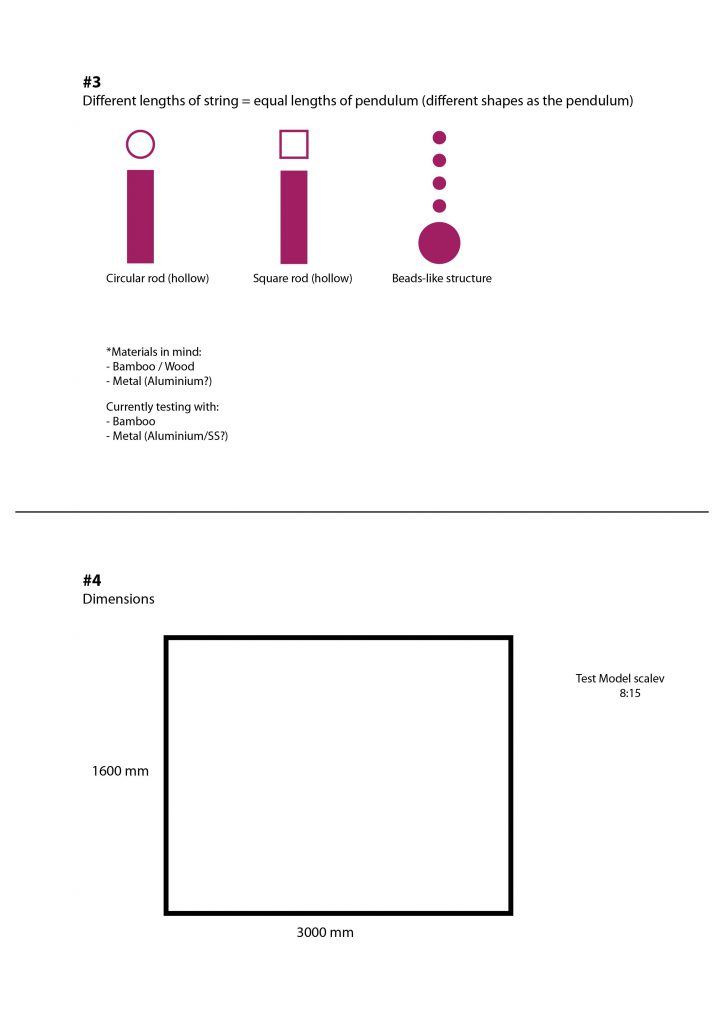 We wanted to see how the arrangements would look like virtually thus our renderings below. We wanted to see the scale of the installation therefore we input human models (man: 1720mm, woman: 1660mm).

With the same orientation, how about alternating the layers? 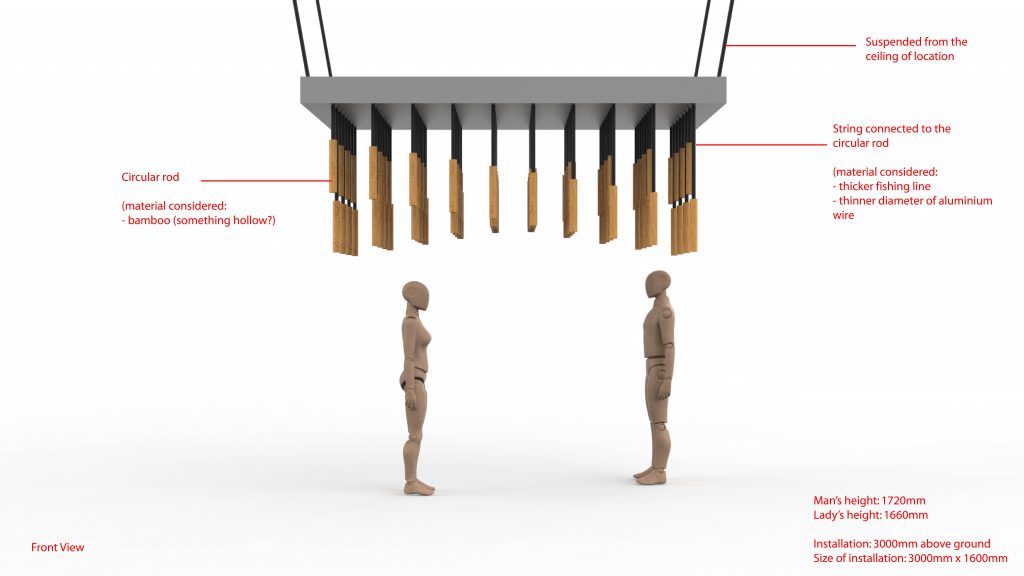 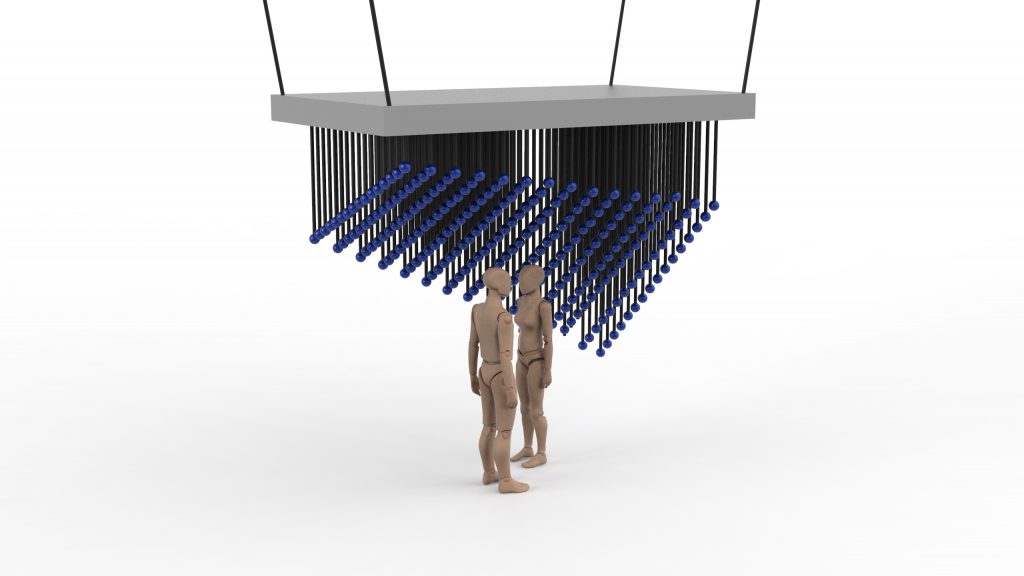 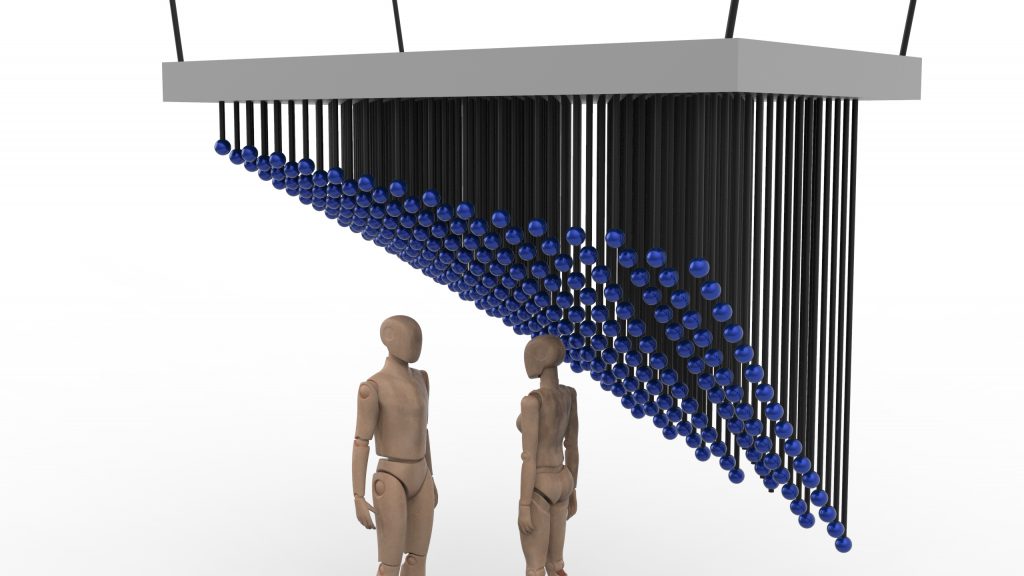 From the renderings #1 to 3, the arrangements are not as dense as the #4 to 7. This is because we were visualizing how different densities affect the installation. 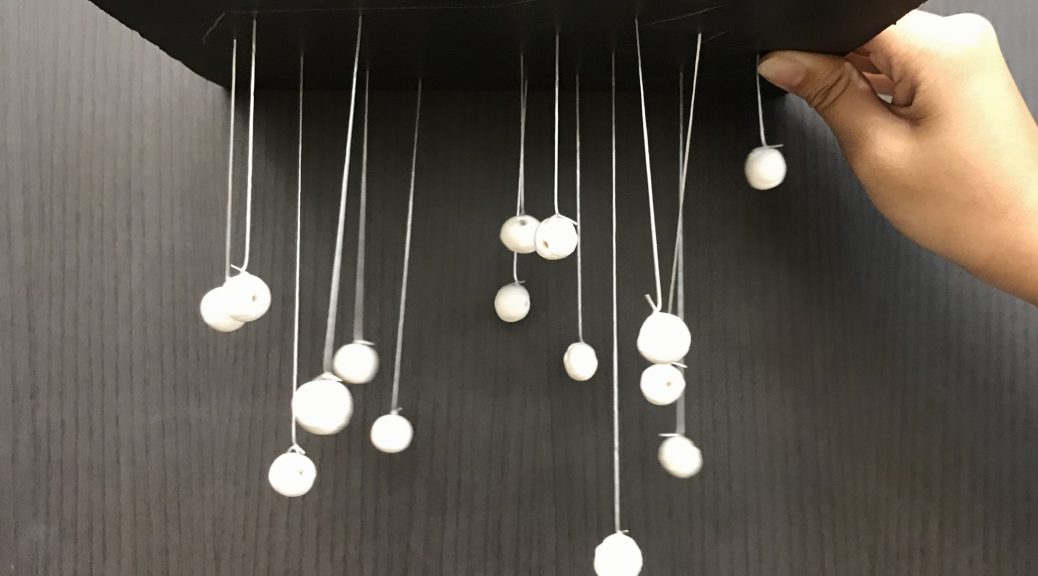 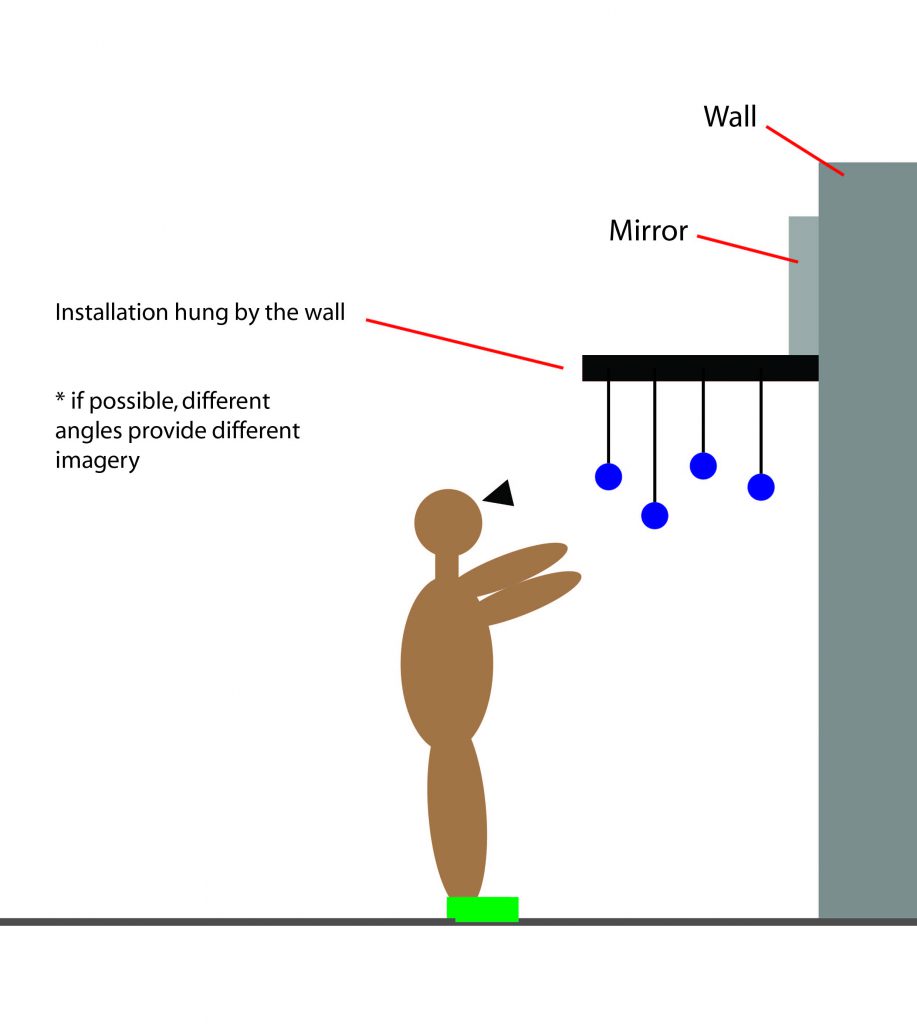 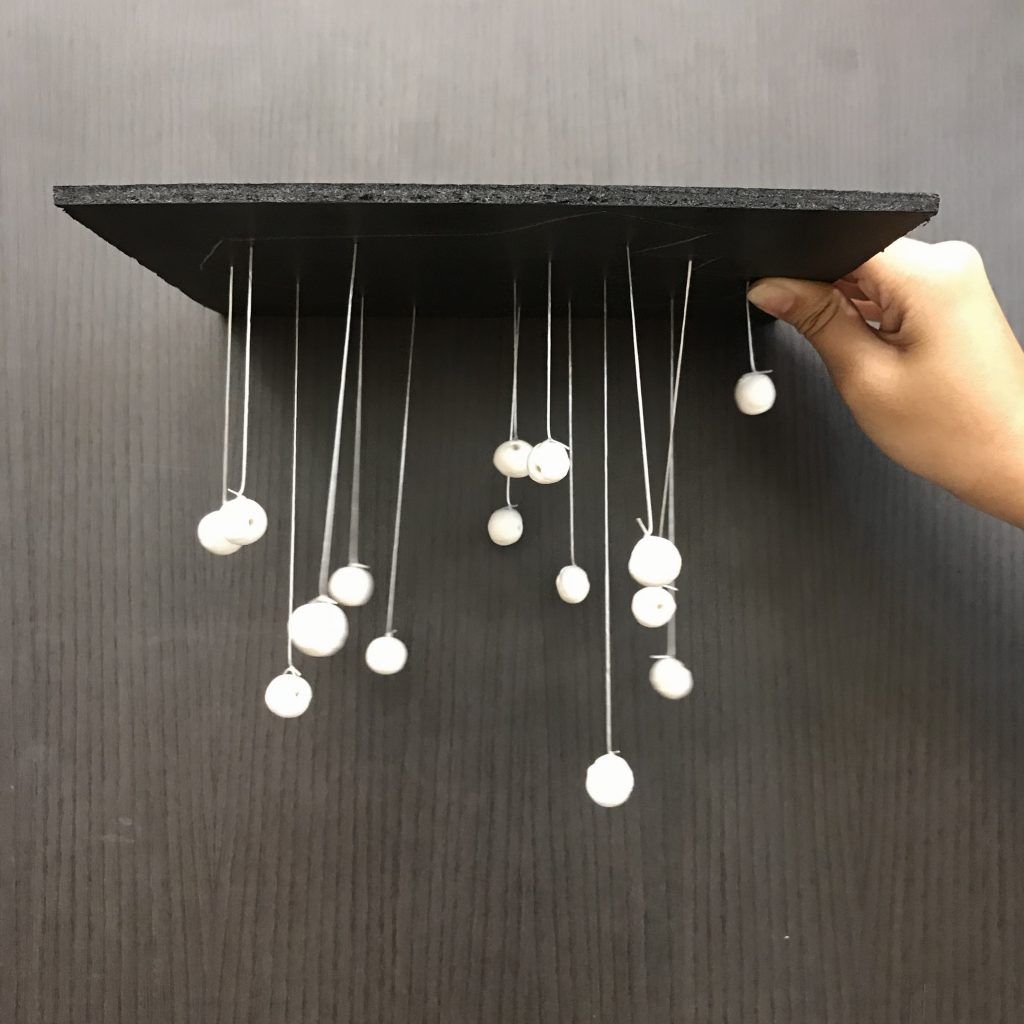 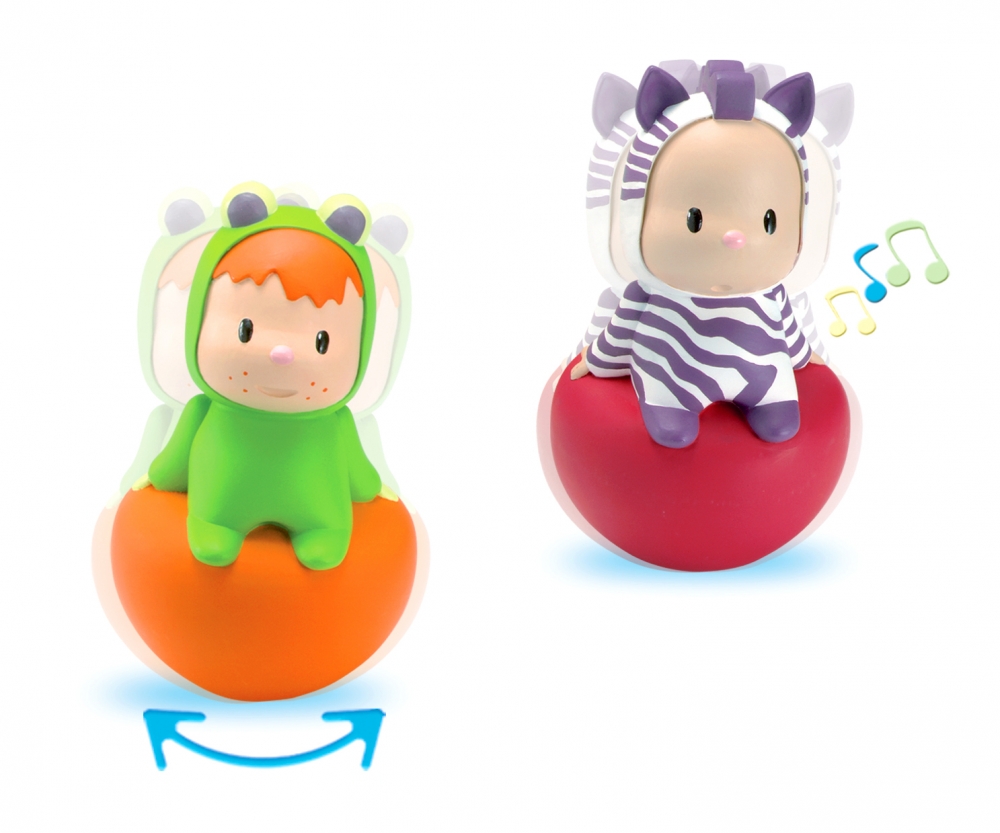