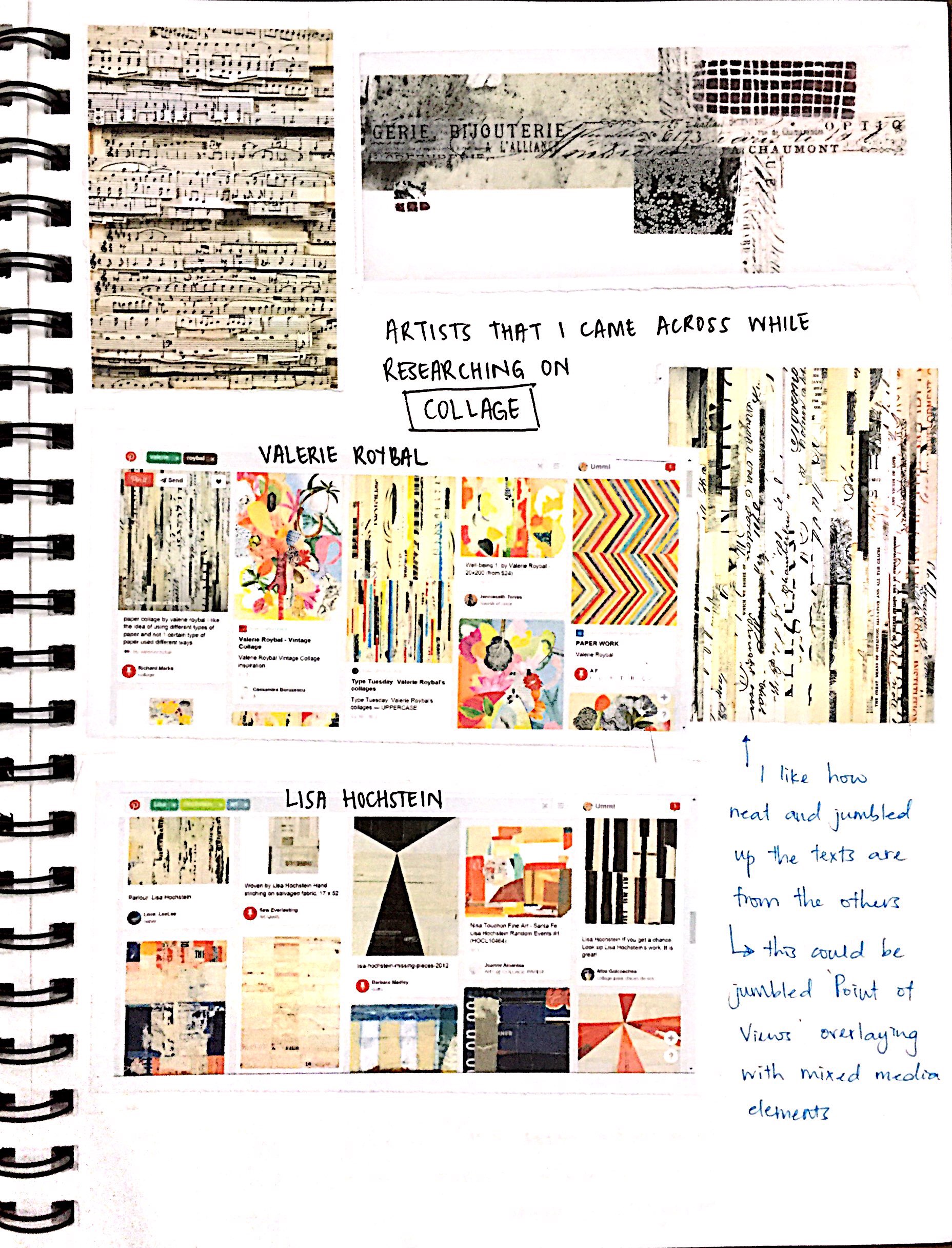 Well, this project did not really consist much of hard-copy journal progress for me because I used the scanner and digital work. But these are the scanned images of my journal on the research part of the project, mostly artists and their works found on Pinterest! 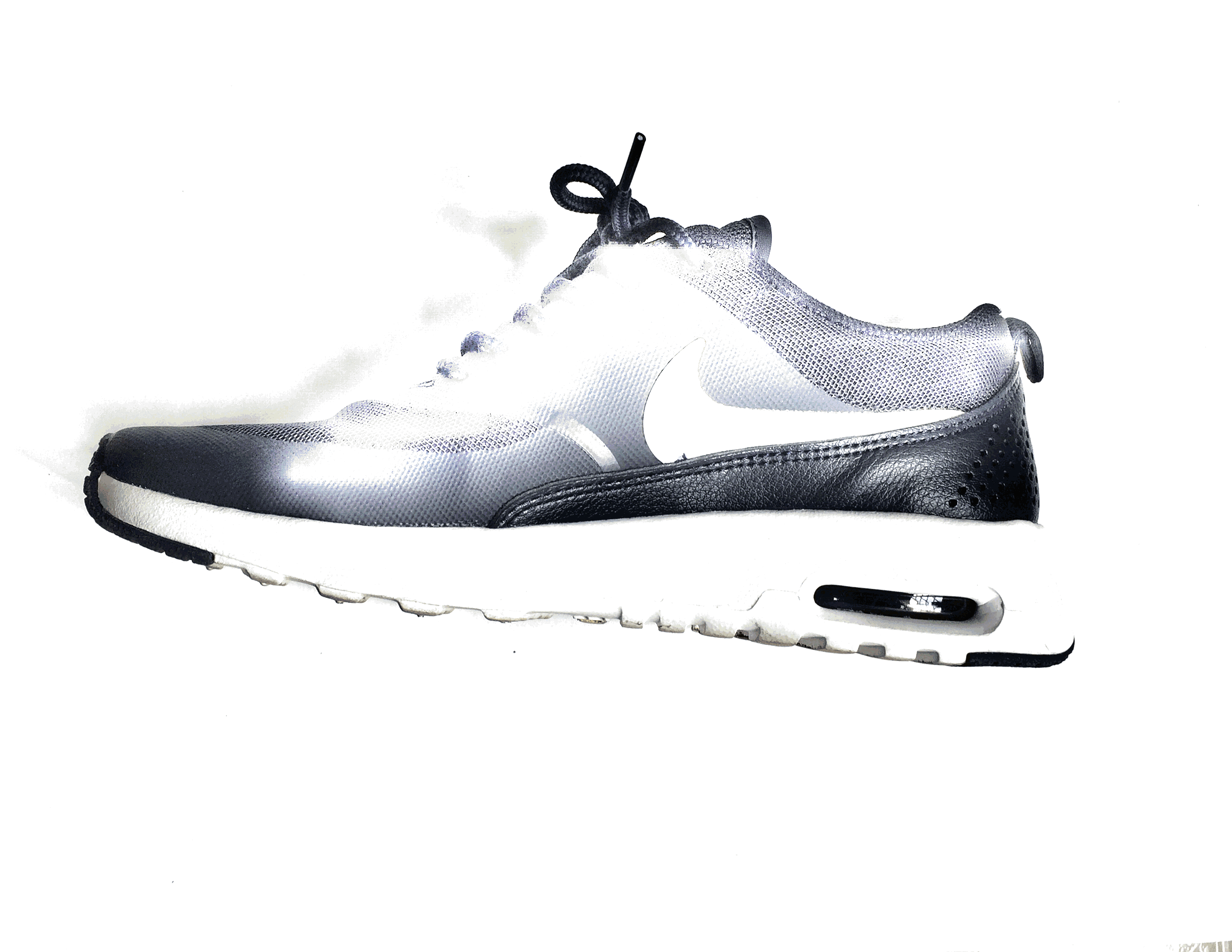 So with all the little by little research, I tried to do my own collage using brochures.  That was the initial idea so I randomly teared brochures and tried to put my idea from what i imagined to paper…. But it didn’t turn out the way I wanted to. 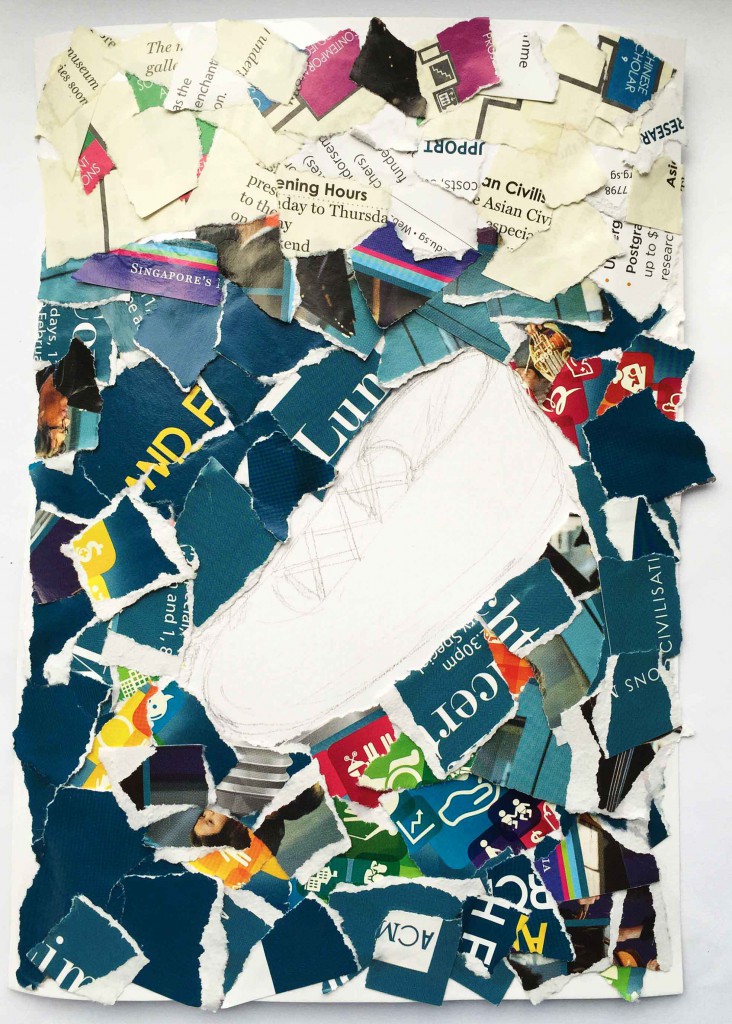 How is it a shoe is a bait? Why from the point of view of shoelace?

Let’s imagine (because the collage is incomplete):

Whenever you hold untied shoelaces on one side, the shoe tilts, or can be seen as hanging. From there I wanted the shoelace to represent a fishing line, and the shoe as the bait. What is left is the “fish” that will “eat” the “bait” (which is also missing in the collage). I wanted to collage the brochures into a hand reaching out towards the shoe from the bottom corner of the page, which will be represented as the fish.