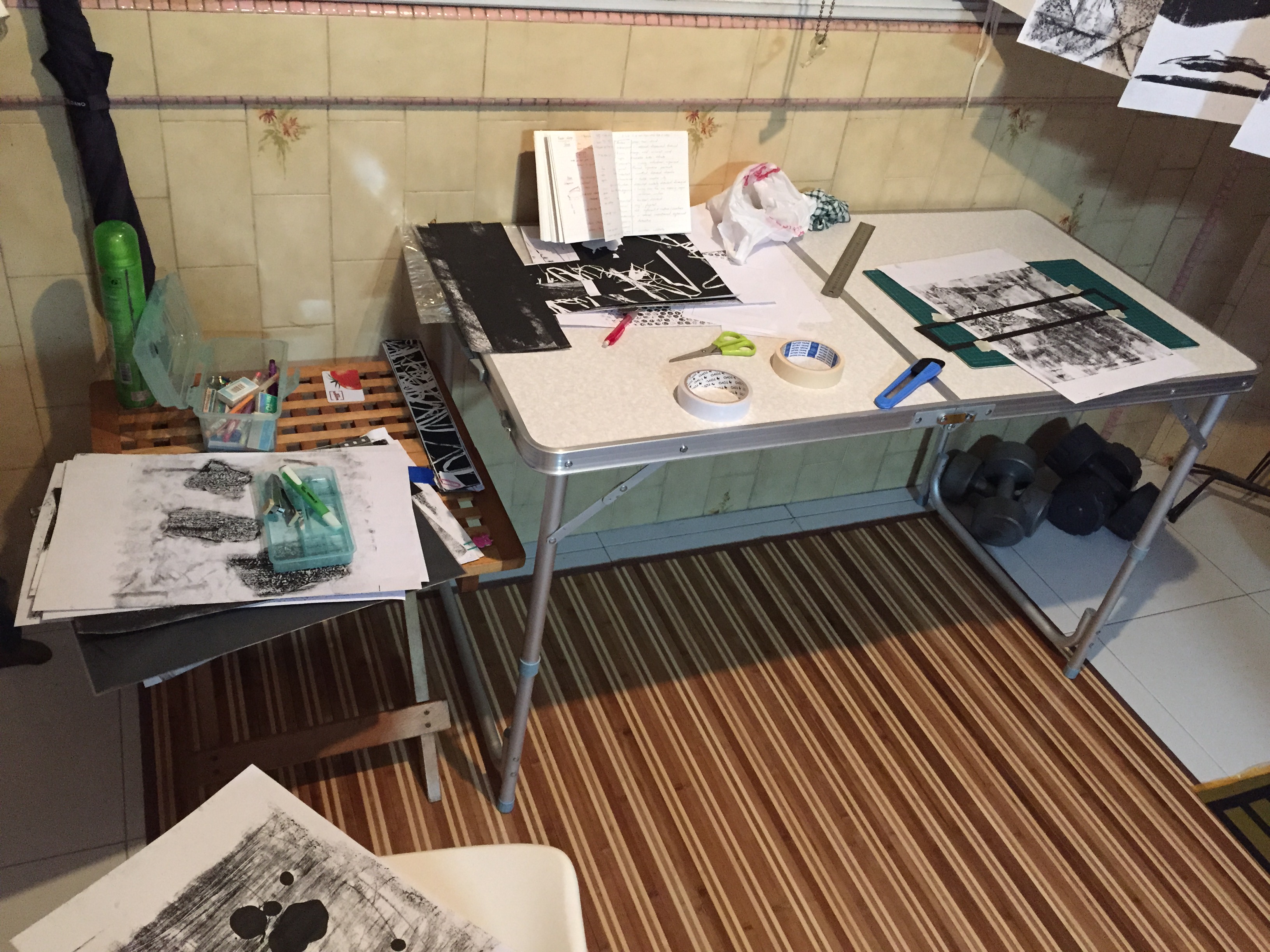 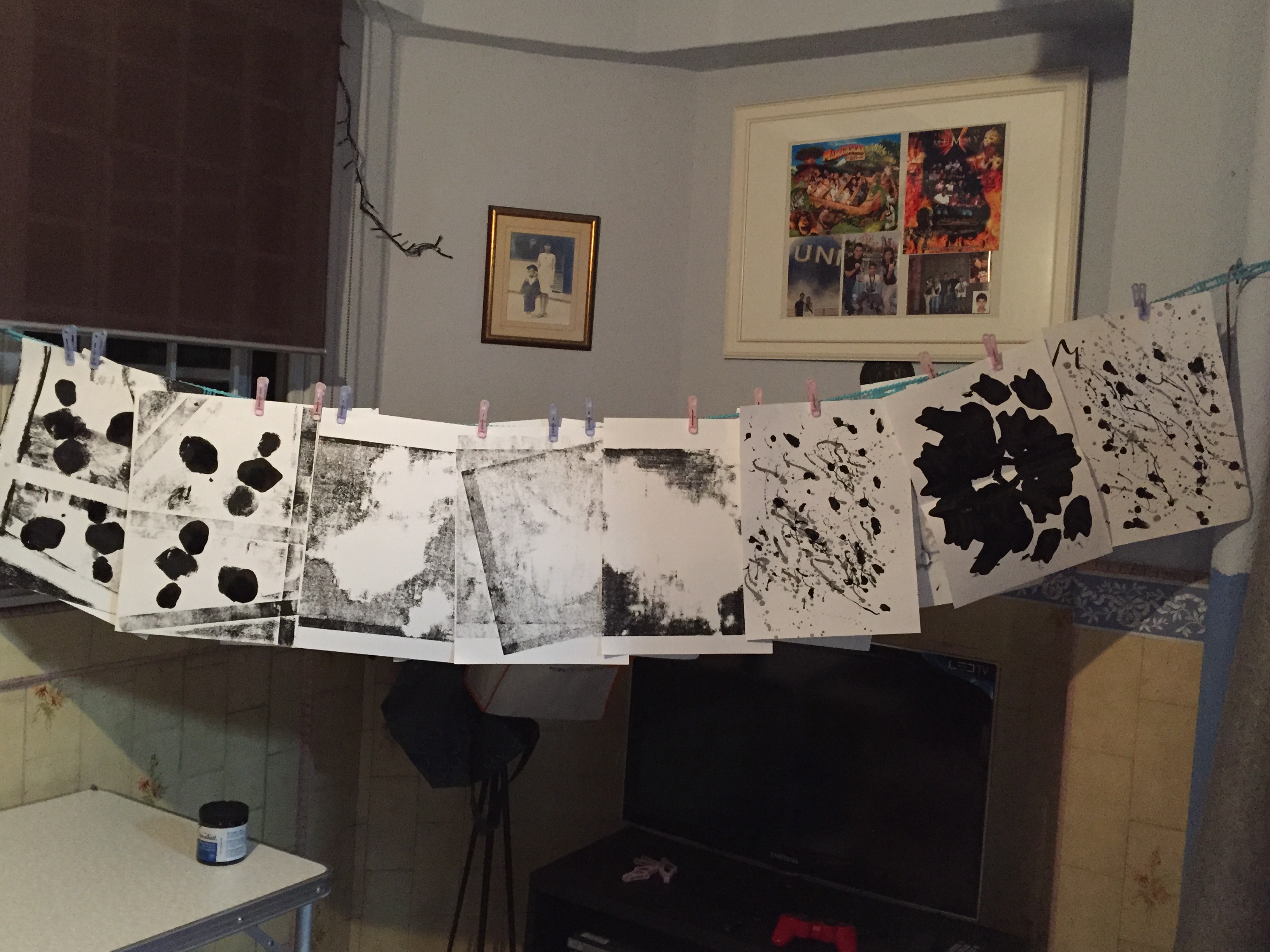 The link above shows the time-lapse video of the monoprinting process did by Gek Luan and myself last week. We decided “Why not do this for documentation purposes? It’ll be fun!” And so we did.

If you’ve watched the video, you’d experience watching the camera going down down down then it stops… Now, we could interpret this as the camera bowing and thanking you for watching the process of our mini monoprinting session.