Stories and Your Identity

For today’s class, Ru Yi taught us what makes a good story.

Finding your own voice.

And then Ru Yi showed us a video of novelist, Chimamanda Adichie‘s speech : The Danger of a single story.

After watching listening to her speech, I have learnt that as a child, she created stories based on what she was exposed to in American books; in which she has no first hand experience of as a Nigerian child. For instance, eating apples in winter and drinking ginger beer. As a child she was vulnerable and impressionable. Soon, she changed and started writing about things she recognizes on first hand. She then realized that many of us including herself then that media’s portrayal of people and their single story kind of forms what a specific group of a person ought to look like, this has resulted in what they have become to the rest.

In order for a good story to be created, we need to have characters that are impressionable. Hence there is a need to define the need of your characters.

Hence, I watched Kill Bill Volume I for the first time, and had a go at dissecting the main character: The Bride (and yes she wasn’t given a name, they bleeped her name when mentioned in the film by other characters)

Here is the trailer for the movie! 🙂 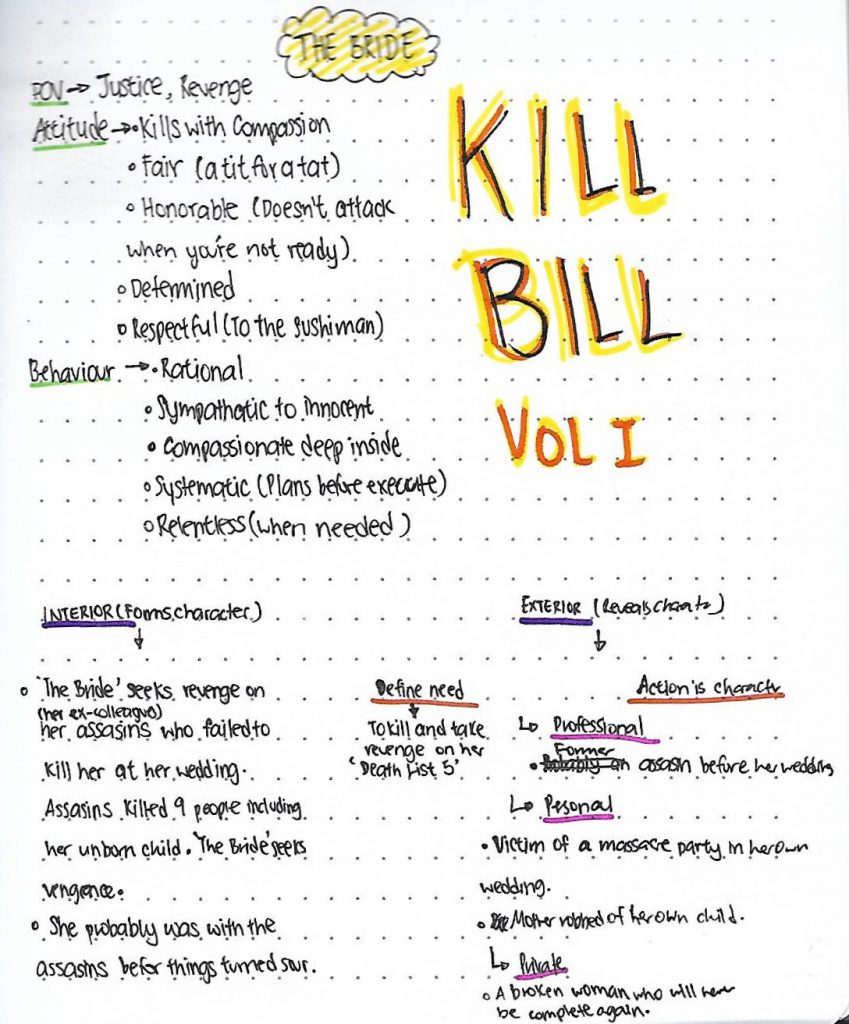 This is the dissection of ‘The Bride’ in Kill Bill Volume I I have attempted in. 🙂

I have learnt that character dissection is very important because it helps the character in the movie to connect with the audience in terms of familiarity and evoke a feeling to care for the character. This enhances the plot of the film.