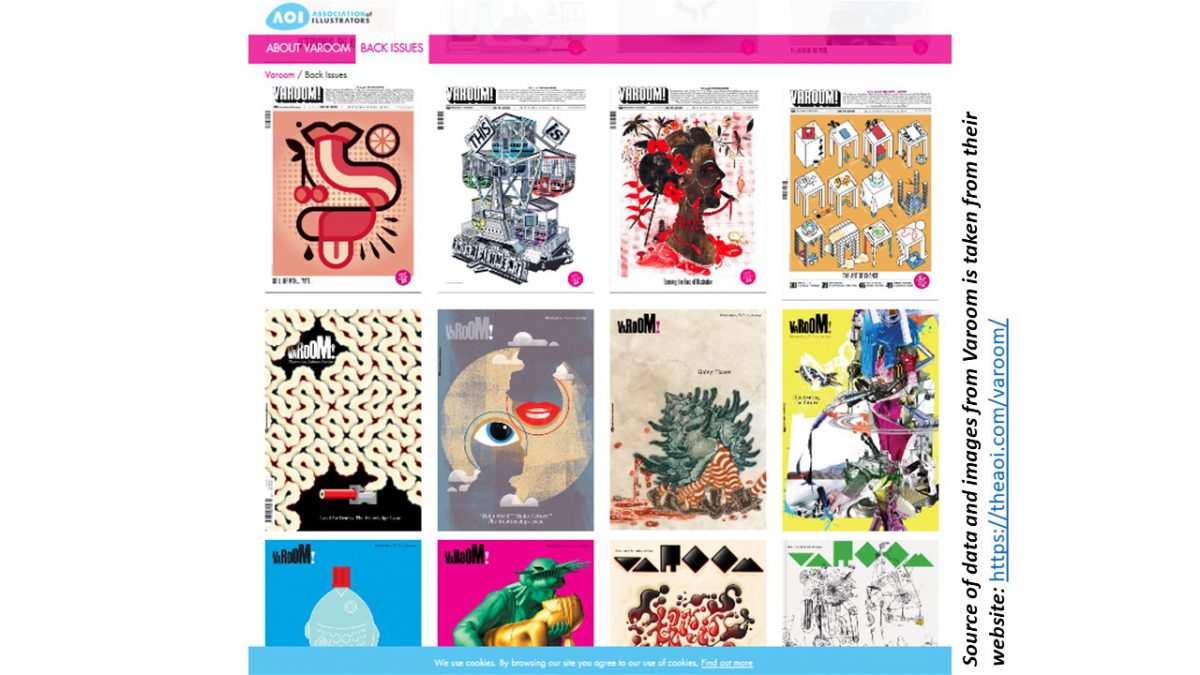 Welcome to the second assignment posting for Illustration for Designers! 🙂
So stoked to be able to be able to work on an editorial illustration, which I find that would be greatly practical for future use!

The brief states that…

We are commissioned to create an illustration for the front cover of The Associate of Illustrators bi-annual magazine, ‘Varoom’. Each of the edition is themed and we are to choose one of the following 3 themes.

Before I jump into the task, let me do some research as to know what ‘Varoom’ is all about!

Varoom
Varoom is the globally leading illustration magazine featuring a unique combination of industry insight and critical analysis of the field of illustration.

Varoom probes audiences to  comment and discuss on the contemporary illustrated image in depth. It features: Interviews with illustrators, image-makers and designers as well as critical articles by leading commentators. 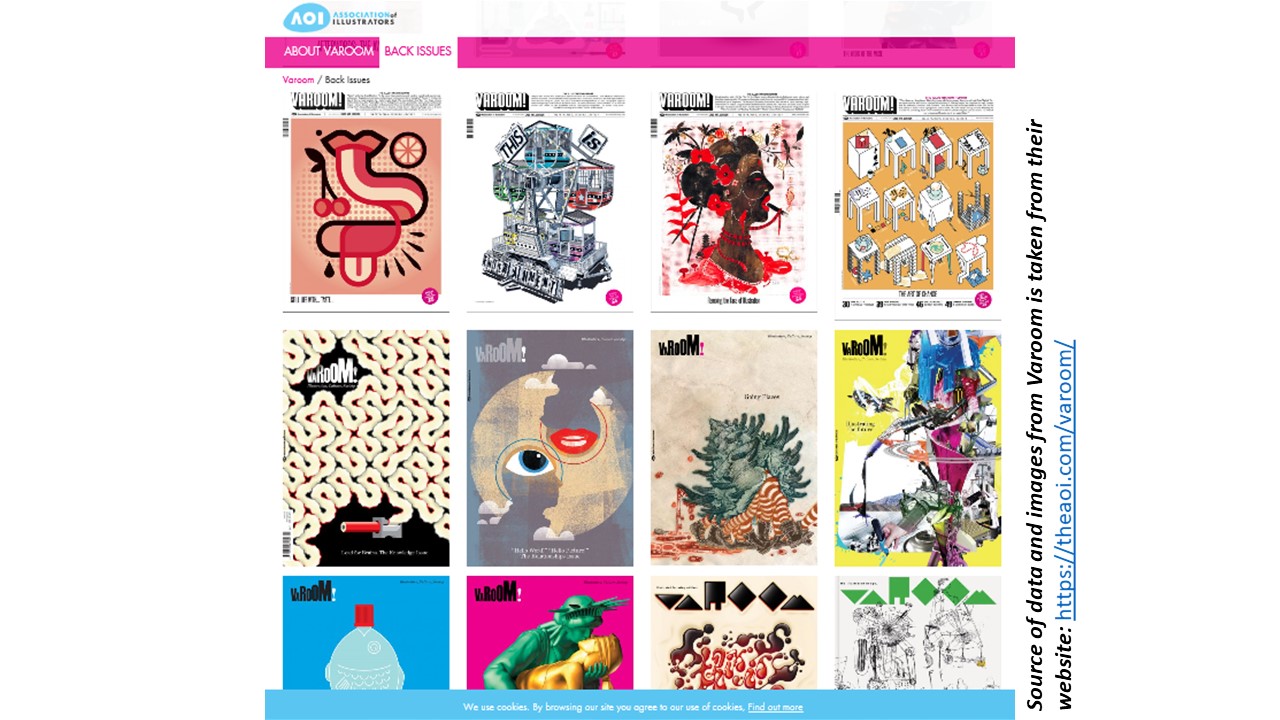 This is just some of the cover issues of the magazine.
I realized that every issue varies so much in style and form of illustration. This may be due the fact that the illustrators are not fixed.
The brand seemed very versatile and open to various forms of editorial illustrations.
I think that as long as the illustration fits the theme and probes the audience to think in depth, it sends an indirect message on contemporary articles.

What is editorial illustration?

Every day, print media such as  newspapers and magazines print illustrations alongside their articles to illuminate some element of the concepts for the reader. Essentially, an editorial illustration is based on a theme that may  not be explicitly written out. But the contextual meaning and theme is prominent through the visuals. Activating your left and right brain.